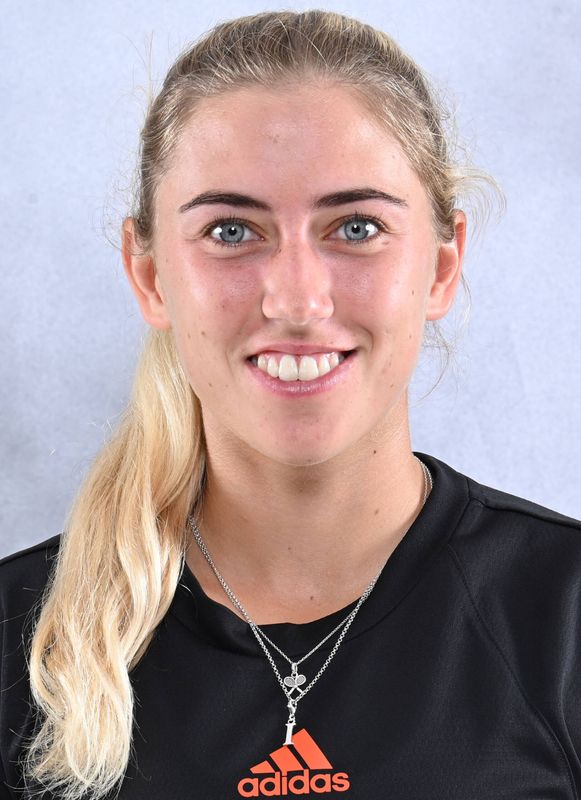 Prior to College: Peaked at No. 1,012 in the WTA rankings in September 2018 … Ascended as high as No. 556 on the ITF Juniors list in June 2019 despite limited competitions … Placed No. 41 in Germany’s senior rankings in March 2020 … Former top-ranked U18 player in her home nation … Owns four German National Junior Championships crowns: 2018 U18 doubles, 2017 U16 singles, 2016 U16 doubles and 2015 U14 singles … Represented her homeland at the 2018 European Championship Tournaments in Klosters, Switzerland, and at the same event in 2017 in Moscow, reaching the Round of 16 both times … Competed for Germany at the 2017 U16 European Team Summer Cups in Rivne, Ukraine, and at the same tournament at the U14 level in 2016 in Izmir, Turkey … Won two national tournaments in 2020 and three in 2019 … Advanced to the quarterfinals of an ITF Grade 1 singles event in Offenbach, Germany, in June 2019, and defeated Alexandra Yepifanova, a finalist at the 2019 US Open Junior Championships … Christian Seraphim, a former top-ranked doubles player and team national champion at Wake Forest, also attended Otto-von-Taube Gymnasium Gauting.

Personal: Full name is Isabella Charlotte Pfennig … Last name is pronounced FENN-Igg … Goes by Bella … Born Nov. 18, 2001 … Parents are Michael and Sabine Pfennig … Father is a financial consultant and mother is a business administrator … Has an older brother, David, and a younger brother, Nicolas … Majoring in economics … Career goal outside of playing tennis is to be a manager or coach at a tennis academy … Enjoys playing ping pong and soccer … Favorite athlete is Dominic Thiem because of his intensity and fair play on the court … Best sports memory is winning the U16 German National Junior Championships in 2017 without dropping a set … Participated in multiple Model United Nations conferences in 2019 and 2020 … Served as the spokeswoman for German junior tennis players from 2017-19 … Chose Miami because of the quality of the team, the coaches, the academics and the campus … Committed to Miami over Georgia Tech, Harvard, USC and Yale.