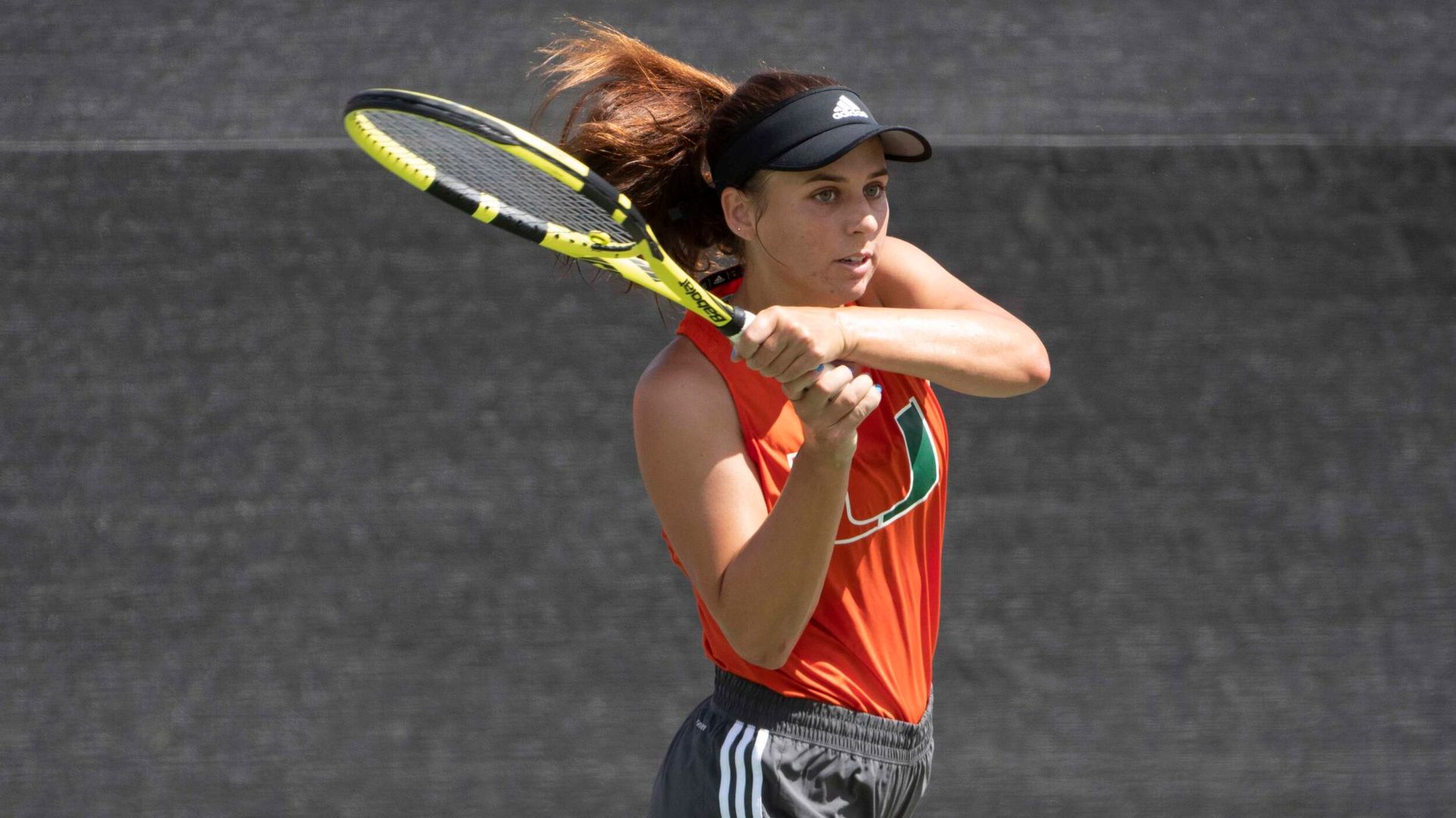 No. 23 Miami (3-1) rallied to take the doubles point and then, after the Jayhawks leveled the score, took three straight singles matches to earn the victory.

“I think it says a lot about our character to bounce back so quickly against a very solid Kansas team,” Miami head coach Paige Yaroshuk-Tews said. “I’m looking forward to seeing Old Dominion this weekend in Miami.”

Fourth-year junior Daevenia Achong and fifth-year senior Eden Richardson, together ranked No. 40, beat Malkia Nguonoue and Maria Titova, 6-4, to even the tally.

Sophomores Audrey Boch-Collins and Isabella Pfennig then gave Miami the 1-0 lead with a 6-4 result against Raphaelle Lacasse and Mariana Manyoma-Velasquez.

Tahan put the Hurricanes back in front with a resounding 6-2, 6-2 triumph against Manyoma-Velasquez and Boch-Collins followed that with a stellar 6-3, 6-2 showing versus Lacasse to make it 3-1.

No. 76 Pfennig clinched the win for Miami, posting a 6-2, 6-2 win over Smagina to end the match at 4-1. The other two contests were both left unfinished.

Miami resumes play next Saturday at noon against Old Dominion at the Neil Schiff Tennis Center in Coral Gables, Fla.