America's favorite bird and the best mascot in college athletics!

Appearances are available upon request with a minimum three-week notice. If any request is made with less than three weeks notice, there will be an additional charge. Because of the students’ time demands, we cannot guarantee that each requested appearance will be fulfilled. Priority will be given to athletics-related duties.

Appearance fees for all requesting individuals or groups are as follows and include travel time: 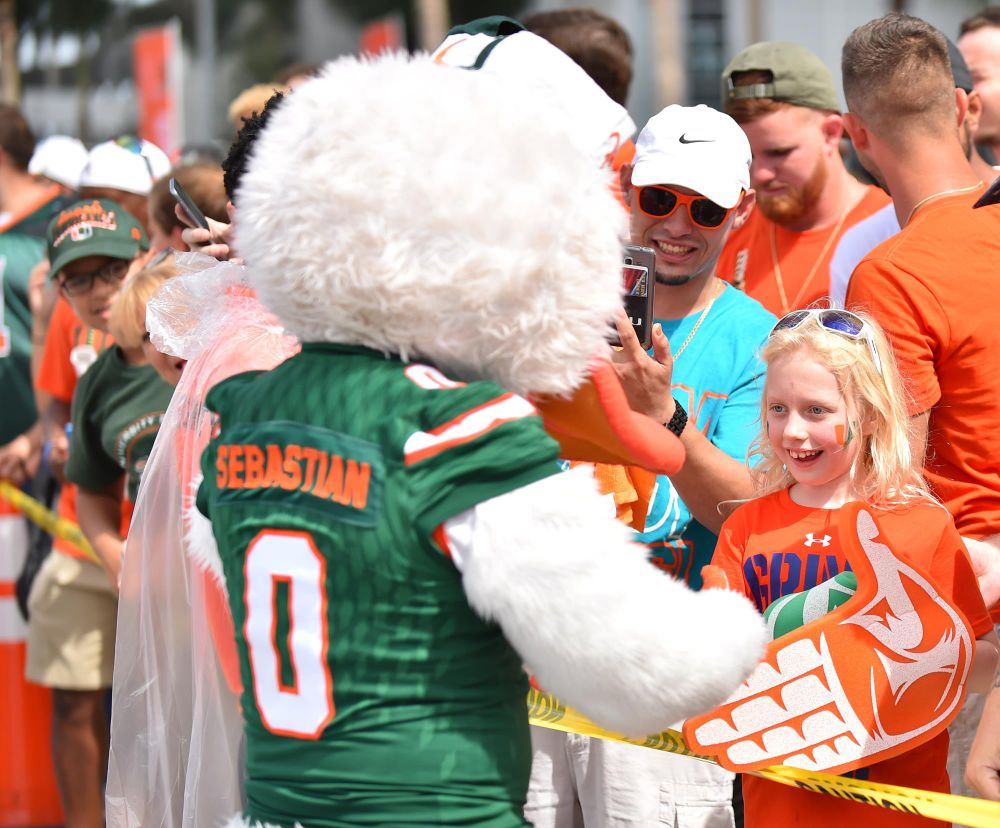 Folklore maintains that the Ibis, a symbol of knowledge found in the Everglades and Egypt, is the last sign of wildlife to take shelter before a hurricane and the first to reappear after the storm. The local marsh bird was considered UM’s first unofficial mascot when the school yearbook adopted the name “Ibis” in 1926. Its popularity grew among the students during the 50’s. 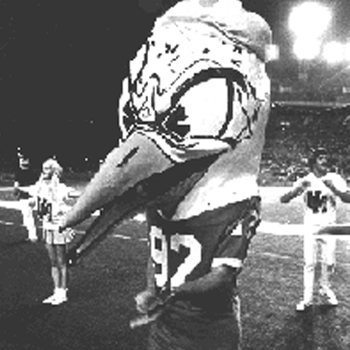 In 1957, San Sebastian Hall, a residence hall on campus, sponsored an Ibis entry in the homecoming celebration. The next year, student John Stormont performed at games in an Ibis costume that was glued, sewn and pinned together and was the forerunner of today’s bird. Through the years, the Ibis has become one of the most recognizable college mascots in the United States.

Whether it’s on the field at Hard Rock and Cobb Stadium or on the court at the Watsco Center and Knight Gym, you can always find Miami’s biggest fan, Sebastian the Ibis. 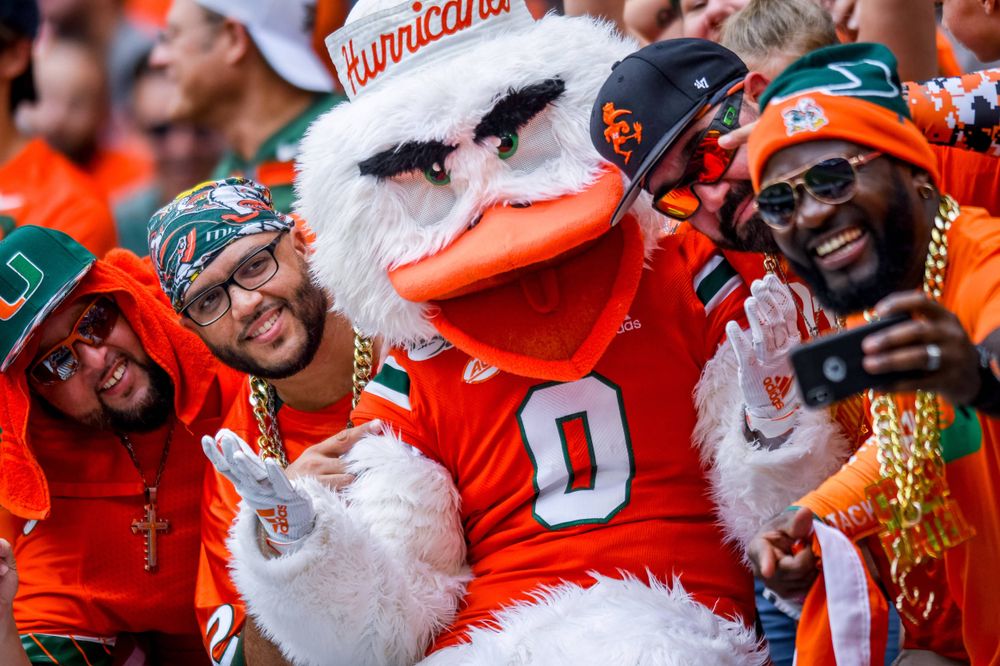 MIAMI, FL - OCTOBER 19: The University of Miami Hurricanes against the Georgia Tech Yellow Jackets at Hard Rock Stadium on October 19, 2019 in Miami, Florida.