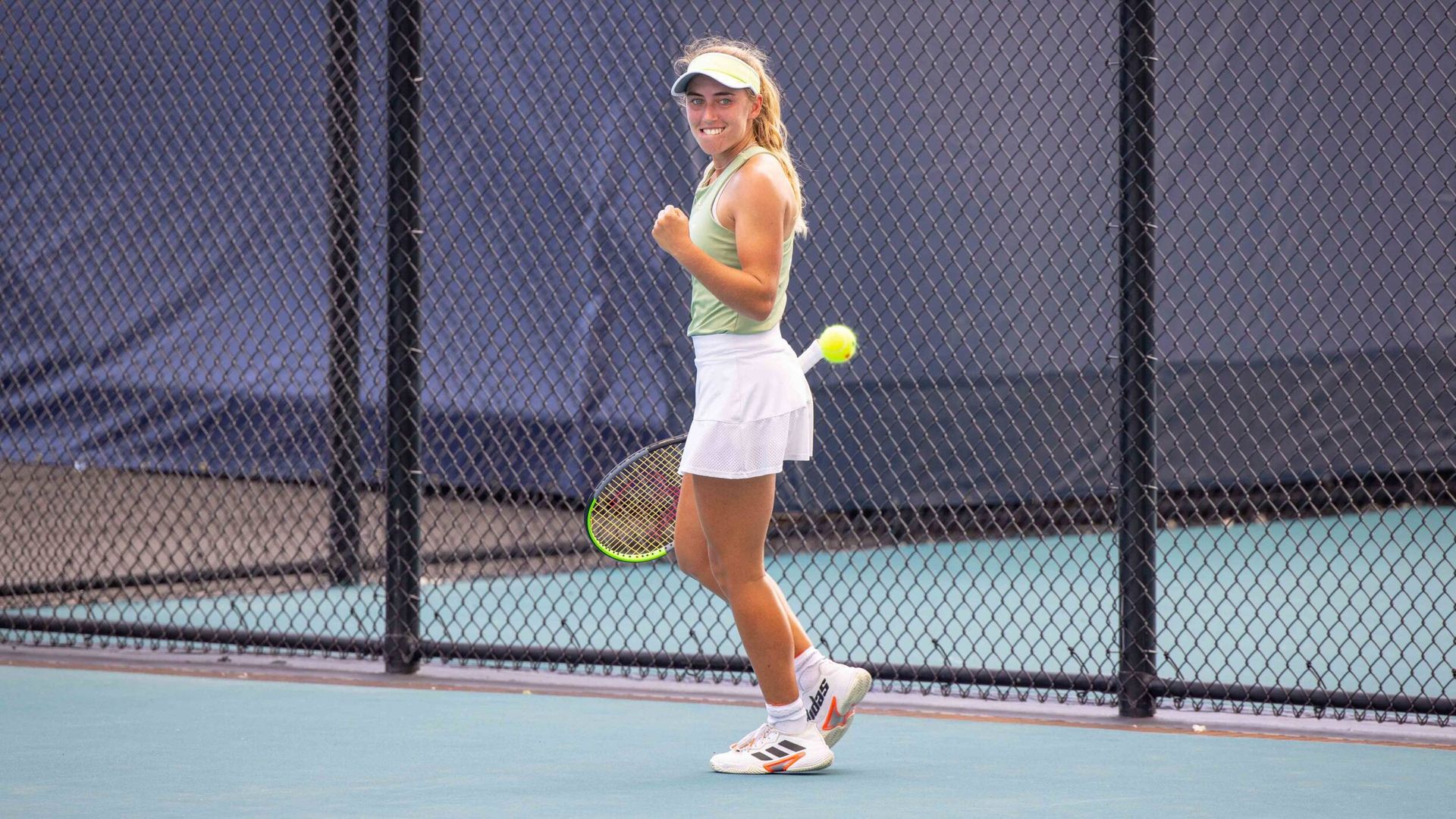 Eighth-ranked Miami (14-4, 8-3 ACC) did not drop a single set on the day at Bass-Rudd Tennis Center, posting its first ACC sweep of the year in its regular season road finale.

“We took care of business today. I was happy with things coming off of a tough Friday,” Miami head coach Paige Yaroshuk-Tews said. “I’m proud of how they responded and I’m looking forward to a great end to our home slate next weekend.”

The Hurricanes quickly raced out to a victory atop the doubles lineup, as fourth-year junior Daevenia Achong and fifth-year senior Eden Richardson, together ranked No. 20, needed just a half-hour to defeat Sasha Gorchanyuk and Rhea Verma, 6-2.

Freshman Tatyana Nikolenko then earned her first collegiate doubles win, as she paired with third-year sophomore Maya Tahan to notch a 6-2 triumph versus Dina Chaika and Chelsea Sawyer, giving Miami a 1-0 lead.

Miami cemented its control of the match by winning all six opening sets in singles. No. 74 Pfennig and Nikolenko closed out their matches first, clinching in a span of seconds, to give the Hurricanes a 3-0 lead. The former beat Gorchanyuk, 6-1, 6-0, while the latter topped Chaika, 6-3, 6-0.

All three remaining matches were played out, with each going to the Hurricanes in straight sets. Mere minutes after Tahan clinched, No. 28 Achong tacked on the fifth point by downing Sawyer, 6-4, 6-3.

No. 48 Richardson upped Miami’s lead to 6-0 with a 6-3, 6-4 triumph against Verma and then Boch-Collins completed the sweep by finishing off a 6-2, 6-4 decision versus Richardson.

Sunday marked the fourth shutout win of the season for Miami, including the third by a 7-0 score. Yaroshuk-Tews now has 158 sweeps in her 21-year tenure as head coach, with 101 of them since 2009.

Miami now returns home to play a pair of matches at the Neil Schiff Tennis Center on the final weekend of the regular season, beginning Friday at 5 p.m. versus Boston College.