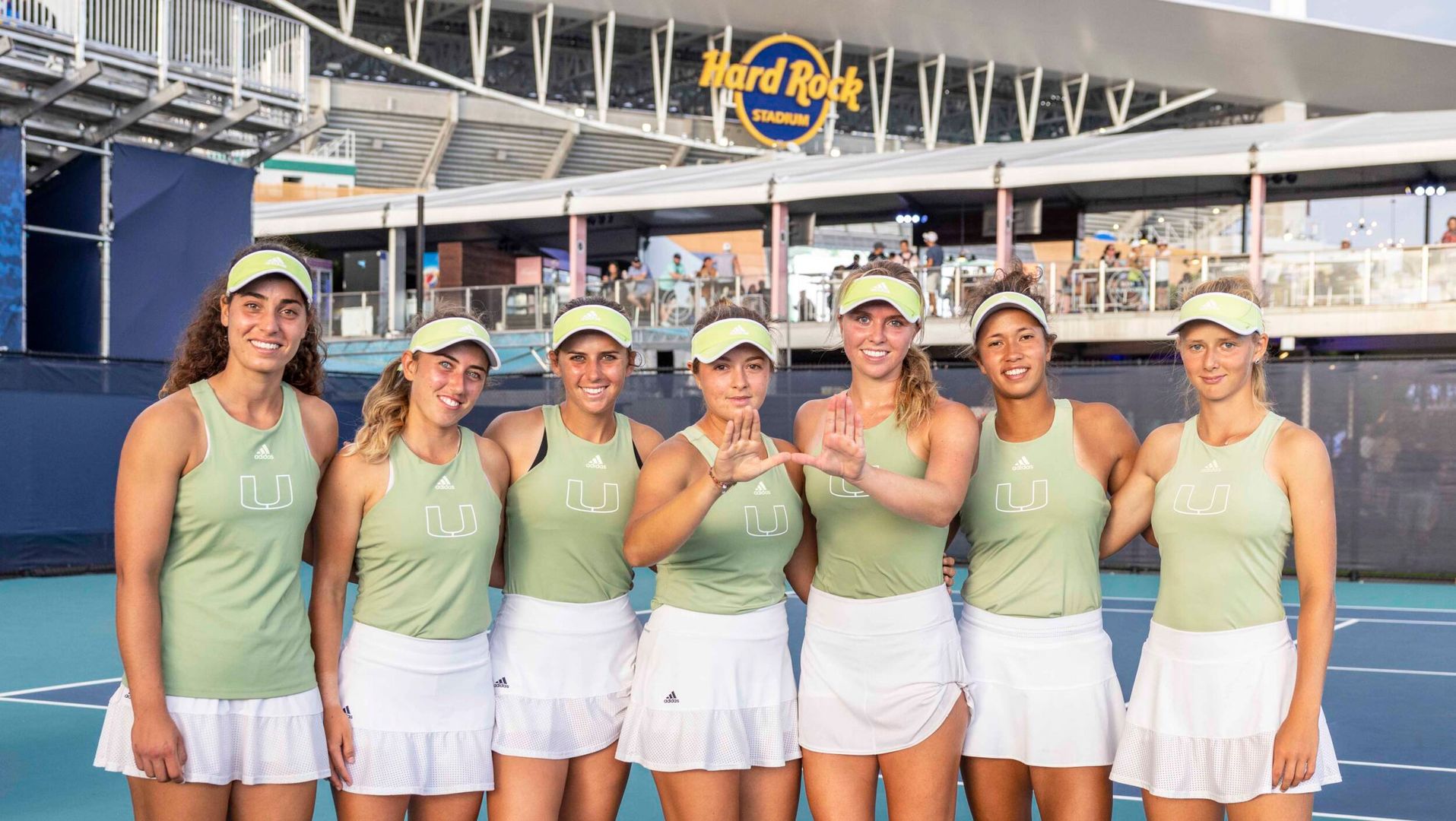 In the first-ever college tennis match at the Miami Open, sixth-ranked Miami (13-3, 7-2 ACC) won the opening six points of the evening. The Hurricanes dropped just six total sets on the day, three of them in tiebreakers.

“I think we did well. Obviously, we came up a little bit short at one doubles and one singles, but you’ve got to give credit to Columbia; they played well,” Miami head coach Paige Yaroshuk-Tews said. “I think we did a good job. This is a great experience for the kids and, I think, under these circumstances, in this environment, they stayed pretty focused and did great.”

Third-year sophomores Diana Khodan and Maya Tahan, together ranked No. 62, got Miami off to a fast start in doubles, tallying a 6-1 victory over the Columbia (10-8, 0-1 Ivy) duo of Winta Tewolde and Anna Zhang.

Sophomores Audrey Boch-Collins and Isabella Pfennig then clinched the opening point for the Hurricanes by defeating Shivani Amineni and Jennifer Kerr, 6-3.

Miami got its fourth and fifth points within seconds, but No. 64 Pfennig officially recorded the clincher. The Gauting, Germany, native topped Kerr, 6-4, 6-2, to seal the neutral-site victory and then, moments later, Boch-Collins finished off a 6-0, 6-3 decision versus Julia Haynes.

The final two matches were both played out, with the first going to Miami. Tahan won every point of the decisive tiebreaker to register a 6-4, 3-6, 1-0 (10-0) result against Sakar for the Hurricanes’ sixth and final point.

For the Hurricanes, Friday marked the seventh time this season they logged at least six points, including the fourth in the last six outings. This one, though, was particularly memorable since it came at Hard Rock Stadium.

“I think they got a couple of good practices out here this week and then played a solid match today,” Yaroshuk-Tews said. “This is just huge for college tennis. This is huge. To be on this stage, in front of this many people, in an event like this, it’s just so big for college tennis.”

Miami now wraps up its regular season road slate with a pair of matches next weekend, the first of which is against Notre Dame, with action slated for Friday at 3:30 p.m. in Notre Dame, Ind. 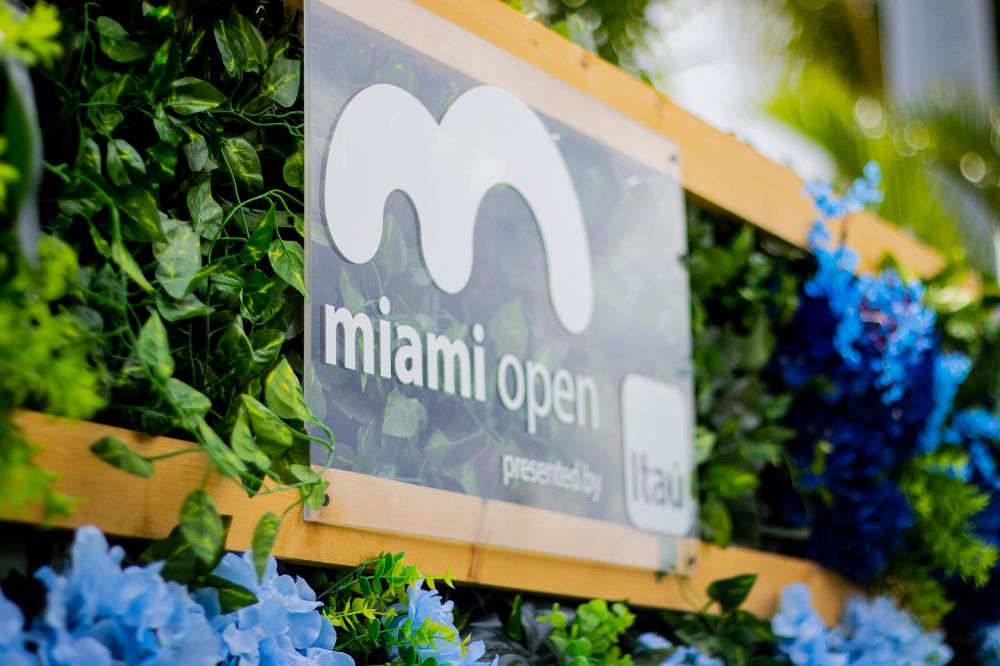