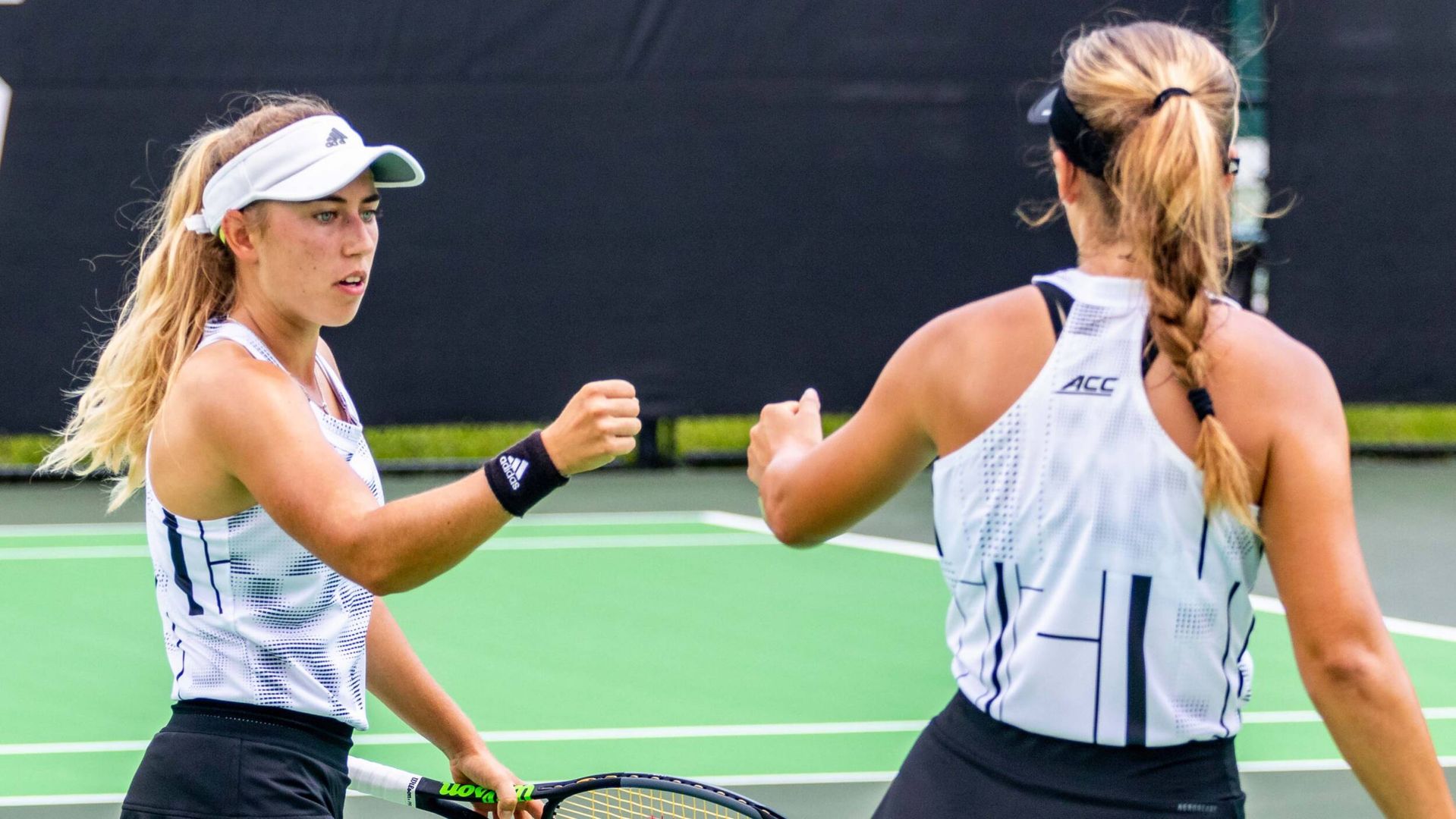 Ranked and seeded ninth nationally, Miami (18-5, 10-3 ACC) advanced to the Round of 32 for the 20th consecutive time, a streak that dates back to head coach Paige Yaroshuk-Tews’ first season at the helm in 2002.

In addition, the Hurricanes improved to 26-1 in NCAA Team Championship play on their home court at the Neil Schiff Tennis Center, logging their 25th such win in a row. Miami has now posted a first-round sweep all 14 times it has hosted (2005-16, 2018 and 2022).

“I always say that consistency is the thing that, when I look back on all these years, [is the most impressive]. Even sometimes, I ask myself, ‘How?’ I have no idea about these numbers,” Yaroshuk-Tews said. “These are expectations; these are things that we expect to do. These are things we work to do and we would not accept, really, losing a match today. We just wouldn’t. We work towards that and we live that every day. So, it just kind of becomes a part of who you are. It’s a testament to their hard work and their mindset and their belief in the program and the program in front of them.”

The Hurricanes immediately took control of doubles play, winning the first nine games across the three courts. The No. 13-ranked duo of fourth-year junior Daevenia Achong and fifth-year senior Eden Richardson needed only 25 minutes to take down Alanna DiFrancesco and Elodie Foster, 6-1.

Stetson (22-3, 8-1 ASUN) got off to a strong start in singles and even took two opening sets, but the Hurricanes remained out of any serious danger and even got a split on one court before play ended.

Boch-Collins eventually provided the clinching point, roaring and pumping her fist after a ferocious overhead slam sealed a 6-1, 6-2 decision against Cohen.

Her triumph gave Miami a sweep for the 19th time in its last 20 NCAA appearances, with 2019 the lone exception. In addition, it marked the 161st shutout win of Yaroshuk-Tews’ career, including the 104th since 2009 and the seventh this season.

“I was happy with the way we played doubles. I wasn’t excited with our start in singles on every court; we did start well on some,” Yaroshuk-Tews said. “We figured it out, we changed a few things up, we got ourselves on the board and we got back in the driver’s seat. All in all a pretty solid match against a solid opponent in Stetson.”

With Friday’s victory, Miami improved to 56-35 all-time in the NCAA Team Championship, good for the 10th-most wins of any Division I program in the country.

The Hurricanes now face No. 21 UCF in the NCAA Team Championship Round of 32 Saturday at 1 p.m. at the Neil Schiff Tennis Center, with a spot in the Sweet 16 on the line. At the match, there will be a raffle with the winner receiving a three-day, two-night stay at Wyndham Palmas Beach and Golf Resort in Humacao, Puerto Rico.