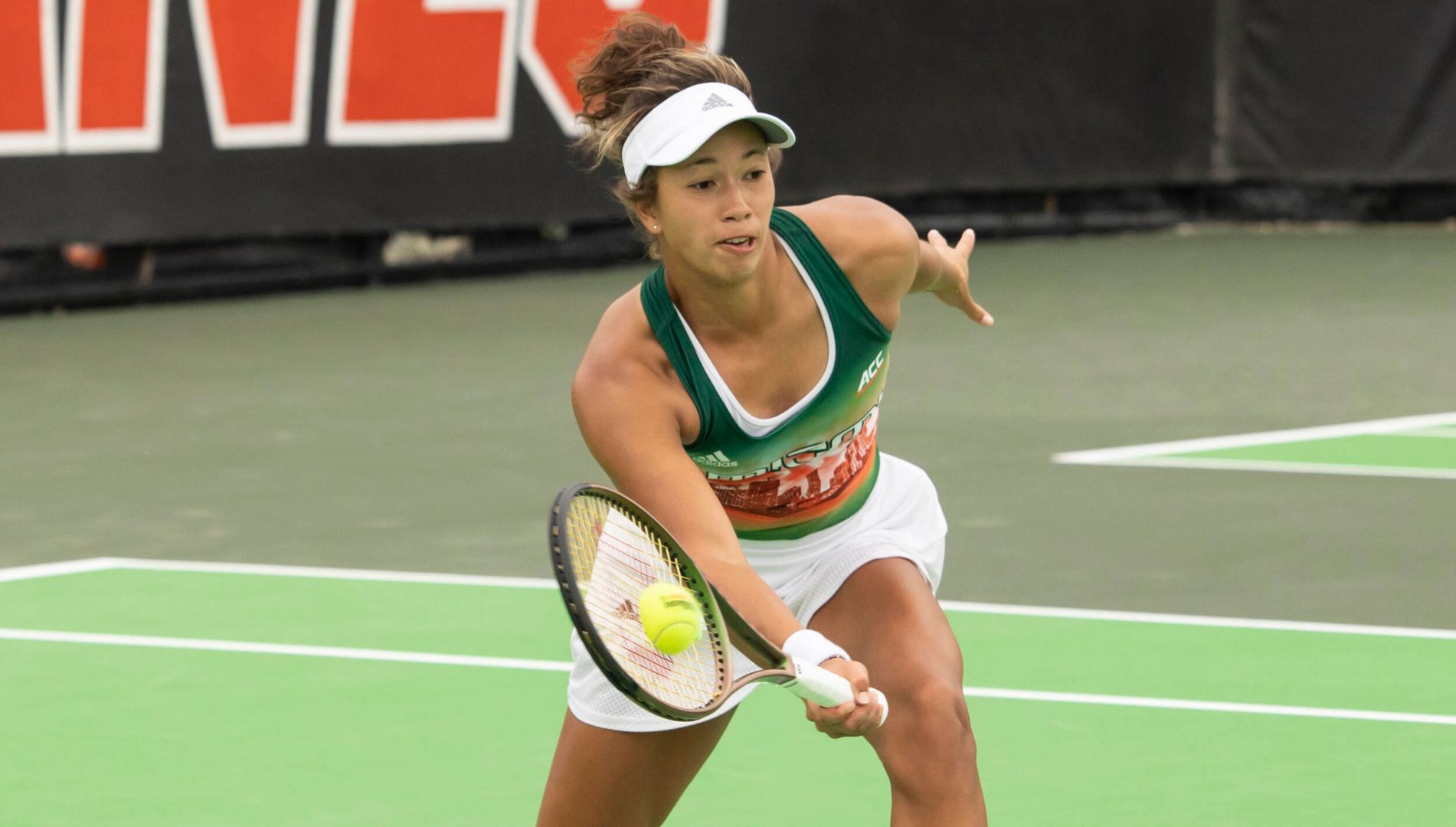 Achong Rises to Career-Best No. 67 Spot in ITA Rankings

Leading the way for the Hurricanes is fourth-year junior Daevenia Achong, who jumped from unranked all the way to No. 67 in the nation. That is the highest mark of her stellar career, eclipsing the No. 72 position she held on Feb. 18, 2020.

Joining Achong on the singles list are fifth-year senior Eden Richardson and sophomore Isabella Pfennig, who check in at No. 81 and No. 85, respectively. Richardson moved up eight spots to take her highest mark of the season, while Pfennig ascended seven positions.

In doubles, third-year sophomores Diana Khodan and Maya Tahan check in at a season-best No. 38 in the rankings. That is a 12-spot leap for a tandem sporting a 12-3 ledger in 2021-22.

Additionally, Achong and Richardson hold the No. 40 position on the doubles list. The duo, which owns a 14-3 record in 2021-22, moved up three spots to tie its highest mark of the year.

The complete ITA individual rankings lists can be found HERE. The team rankings came out Wednesday, with Miami making a six-spot jump from No. 21 to No. 15.

The Hurricanes are back in action Friday at 5 p.m. when they host No. 67 Georgia Tech at 5 p.m. to begin ACC play.