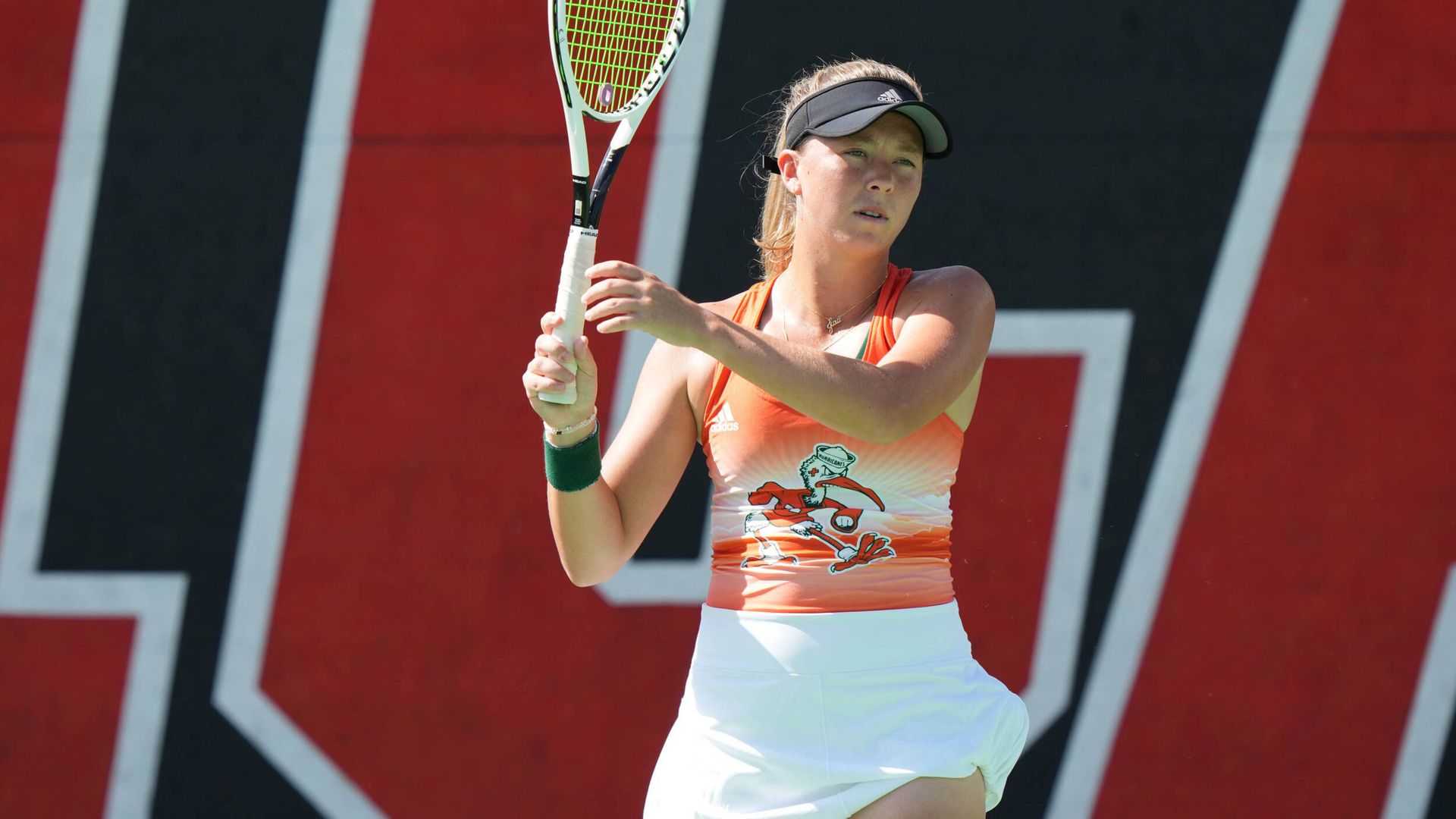 Redshirt sophomore Alexa Noel and junior Isabella Pfennig played a combined five matches, all against ranked foes, at the Cary Tennis Park and came away with a trio of victories.

“For us to grow as a program, we will have to continue becoming better as individuals,” Miami associate head coach Alex Santos said. “Both Bella and Alexa did that this tournament by playing, at times, a version closer to their best.”

Pfennig, ranked No. 66 nationally, competed in the qualifying draw, with action beginning Monday. She opened play against No. 46 Giulia Morlet, the draw’s eighth seed out of Arizona State, and earned a 7-5, 6-3 victory.

For Pfennig, it marked a reversal of her most recent outing, in which she dropped a 3-6, 6-7 (4-7) decision to Morlet just eight days prior at the Fall Ranked Spotlight, also in Cary.

Noel, the No. 19 player in America, received the lone wild card invitation into the singles main draw and opened competition Wednesday. In her first matchup, a top-35 showdown, she defeated No. 34 Solymar Colling of San Diego, 6-4, 6-4.

The following day, Noel also squared off with Goldsmith, emerging victorious. The Summit, N.J., native tallied a 6-1, 6-4 result to advance to the quarterfinals.

Up next for Noel, Pfennig and the Hurricanes is a trip to Atlanta for the ITA Southeast Regional Championships, slated for Oct. 13-18 at Georgia Tech.