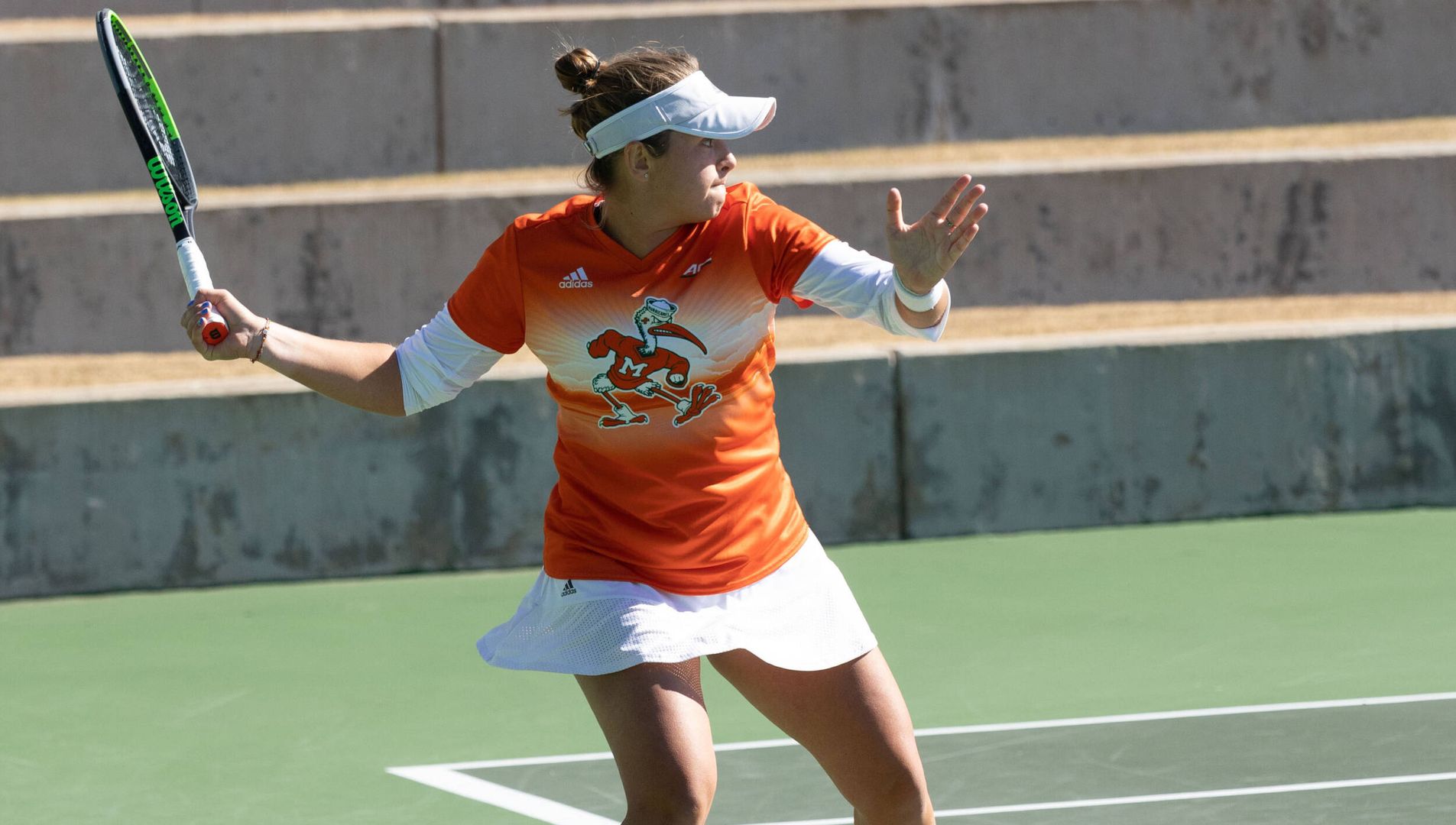 RALEIGH, N.C. – The University of Miami women’s tennis team gave second-ranked NC State all it could handle on its home court Sunday afternoon at the J.W. Isenhour Tennis Center, but came up on the short end of a 4-3 decision.

No. 14 Miami (8-2, 3-1 ACC) dropped the doubles point, but held 2-1 and 3-2 leads on the road against a reigning NCAA semifinalist, but could not find a fourth point, as its six-match winning streak ended. The match took nearly four hours and 15 minutes to complete.

“I have to give credit to a solid NC State team today. Their serves took them through some pretty important situations and gave them an opportunity to win,” Miami head coach Paige Yaroshuk-Tews said. “They were able to make adjustments in big moments that we didn’t make. I’m proud of our effort. We’re definitely taking steps in the right direction.”

All three doubles matches were tightly contested, but each one went to NC State (13-1, 2-0 ACC) by an identical 6-4 score.

Shortly thereafter, within moments, the other two contests came to an end. No. 51 Amelia Racjeki and Abigail Rencheli topped the Hurricanes’ No. 38-ranked tandem of third-year sophomores Diana Khodan and Maya Tahan to clinch the point. Sophie Abrams and Priska Nugroho then completed their win over sophomores Audrey Boch-Collins and Isabella Pfennig.

Miami, featuring a new-look lineup, tallied the first point in singles, as Khodan defeated Abrams, 6-3, 6-4. The Hurricanes then pulled in front for the first time behind an impressive top-25 win from No. 67 Achong, who took down No. 24 Rencheli, 7-5, 6-1.

The Wolfpack quickly evened the score at 2-2 behind a 6-4, 7-5 win from Rajecki over freshman Tatyana Nikolenko.

After the two players split the opening games of set three, Tahan won three in a row to go in front, 4-1. Miller then took four straight games to grab a 5-4 lead and went up 40-30 in the next game, but Tahan staved off a pair of match points to break.

There was no more magic for Miami, though, as Miller won each of the next two games to seal a narrow 7-5, 6-4, 7-5 decision and hand the Hurricanes their first league setback of the year.

Miami now returns home from a Friday matinee against No. 54 Florida State at noon at the Neil Schiff Tennis Center.