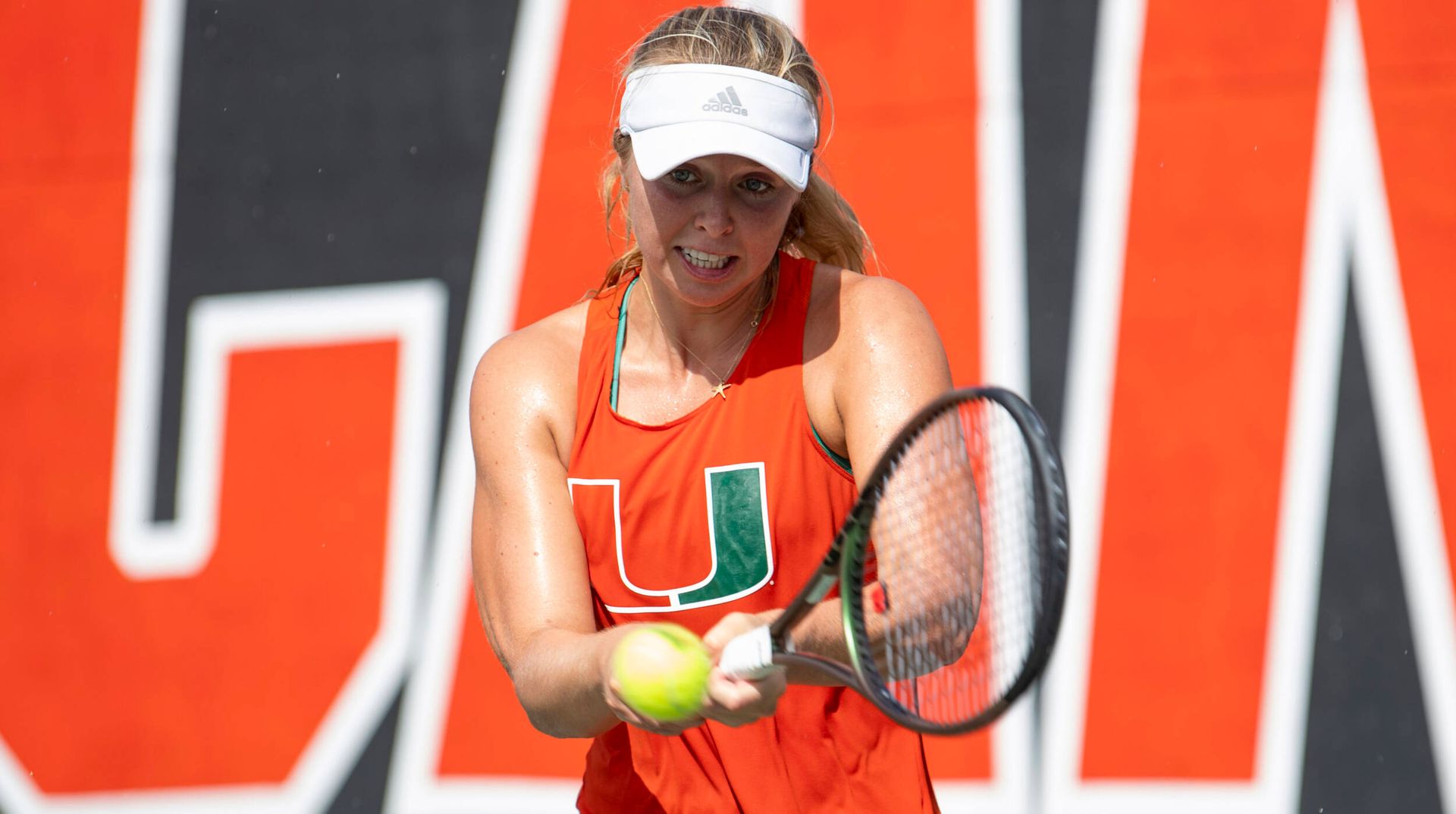 CORAL GABLES, Fla. – Three members of the University of Miami women’s tennis team appear in the first spring update to the ITA singles and doubles rankings, as announced Wednesday afternoon.

Headlining the list is fifth-year senior Eden Richardson, who went from unranked all the way up to No. 89 in the nation. It is the first time the Bath, England, native is ranked in singles as a Hurricane.

Richardson is 11-7 in 2021-22, including 4-3 this spring while playing atop the Miami lineup. One of her losses is against the top-ranked player in the nation, Eryn Cayetano, while she also owns a win over then-eighth-ranked Jaeda Daniel of NC State.

Sophomore Isabella Pfennig also once again holds a spot in the ITA singles rankings, as she checks in at No. 92 in the country. The Gauting, Germany, native is 5-3 on the spring and has won each of her last five outings, including topping then-No. 39 Snow Han of USC.

In addition, Miami again has one ranked doubles pair in the form of Richardson and fourth-year junior Daevenia Achong. The duo nearly held steady in the rankings, dropping just one spot to No. 41 overall.

The complete ITA individual rankings lists can be found HERE. The team rankings will not change until next Wednesday.

Miami resumes play Feb. 20 at noon when it hosts No. 18 UCF in a top-25 matchup at the Neil Schiff Tennis Center.