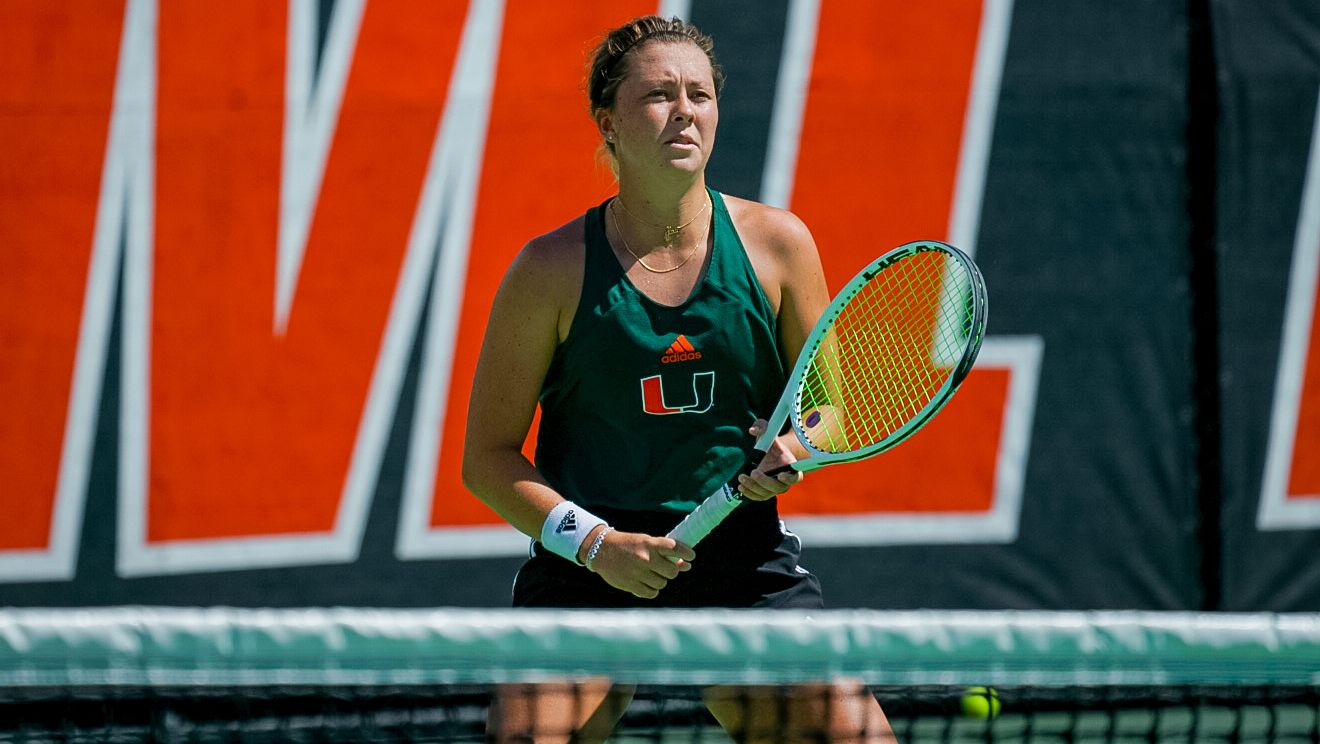 CORAL GABLES, Fla. – A trio of University of Miami women’s tennis players are in the top 70 of the ITA preseason national rankings, as announced Tuesday morning.

Redshirt sophomore Alexa Noel takes the No. 19 spot in the singles rankings to pace the Miami contingent, while fifth-year senior Daevenia Achong comes in at No. 30 and junior Isabella Pfennig checks in at No. 66.

A transfer from Iowa, where she won 2021 Big Ten Player of the Year honors, Noel is in her first season as a Hurricane. Despite missing the entire 2022 spring campaign due to injury, the Summit, N.J., native still finished No. 29 nationally after peaking at third overall.

For Achong, who hails from Geleen, Netherlands, the No. 30 mark is the second-highest of her career in singles. She ascended as high as No. 28 on April 6, 2022, and finished her strong campaign at No. 42 in the nation.

Pfennig, a 2021 ITA All-American, has her highest singles ranking since March 23, 2022, when she placed No. 64 in the country. A native of Gauting, Germany, Pfennig is featured in the preseason rankings for the second year in a row.

In addition to having three players on the ITA singles list, Miami also has one pair in the ITA doubles rankings.

Achong and Noel check in at No. 35 in the country as a tandem. Achong finished sixth nationally in 2022 after making a run to the NCAA Doubles Championship final alongside Eden Richardson. Noel

Noel, Achong, Pfennig and the Hurricanes begin the 2022 fall slate Sept. 23-25 at the Fab Four Invitational in Cary, N.C. Additional information on the team’s fall schedule can be found HERE.