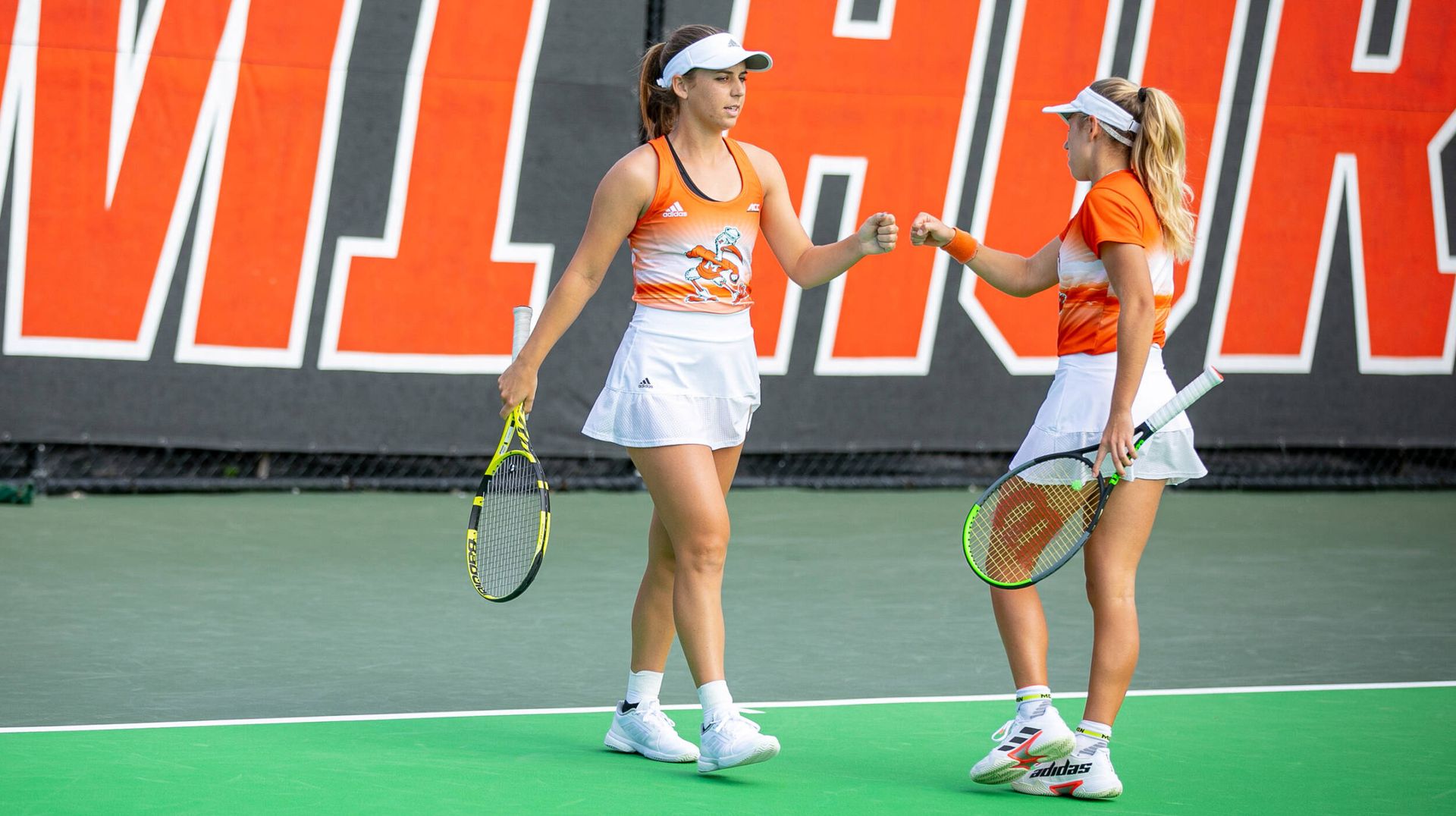 Miami (2-0) dropped just one set on the day at the Neil Schiff Tennis Center and earned its second unblemished win in as many outings to open the year. This marks the first time since 2016 the Hurricanes have posted back-to-back 7-0 wins.

“The ladies competed well today,” Miami head coach Paige Yaroshuk-Tews said. “We’re a tight group and we believe. I’m really excited for what is around the corner.”

Sophomores Audrey Boch-Collins and Isabella Pfennig earned the first doubles win by posting a 6-2 triumph over the Florida Atlantic (2-2) duo of Millie-Mae Matthews and Amber McGinnis. Minutes later, the No. 40-ranked pair of fifth-year senior Eden Richardson and fourth-year junior Daevenia Achong sealed the doubles point with a 6-4 decision versus Katerina Filip and Martina Kudelova.

In the unfinished match, third-year sophomores Diana Khodan and Maya Tahan were in a 4-4 tie with Greta Schieroni and Lexi Silna.

The Hurricanes made quick work of the Owls in singles competition, earning five first sets, including two in 6-0 fashion. All five of those matches ended in straight sets, while the sixth went to Miami in a 10-point tiebreaker.

Richardson, for the second time in as many matches as a Hurricane, clinched the win for Miami. The Bath, England, native topped Kudelova, 6-4, 6-1, to seal the decision and improve the Hurricane’s record to 34-0 all-time versus the Owls.

The Hurricanes now travel to Waco, Texas, for ITA Kick-Off Weekend, opening competition Friday at noon ET versus No. 17 USC.