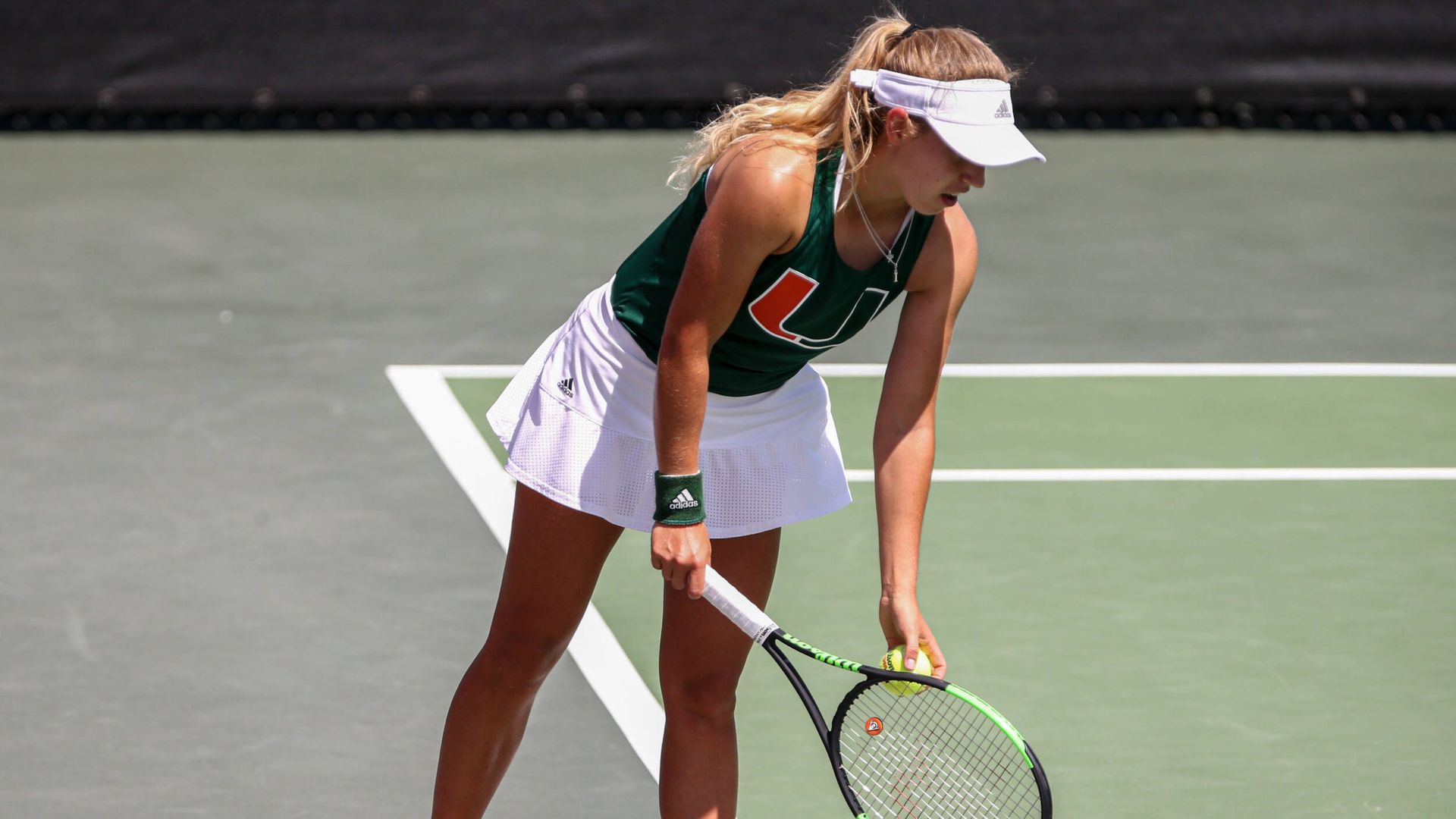 Playing in one of the top tournaments of the year, Pfennig went 1-1 against a pair of top-30 opponents at LTP Tennis Club.

“Bella leaves All-Americans not only with a great win and confidence under her belt, but also playing tennis that is closer to her best version,” Miami associate head coach Alex Santos said. “Rarely at this level does it not come down to details, but Bella has the drive and the passion to relentlessly work on them.”

In her first matchup of the tournament, Pfennig took an opponent, No. 29 Ayana Akli of South Carolina, who earned a spot in the field through qualifying. Action started over seven hours late due to lengthy rain delays and did not begin until approximately 8:45 p.m. Wednesday night.

After winning three straight matches to get into the main draw, Akli’s run came to a sudden halt against Pfennig. The Miami sophomore dropped just five games in an impressive 6-3, 6-2 victory, tallying the third top-30 triumph of her young career.

Pfennig resumed play Thursday morning against the highest-ranked opponent of her career, fifth-ranked Georgia Drummy of Duke. Facing the tournament’s third overall seed, Pfennig forced a first-set tiebreaker and grabbed a 6-4 lead in it, but Drummy battled back to take the opener, 7-6 (10-8).

While Pfennig’s week is complete, six Hurricanes resume play Friday through Sunday in Nashville, Tenn. There, they join competitors from Illinois, Iowa State, Kentucky and Vanderbilt for the June Stewart Invitational.