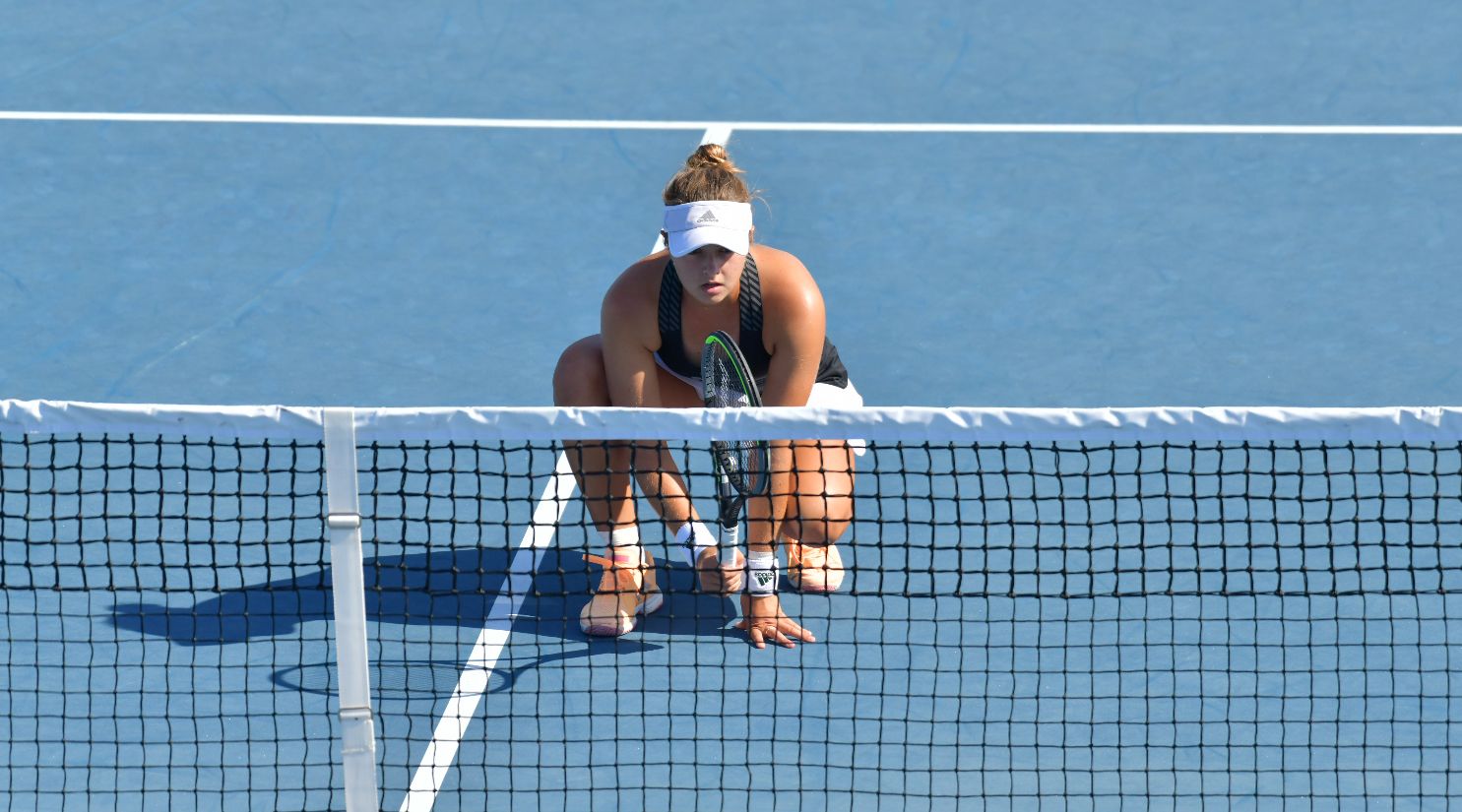 The Hurricanes registered an overall record of 16-12 at the USTA National Campus, finishing 10-9 in singles and 6-3 in doubles.

“This team is starting to understand our strengths and weaknesses as a unit. We need to continue working on both aspects of our game and never forget that so much of success is going to come down to pure toughness,” Miami head coach Paige Yaroshuk-Tews said. “Toughness in our preparation, discipline in our lifestyles and, ultimately, absolute enjoyment in the battle [is what matters]. The process is fun as long as the passion is there.”

Tahan, however, did team with third-year sophomore Diana Khodan to form the third-seeded duo in doubles and notch a narrow 8-7 (7-4) victory over Florida Atlantic’s Millie-Mae Matthews and Carina Sommer to advance to the main draw.

All three Miami doubles pairs—Khodan/Tahan, fifth-seeded Audrey Boch-Collins/Pfennig and Achong/Richardson—also notched wins to make the Round of 16 in main draw action.

Achong and Pfennig both fell in their Saturday outing, but Boch-Collins picked up a pair of wins in consolation draw action. The sophomore from Las Vegas dropped only four total games in her matches against Mercer’s Mary Courville and USF’s Amelie Boy.

In doubles, Khodan and Tahan upset the draw’s top seed, No. 20 Victoria Allen and Petra Hule of Florida State, 8-5. Achong and Richardson also beat a seeded pair to join their teammates in the quarterfinals, as they downed eighth-seeded Kylie Bilchev and Ava Hrstar of Georgia Tech, 8-6.

Both duos, however, dropped their second match of the day, leaving Boch-Collins as the lone remaining competitor entering Sunday.

She concluded the weekend for Miami in the consolation semifinals with a hard-fought setback against Georgia’s Guillermina Grant, 6-7 (5-7), 1-6.

Up next for the Hurricanes is the Miami Fall Invite, set for Nov. 5-7 on their home court, the Neil Schiff Tennis Center, in Coral Gables, Fla.