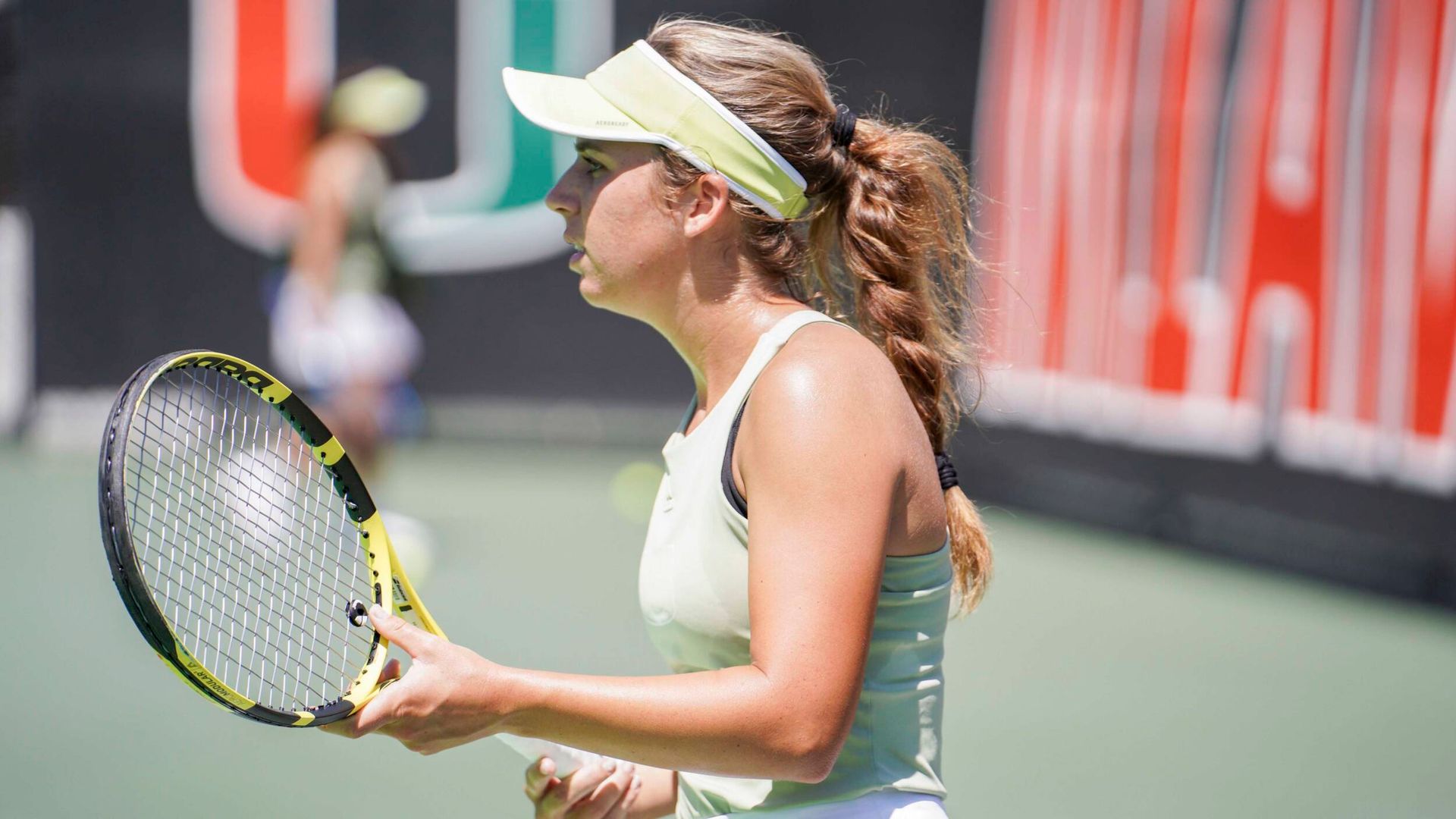 For the ninth time in the last 10 years, including the eighth in a row, the Hurricanes received ITA Academic Team plaudits. The honor goes to all teams with a combined cumulative GPA of at least 3.2 for the academic year. Miami posted a splendid 3.618 mark in 2021-22.

A finance major who graduated from Miami in May, Achong tallied a 3.625 GPA this year. The fourth-year junior from Geleen, Netherlands, is a three-time member of the ACC Honor Roll, making the cut in each year she was eligible.

Boch-Collins, a sophomore in her first season at Miami, posted a 3.744 GPA in 2021-22. The Las Vegas native is a criminology major.

A third-year sophomore, Khodan registered a 3.633 GPA this season and earned her first ACC Honor Roll accolade. The Ivano-Frankivsk, Ukraine, native is majoring in art.

Pfennig, who hails from Gauting, Germany, recorded a near-perfect 3.97 GPA in 2021-22. The sophomore is an economics major.

Richardson spent one year at Miami and earned a master’s degree in sport administration May, finishing with a dazzling 3.875 GPA. The fifth-year senior from Bath, England, also has an undergraduate degree from LSU.

Each of the five Hurricanes also made the All-ACC Academic Team, as did third-year sophomore Maya Tahan.