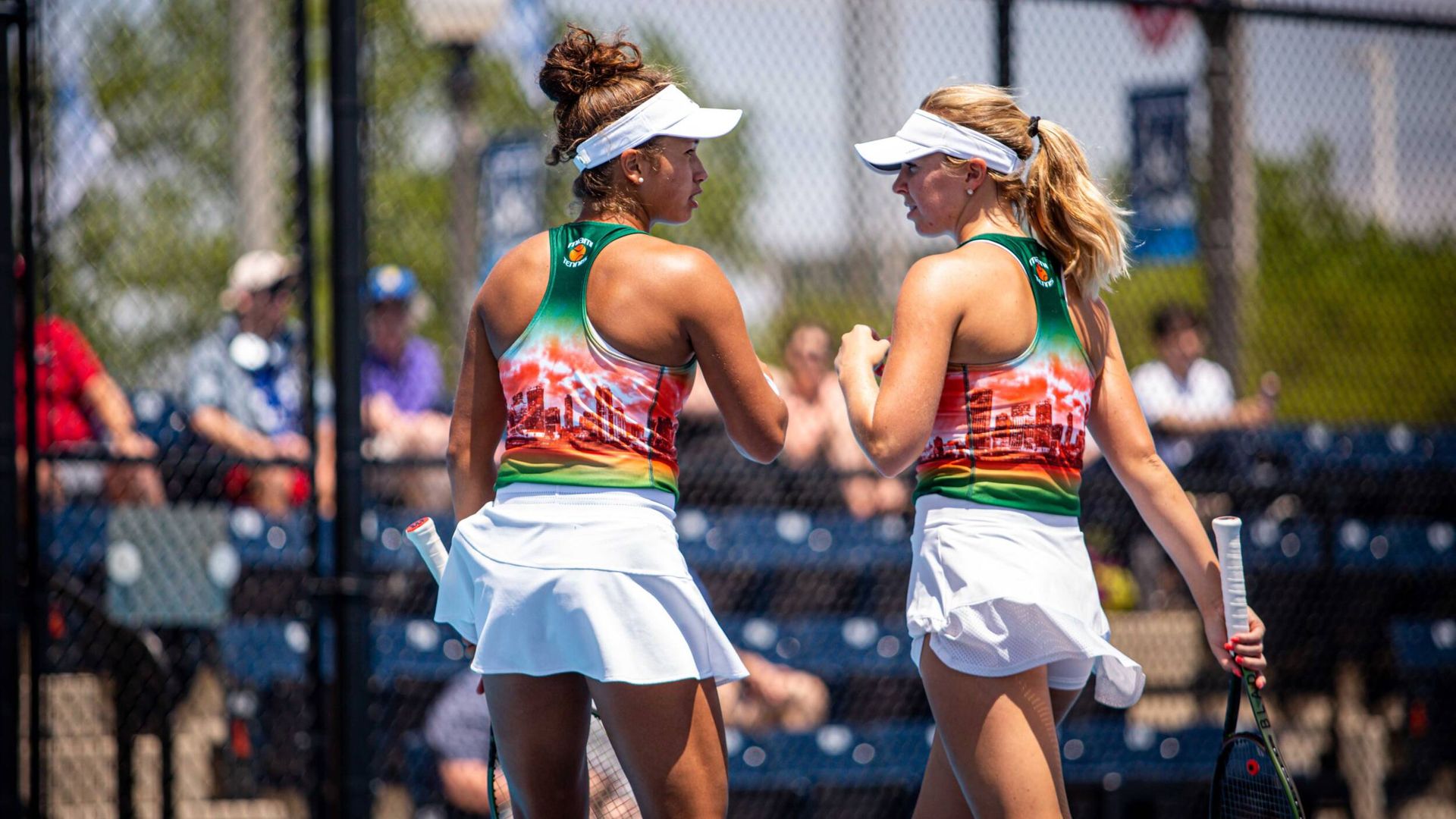 Following a magnificent run to the NCAA Doubles Championship title match, Achong and Richardson jumped seven spots for their highest ranking of the season.

Their finish is the best by a Miami pair since Monique Albuquerque and Clementina Riobueno took an identical spot in 2014. It is also the first top-10 finish since Stephanie Wagner and Wendy Zhang placed eighth in 2016. Additionally, this is the first time a Hurricane duo has earned a top-six ranking at any point in a season since Wagner and Lina Lileikite held that position on March 24, 2015.

Both players also earned top-50 finishes in singles, with Achong taking the No. 42 spot and Richardson placing No. 46. The last Hurricane to take a top-50 spot in singles and a top-25 spot in doubles to end a season was Wagner in 2016, as she placed No. 10 and eighth, respectively.

Achong recorded a 29-13 record in singles, tied for the most wins on the team. A native of Geleen, Netherlands, Achong went 19-5 in the top two lineup positions and 12-1 in ACC play, as well as registered four top-25 victories.

Richardson tallied a 19-15 mark in singles, including a 9-9 ledger at the No. 1 spot and a 3-3 mark versus top-10 foes. The Bath, England, native beat Virginia’s Emma Navarro, who finished second in the national rankings with a 26-2 record.

A third Hurricane, sophomore Isabella Pfennig, also earned a top-100 spot in the year-end rankings, at No. 88. She posted a 23-15 record on the year, including a superb 17-4 mark in dual matches with all 21 of those results coming in the top half of the lineup. A native of Gauting, Germany, Pfennig logged seven ranked wins on the year.

Another Miami tandem earned a spot in the final ITA doubles rankings, as third-year sophomores Diana Khodan and Maya Tahan took the No. 55 spot. As a pair, they recorded a 17-8 ledger, including a 4-2 tally versus ranked foes. They did not compete together after April 1, as Khodan, who hails from Ivano-Frankivsk, Ukraine, suffered a season-ending injury. Tahan, a native of Tel Mond, Israel, then played with freshman Tatyana Nikolenko the rest of the year.

The complete year-end ITA singles and doubles rankings can be found HERE. As a team, the Hurricanes finished ninth in the country, as announced May 25. It marked the best finish for the program since 2013.