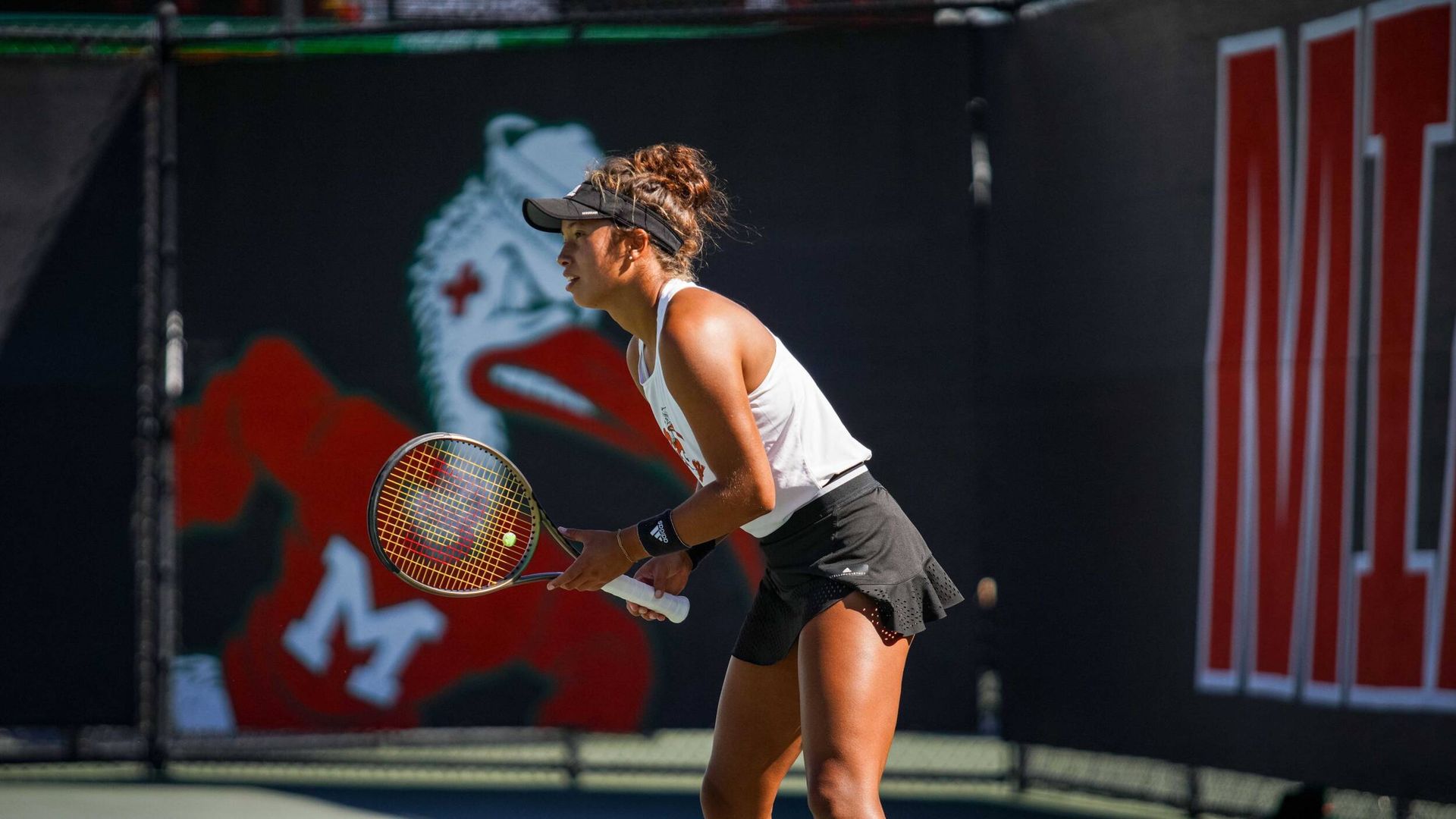 Isabella Pfennig and Daevenia Achong both earned spots on the singles list, while Achong and Eden Richardson garnered a spot on the doubles list.

A sophomore from Gauting, Germany, Pfennig checks in at No. 76 nationally to close the 2021 calendar year. She went 6-8 in the fall, with five of her setbacks coming against ranked foes, including three in the top 30.

Coming off a tremendous fall campaign, fourth-year junior Daevenia Achong entered the singles rankings at No. 104. She went 8-5 on the season, including 3-3 versus ranked opponents, including defeated then-fifth-ranked Georgia Drummy of Duke.

A native of Geleen, Netherlands, who earned Second Team All-ACC accolades in 2018-19, Achong went 7-2 in her final nine outings of the fall, beating all three ranked players she faced during that stretch.

In doubles, Achong and Richardson, ranked No. 40, combined to post an 8-3 ledger that included a 6-2 victory over then-ninth-ranked Anna Ross and Holly Staff of Vanderbilt. They started the fall 7-1, including winning five consecutive matches.

Richardson is a fifth-year senior from Bath, England, in her first year at Miami after transferring in from LSU, where she won the 2018 NCAA Doubles Championship.