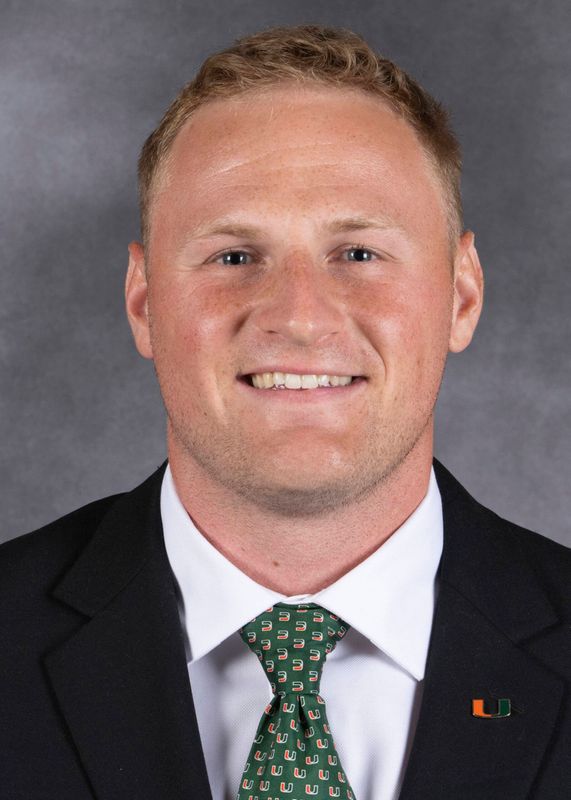 2022 (Third-Year Sophomore): Started the season off in the opener against Bethune-Cookman (Sept. 3), leading the team with 193 passing yards, completing 13-of-16 passes for two touchdowns and zero interceptions…Led the team with 261 passing yards in win against Southern Miss (Sept. 10), completing 20 of 29 passes for one touchdown…Threw for 217 yards, completing 21 of 41 passing attempts, while rushing for 14 yards on five carries at Texas A&M (Sept. 17)…Threw for 138 yards and one touchdown, completing 16 of 32 passing attempts, against MTSU (Sept. 24)…Went 42-of-57 for 496 yards and three touchdowns against North Carolina (Oct. 8), good for the most completions, second-most yards and second-most attempts in program history…Placed ninth in ACC history in single-game completions and No. 14 in passing yardage, while logging the top passing mark of 2022 by any player against an FBS foe to that point…Named ACC Player of the Week (Oct. 9)…Threw for a total of 351 yards in win over Virginia Tech (Oct. 15), completing 29-of-46 passes, resulting in two touchdowns, as well as rushed for 13 yards…Threw for 81 yards resulting in one touchdown with a long pass of 20 yards, completing 11-of-16 passes, before exiting the game with an injury in the second quarter against Duke (Oct. 22)…Started off against Florida State (Nov. 5) completing 4-of-8 passes for 24 yards, before exiting the game due to injury…Started against Pittsburgh (Nov. 26), completing 4-of-8 pass attempts for 83 yards, before exiting the game with an injury.

2021 (True Freshman*): Dazzled in first season as starting quarterback, earning ACC Rookie of the Year and ACC Offensive Rookie of the Year honors…Started final nine games of season and saw action in 10 games total…Took over starting duties due to injury to QB D’Eriq King three games into season and ended year by throwing for 2,931 yards…Totaled 25 passing touchdowns compared to just six interceptions and completed 62.3 percent of pass attempts (202 of 324)…Added one rushing touchdown…Earned ACC Rookie of the Week five times over course of year…Ended season with six straight games with at least 300 passing yards and at least three touchdown passes, becoming first Power-5 quarterback to record such a streak in a single season since Joe Burrow of LSU in his 2019 Heisman Trophy-winning campaign…Moved into tie for seventh place in Miami Football history in single-season touchdown passes (25) and posted sixth-best single-season completion percentage by a Miami quarterback in history at 62.3…Became third Miami player to win both ACC Rookie of the Year and ACC Offensive Rookie of the Year, joining RB Duke Johnson (2012) and QB Brad Kaaya (2014)…Made season debut and threw one pass against Alabama (Sept. 4)…Made first start of career against Central Connecticut State (Sept. 25) and finished with third-most passing yards (270) by Miami quarterback making his first start since 1999…Completed 10 of 11 passes for three touchdowns and zero interceptions against Blue Devils…Totaled two touchdowns (one rushing, one passing) in first career ACC start against Virginia (Sept. 30)…Totaled 203 passing yards on 15-of-29 passing against Cavaliers…Threw for 264 yards at North Carolina (Oct. 16), completing 20 of 45 passes with one touchdown…Threw for 325 yards with four passing touchdowns and no interceptions in win over North Carolina State (Oct. 23)…Completed 25 of 33 passes against Wolfpack…Totaled career-high 426 yards on 32-of-42 passing with three touchdowns in first road win of career at Pittsburgh (Oct. 30)…Finished with 389 passing yards and three touchdowns in win over Georgia Tech (Nov. 6)…Completed 22 of 34 passes against Yellow Jackets…Matched career mark with four touchdown passes at Florida State (Nov. 13)…Totaled 25 completions (on 47 attempts) versus Seminoles, throwing two interceptions…Completed 19 passes (19-for-33) for 357 yards and three touchdowns with no interceptions in win over Virginia Tech (Nov. 20)…Compiled 381 yards on 34-for-49 passing with three touchdowns in regular season finale at Duke (Nov. 27).

High School: A consensus four-star prospect by ESPN, Rivals and 247 Composite…Ranked No. 105 nationally in the ESPN300…Rated the No. 2 pro-style quarterback nationally and top player in Connecticut by ESPN…Listed as the No. 9 pro-style QB nationally and No. 2 player in the state by 247 Composite…Ranked No. 209 in the 247 Composite Top247…Rated the No. 8 pro-style quarterback nationally and No. 2 player in Connecticut by Rivals…Listed as the No. 199 player in the Rival Top 250…Helped lead Suffield Academy to an undefeated season and the NEPSAC Class A Championship…Finished the 2019 season with 2,260 passing yards and 21 touchdowns while completing 123 of his 200 pass attempts…Totaled over 4,600 passing yards and 39 passing touchdowns over final two varsity seasons…Was named 2019 New England Prep Player of the Year and First Team All-New England in 2018 and 2019…Chose Miami over offers from Michigan, Boston College, Cal, Colorado, Duke, Georgia Tech, Kentucky, Louisville, Michigan State, Minnesota, NC State, Oklahoma State, Pitt, Purdue, Rutgers, Syracuse, UCLA, Vanderbilt and Wisconsin, among others.