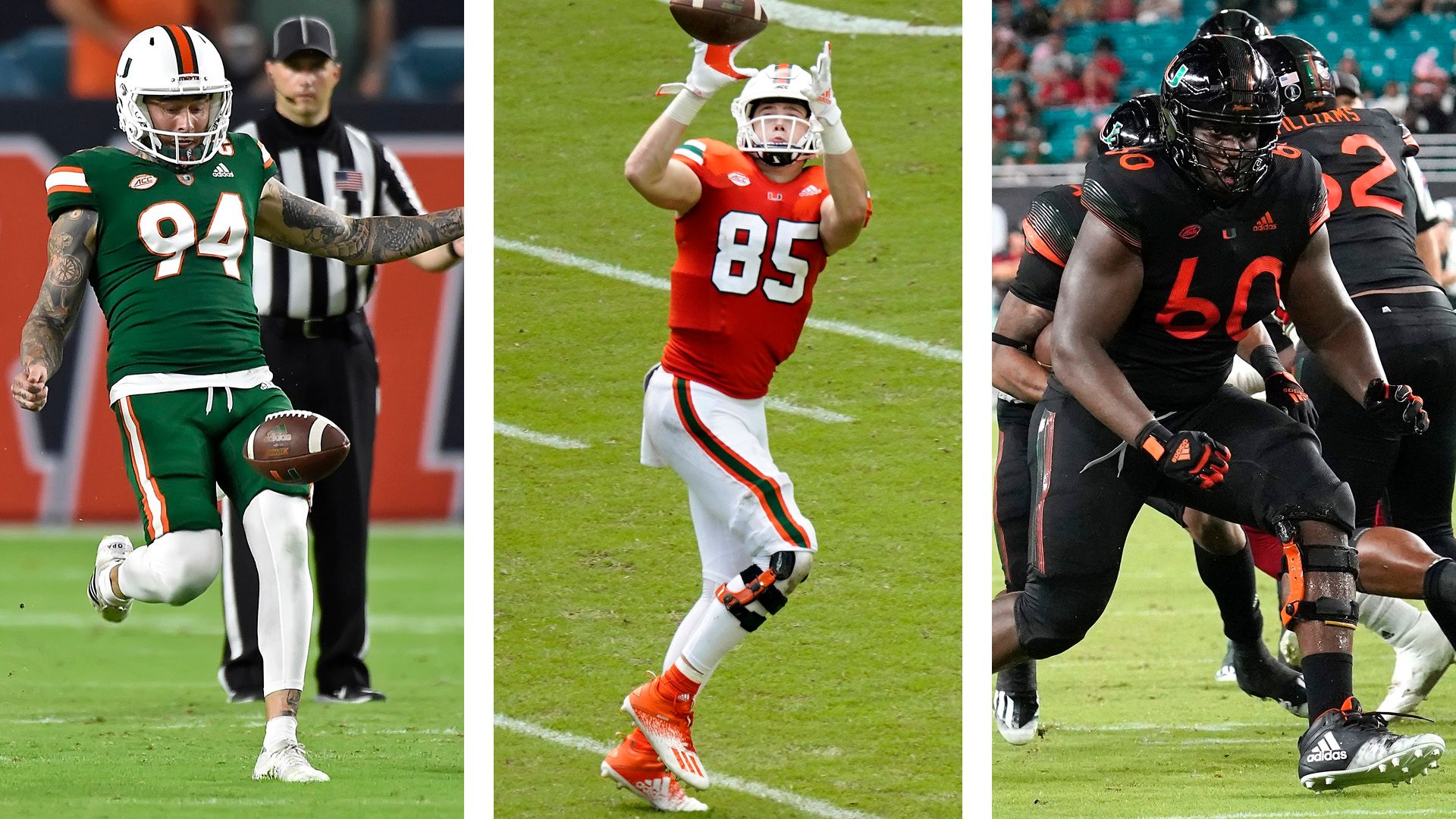 Punter Lou Hedley, tight end Will Mallory and offensive tackle Zion Nelson all made the cut for the 27-player team. Miami joined Boston College, Clemson and NC State as the only schools with three-plus selections based off votes from 164 media members, including those credentialed for last week’s ACC Kickoff in Charlotte, N.C.

A fifth-year senior out of Jacksonville, Fla., Mallory owns 73 receptions for 1,006 yards and 11 touchdowns over his for seasons as a Hurricane. He is coming off his finest campaign, as he posted highs in catches (30), yards (347), starts (12) and longest reception (57) in 2021, while matching his top mark in touchdowns (four).

In addition, third-year sophomore quarterback Tyler Van Dyke placed third in the ACC Preseason Player of the Year voting, amassing 21 votes. The 2021 ACC Rookie of the Year and five-time ACC Rookie of the Week, Van Dyke threw for 2,931 yards and 25 touchdowns in just 10 games, nine of which he started, last season.

The 6-foot-4, 224-pounder completed 62.3 percent of his passes, the sixth-best single-season mark in program history, and threw only five interceptions in 2021.In addition, Van Dyke became the first Power Five quarterback since LSU’s Joe Burrow in 2019 to throw for 300-plus yards and three-plus touchdowns in six straight games.