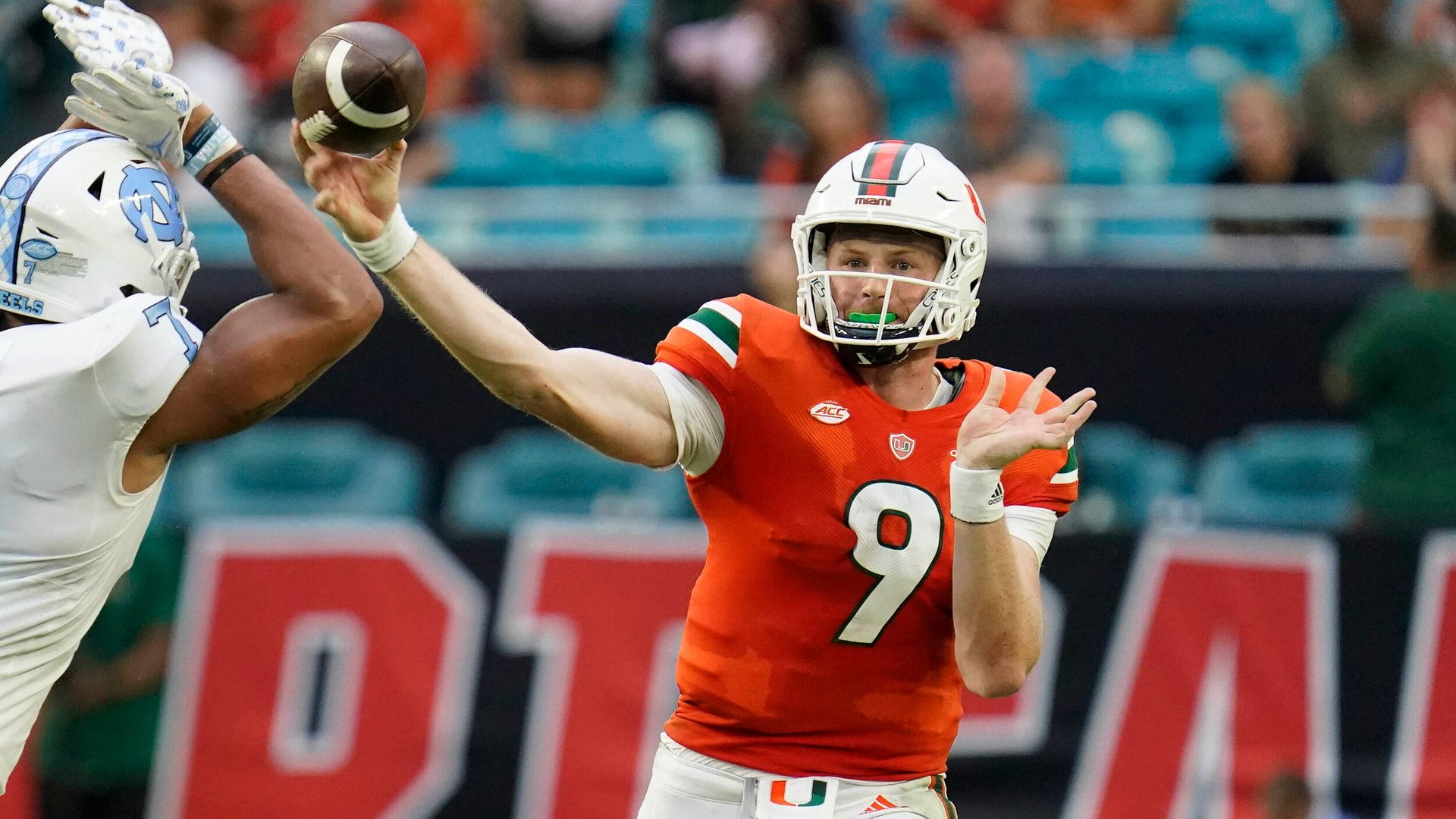 CORAL GABLES, Fla. – Tyler Van Dyke of the University of Miami football team is the ACC Quarterback of the Week, as announced Monday afternoon by the conference office.

The third-year sophomore went 42-of-57, setting the school record in completions and logging the second-most attempts, and threw for 496 yards, the second-most in program history. He completed 73.7 percent of his passes and notched a trio of touchdowns through the air.

Van Dyke’s 496 yards are the most by any player in the nation against an FBS opponent this year and 125 more than any other ACC quarterback has amassed this season. The figure ties him for No. 14 on the ACC’s all-time single-game leaderboard.

In addition, Van Dyke’s 42 completions are the second-most by any FBS player this season, trailing only the 43 by Akron’s DJ Irons at Ohio two days ago. The number is eight more than any other ACC player has posted this season and puts him ninth in ACC single-game history.

A native of Glastonbury, Conn., Van Dyke is the third Hurricane to claim ACC weekly accolades this season. Andres Borregales (Specialist) did so Sept. 12 and Jalen Rivers (Offensive Lineman) did so Sept. 6.