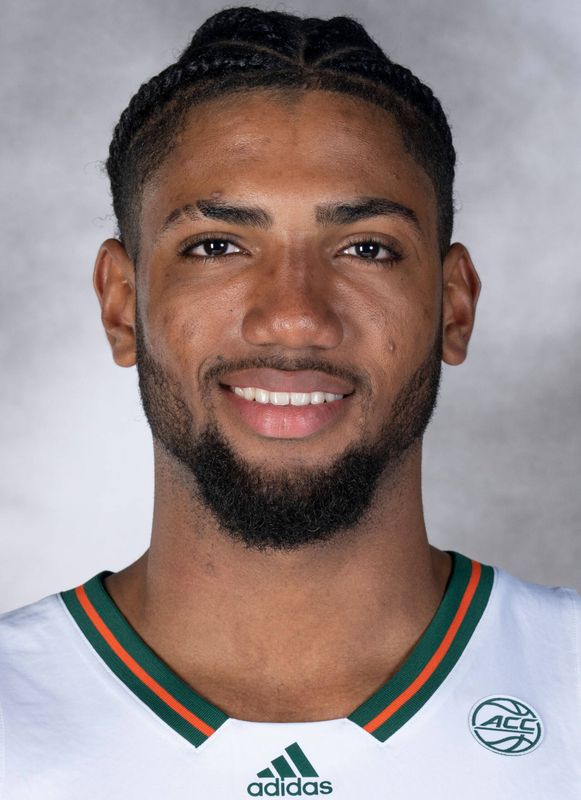 Nicaraguan National Team (Summer 2021): Played in six of seven games, including four wins, during FIBA World Cup 2023 Americas Pre-Qualifiers … Averaged 15.0 points, 11.8 rebounds, 2.0 assists, 1.7 blocks and 1.5 steals per contest, logging five double-doubles … Helped Nicaragua advance to Phase B of the qualifiers with wins over Guyana, Jamaica and El Salvador in April in San Salvador, El Salvador … Registered 14 points and 10 rebounds in opener against Guyana, 14 points and 13 rebounds versus Jamaica and then 13 points and five rebounds against El Salvador … Posted a double-double in all three games of second-round qualifiers in July in Santiago, Chile … Tallied 20 points and 13 rebounds in win over Paraguay, 11 points and 12 rebounds versus Bolivia and then 18 points and 18 rebounds against undefeated Chile.

As a Freshman at Arkansas State (2020-21): Sun Belt Freshman of the Year … First Team All-Sun Belt … CollegeInsider.com Kyle Macy Freshman All-American … NABC Second Team All-District 23
Appeared in 23 of 24 games, starting his final 22 outings … Averaged 12.6 points, 12.3 rebounds, 1.2 steals and 1.4 blocks in 26.7 minutes per game … Shot 53.9 percent from the field … Tallied 15 double-doubles … Paced the team in made field goals (118), field-goal percentage, rebounding, offensive rebounding (4.0), defensive rebounding (8.3), blocks and steals … Ranked second in scoring, as well as third in made free throws (53), free-throw attempts (77) and minutes … Tied for the seventh-best single-season rebounding average in program history with the best mark since 1971-72 and tied for No. 10 in single-season total rebounds (282) … Broke the school’s single-season rebounding record that stood for 52 years and finished seventh in points (289) … Second Sun Belt Freshman of the Year ever at Arkansas State … Program’s first player to earn First Team All-Sun Belt accolades since 2006-07 … Third freshman in conference history to claim First Team All-Sun Belt honors (starting in 2002-03) and first since 2015-16 … Posted the 31st 20-rebound performance in program history … Led the Sun Belt in double-doubles (fifth in NCAA; first among freshmen), rebounding (third in NCAA) and defensive rebounding (seventh in NCAA) … Ranked second in offensive rebounding (fifth in NCAA), third in field-goal percentage (No. 44 in NCAA), fourth in blocks per game (No. 86 in NCAA), No. 14 in made field goals and No. 21 in scoring … In conference-only action, paced the league in rebounding (11.9) and offensive rebounding (4.0) … Placed second in defensive rebounding (7.9), fourth in blocks (1.6), ninth in field-goal percentage (50.3), co-No. 11 in made field goals (76) and No. 22 in scoring (12.0) … Tied for the highest single-game rebounding total (20) by a Sun Belt player … Fourth DI freshman since 1992-93 to average at least 12.0 points and 12.0 rebounds per game, alongside Kansas State’s Michael Beasley in 2007-08, Louisiana Tech’s Paul Millsap in 2003-04 and Colgate’s Adonal Foyle in 1994-95, as well as the 49th total DI player (min. 20 GP)—61st occurrence—and fourth from the Sun Belt to do so during that time … Just the 16th player (min. 20 GP)—20th occurrence—of that group to also average a steal and a block, including the second freshman, alongside Beasley, and only Sun Belt player … The 33rd DI freshman (min. 20 GP) since 1992-93 to average a double-double and first in the Sun Belt since Louisiana’s Shawn Long in 2012-13 … Scored in double figures 15 times, reaching 15 points nine times and eclipsing 20 thrice … Grabbed five-plus rebounds in every game, with 10-plus 19 times, good for second-most in the country, while reaching 12-plus 11 times, 16-plus six times, 18-plus four times and 20 once … Dished out multiple assists on three occasions … Tallied multiple steals in eight games, with three-plus twice … Blocked multiple shots 12 times, reaching three in four contests … Played 30-plus minutes eight times, including 35-plus twice … Solely led the team in rebounding 20 times and tied for the lead in two of his other three appearances … Led or co-led the Red Wolves in blocks 16 times, including eight games in a row, as well as in steals 10 times, scoring eight times and assists once … Amassed the top nine single-game rebounding totals by an Arkansas State player, as well as all five three-block outings and the lone four-steal performance … Tied for the second-most made field goals in a single game (eight, three times) and for the third-highest single-game point total (22) … Tallied five points and six rebounds at Morehead State (11/29) in his collegiate debut … Put up 21 points on 8-of-9 shooting, good for a season high in makes, and 13 rebounds versus Crowley’s Ridge (12/4) for his first double-double, adding a season-best three blocks … Finished with 21 points, 19 rebounds, a season-high three assists and three steals versus Arkansas-Pine Bluff (12/9), shooting 8-of-12 from the floor and 5-of-9 at the line to tie a season high in made field goals and set a top mark in free-throw attempts … Recorded 16 points, 10 boards and a co-season-best three assists against Central Baptist (12/11), shooting 6-of-7 from the field and 4-of-5 at the line … Produced 14 points, 16 rebounds, two steals and a co-season-high three steals versus Champion Christian (12/20), shooting 6-of-6 at the line to set a season best in makes … Dropped a season-high 22 points on 8-of-12 shooting from the field and a 6-of-6 clip form the line, matching a season best in makes in both areas, against UL Monroe (1/16), snatching 17 rebounds and blocking two shots … Logged a 13-point, 10-rebound showing at Louisiana (1/22) … Registered 15 points and 13 rebounds at Louisiana (1/23) … Tallied 15 points and a season-best 20 rebounds, including a season-high 15 on the defensive end, in a season-best 36 minutes against UT Arlington (1/29), adding two steals in one of 14 15-point, 20-rebound showings against a DI team in 2020-21 … Notched 14 points on 7-of-12 shooting, 10 boards and two blocks versus UT Arlington (1/30) … Finished with 14 points on 6-of-8 shooting, 10 rebounds, two steals and a season-high-tying three blocks in 33 minutes against Louisiana (2/6) … Amassed 11 points, 11 rebounds, two steals, two blocks and a 5-of-7 free-throw clip in 30 minutes versus Little Rock (2/12) … Totaled 16 points and 14 rebounds in 35 minutes against Texas State (2/22) … Compiled 15 points, 14 boards and two blocks in 30 minutes at UT Arlington (2/26) … Recorded 10 points and 18 rebounds, including a season-high-tying 15 on the defensive end, in the Sun Belt Tournament opener against Georgia Southern (3/5), adding two steals in 31 minutes … Stuffed the stat sheet in the season finale with 16 points, 18 rebounds, two assists, a season-best four steals and two blocks versus Georgia State (3/6) in the Sun Belt quarterfinals, finishing 4-of-5 at the line in 33 minutes.

High School: Attended nearby Miami Prep for a postgraduate year and recorded a double-double in all 46 appearances … Averaged 26.7 points and 20.3 rebounds per game … Led his team to a 41-5 record … Tallied 40 points and 17 rebounds against renowned IMG Academy … Graduated high school from Colegio Adventista de Bluefields … During his junior year there, aided the team to an undefeated record and a national title … Also won the CODICADER (Central America) tournament championship, claiming MVP honors … Competed in baseball, soccer, swimming, track and volleyball during his high school tenure … Three-year honor roll student.

Personal: Full name is Norchad Bascom Omier Rojas … Last name is pronounced Oh-MEER … Nickname is Chad … Born Aug. 28, 2001 … Majoring in sport administration with a minor in marketing … Parents are Halstead Omier and Norma Rojas … Father builds houses and mother is a nurse … Has an older brother, Bezaleel and an older sister, Anesha … Favorite athlete is Giannis Antetokounmpo because of his background and his inspiring success story … Best sports memory is winning the Nicaraguan national championship and the CODICADER tournament with his high school team in 2018… First person from Nicaragua to attend a Division I school on a basketball scholarship … Committed to Miami over Florida State, Georgetown, Texas Tech and others … Chose Miami because of the caliber of the basketball program, to be close to his family and the Latin community in the area.