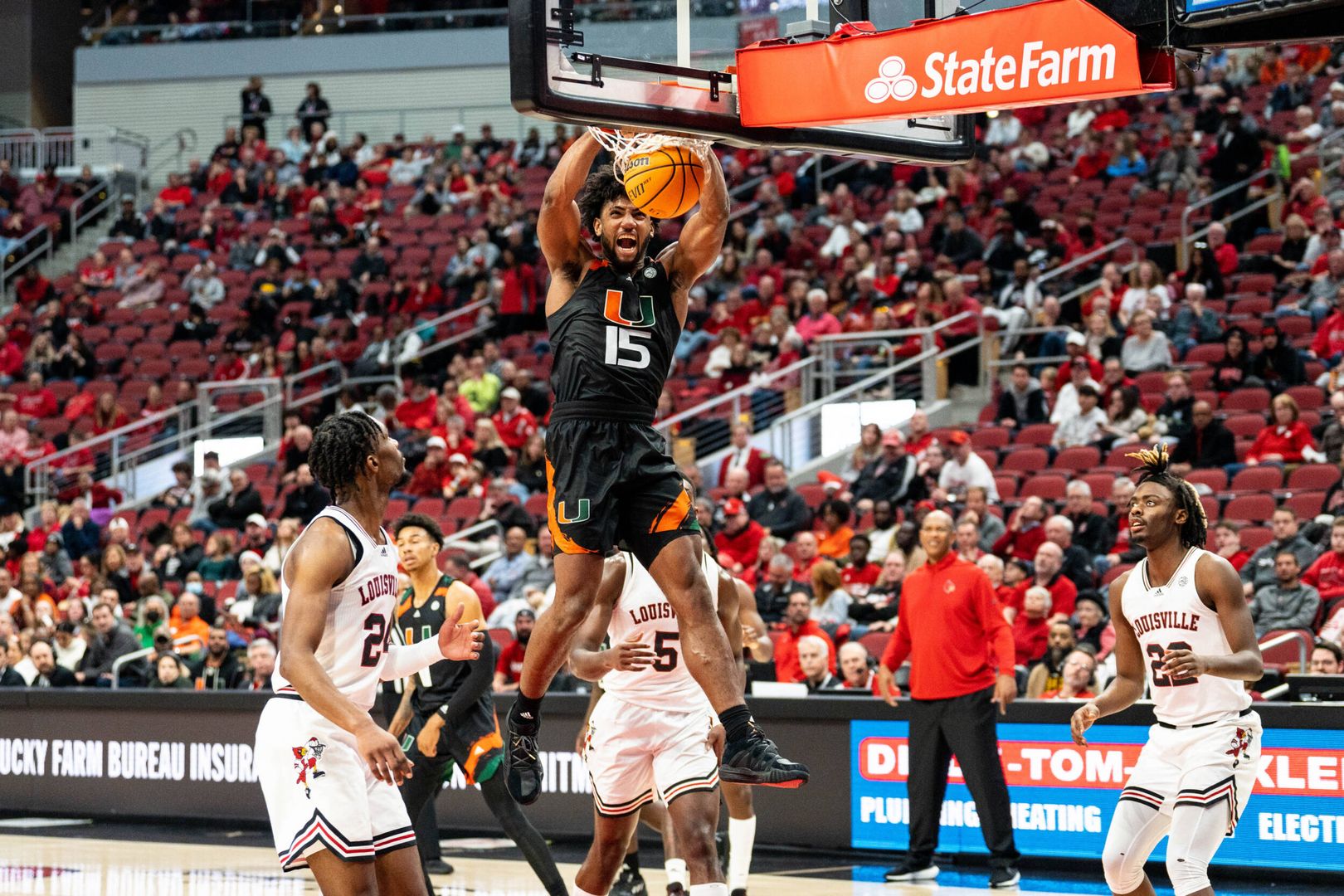 MBB Cruises to 80-53 Win at Louisville

LOUISVILLE, Ky. – The University of Miami turned in a dominant performance Sunday afternoon at Louisville, claiming an 80-53 victory over the Cardinals in the ACC opener.

Fifth-year senior guard Jordan Miller scored a game-high 14 points for Miami (8-1, 1-0 ACC) in a clinical showing by the visitors at both ends of the KFC Yum! Center floor.

“I was very concerned because their size is a real challenge for us; we’re undersized. But our guys defended so well, they rebounded so well,” Miami head coach Jim Larrañaga said. “On offense, we were able to really execute and get kind of a commanding 19-point lead at the half. What was even better and more impressive is we were able to extend from 19 to [over] 30 in the second half. It gave us an opportunity to sub freely and keep everybody fresh. Our guys did a great job from start to finish today.”

Louisville (0-8, 0-1 ACC) scored five of the first seven points and then the Hurricanes took full control of the rest of the half, using separate 10-0 and 9-0 runs to build a lead as high as 21 points. Miami made 14 of its first 19 shots and forced the Cardinals into misses on 15 of their first 23 attempts, en route to a 42-23 halftime advantage.

The Hurricanes used a 19-4 burst midway through the second half to end any hopes of a comeback by the home team, extending the lead all the way to 32 points, 63-31, with 10:22 remaining. Louisville never got any closer than 26 until the final three minutes, as Miami earned a 27-point triumph, just one shy of its record in ACC play.

Additionally, Larrañaga’s team finished with a 44-26 cushion in paint points to go along with a 30-15 mark in bench points.

Eleven Hurricanes scored, with each one posting between three and 14 points in a balanced attack. Miller’s 14 points came on a 6-of-10 clip, while third-year sophomore forward Norchad Omier had 12 points on 6-of-7 shooting and fourth-year junior guard Isaiah Wong added 10 points.

Miami now returns to Coral Gables, Fla., where it hosts Cornell in a midweek non-conference contest Wednesday at 7 p.m., live on RSN from the Watsco Center.

MIAMI HURRICANES POSTGAME NOTES
– Miami’s 27-point margin of victory was its largest of the season, while its 80 points were its second-most of the year.
– In the first half, the Hurricanes had a 15-5 edge in points off turnovers, plus did not concede a single second-chance point, fast-break point or bench point.
– The only time Miami has won an ACC game by more points was 1/18/22 when it beat North Carolina, the eventual NCAA runner-up, by 28, 85-57.
– The Hurricanes have now scored 80-plus points in three of their past five ACC games dating back to last season.
– Miami moved to 8-11 all-time in ACC openers, including 3-5 on the road, 6-6 under Larrañaga and 3-1 on the road under Coach L.
– The Hurricanes are now 8-11 all-time in ACC road openers, including 6-6 in Larrañaga’s tenure.
– After never previously defeating the Cardinals on the road, Miami has now done so in consecutive seasons.
– After never previously beating Louisville in back-to-back matchups, the Hurricanes have now won three straight games in the series.
– Larrañaga moved into a tie with Vic Bubas for No. 11 on the ACC’s all-time conference wins list (106) and broke a tie with Norman Sloan for sole possession of the No. 12 spot on the league’s all-time ACC wins (regular season and tournament) leaderboard with 118.
– Third-year sophomore guard Nijel Pack recorded a season-high five assists to lead all players.
– Wong moved past Ron Godfrey (1958-61) to take the No. 14 spot on the program’s all-time scoring list, now owning 1,388 points. 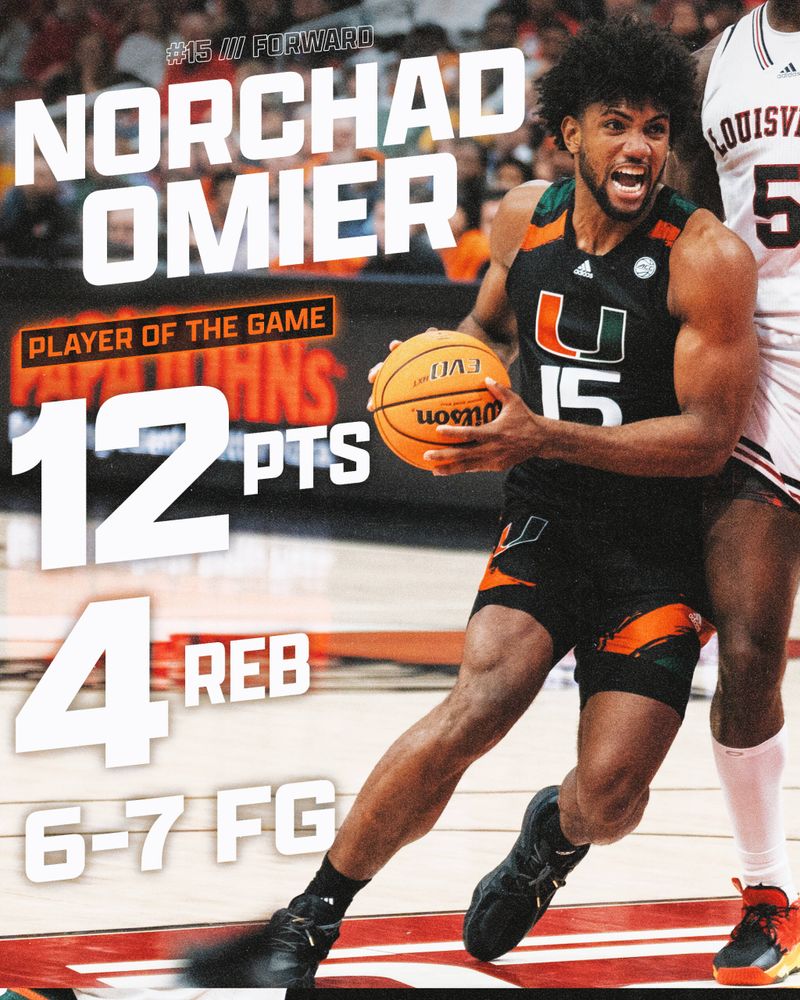