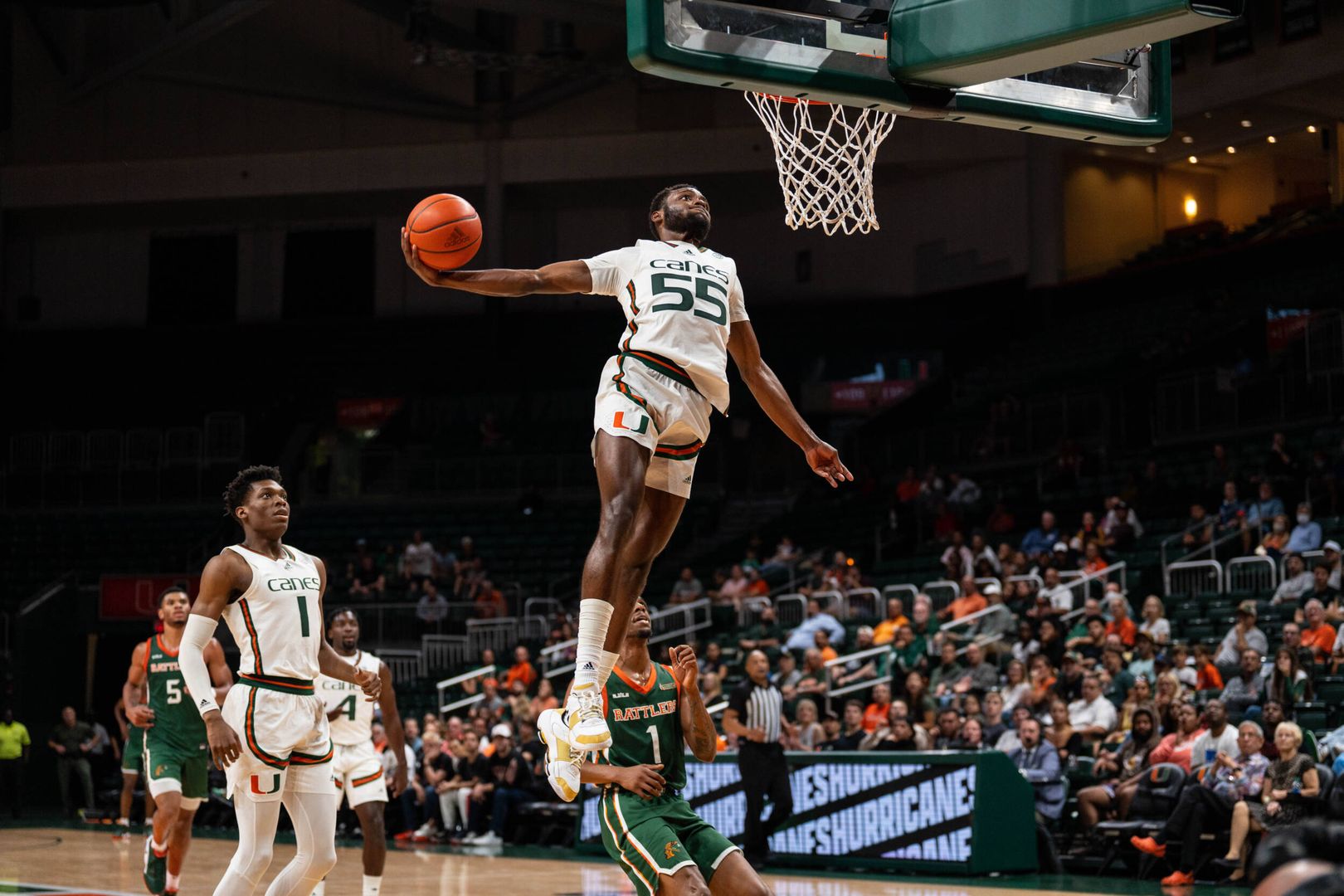 CORAL GABLES, Fla. – The University of Miami men’s basketball team cruised to an 87-61 win over Florida A&M Tuesday night in the finale of its three-game season-opening homestand.

Third-year sophomore forward Norchad Omier excelled with a game-high 21 points on 10-of-12 shooting for Miami (3-0). He made his first eight shots of the night at the Watsco Center, adding seven rebounds, three steals, two assists and two blocks in the dominant triumph.

The two sides played fairly evenly for the first 13-plus minutes, but Omier then scored six straight points in 55 seconds to spark a strong close to the half. Miami took 22 of the final 32 points of the frame and led by 14, 41-27, at the break.

The Hurricanes controlled play throughout the second frame, as Florida A&M (0-4) never got any closer than 13. Miami extended its lead as high as 28, on its way to the 26-point victory, its largest since an 85-57 victory over eventual NCAA runner-up North Carolina on Jan. 18, 2022. 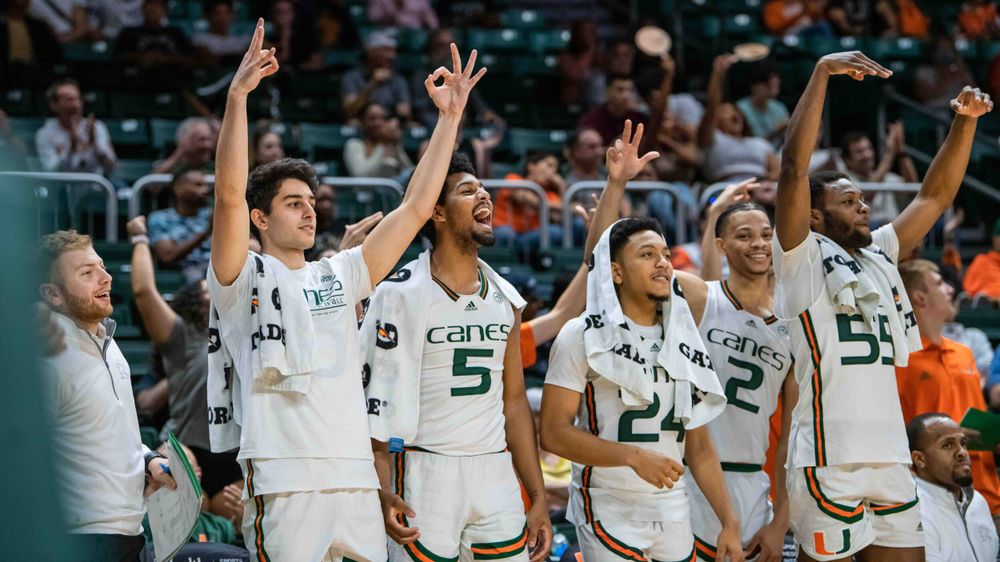 Miami now travels to Mohegan Sun Arena in Uncasville, Conn., for the Naismith Basketball Hall of Fame Tip-Off Tournament, first squaring off with Providence Saturday at 4 p.m., live on ESPNews.

MIAMI HURRICANES POSTGAME NOTES
– Head coach Jim Larrañaga earned the 699th win of his 39-year coaching career, placing him one away from becoming the 34th Division I coach (min. 10 years at DI level) to hit 700.
– Miami has won its first three games of the season for the eighth time in Larrañaga’s 12-year tenure, including the seventh in the last nine years.
– The Hurricanes improved to 18-1 under Larrañaga when registering 20-plus assists in a game and reached that mark for the first time since March 25, 2022, when they had 21 in the Sweet 16 victory over Iowa State.
– Miami finished with nine dunks, including four by Omier and three by Poplar.
– Omier shot 7-of-7 in the first half, tying the best mark in the program’s ACC era (2004-pres), matching the marks set by Angel Rodriguez (3/19/16 in 1H vs. Wichita State in Providence, R.I.), Sheldon McClellan (1/9/16 in 2H vs. Florida State), McClellan again (11/20/15 in 2H vs. Utah in San Juan, P.R.) and Reggie Johnson (1/2/11 in 2H at Duke).
– With his first point of the day, fourth-year junior guard Isaiah Wong became the 18th player in program history to reach 1,300, including the first since Davon Reed in 2016-17.
– Wong’s seven assists surpassed his career high of six recorded three previous times, most recently on 3/10/22 against Boston College in the ACC Tournament in Brooklyn, N.Y.
– Joseph, who recorded his first dunk as a collegian, eclipsing his previous career high of eight points, registered against Dayton on 11/25/21 in Kissimmee, Fla.
– Poplar’s prior career high in scoring and his lone previous double-digit showing came on 11/16/21 when he had 12 points at Florida Atlantic.
– Freshman center Favour Aire, redshirt freshman guard Jakai Robinson and freshman guard Christian Watson all made their collegiate debuts.
– Freshman forward Danilo Jovanovich did not dress due to illness for the second consecutive game. 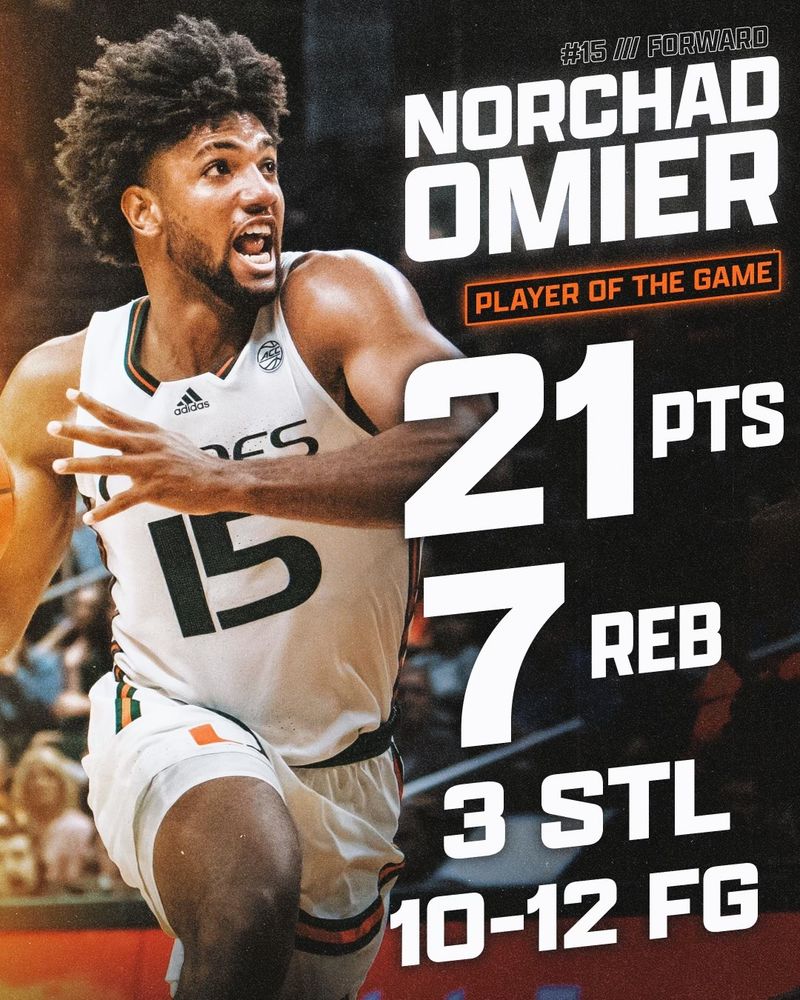