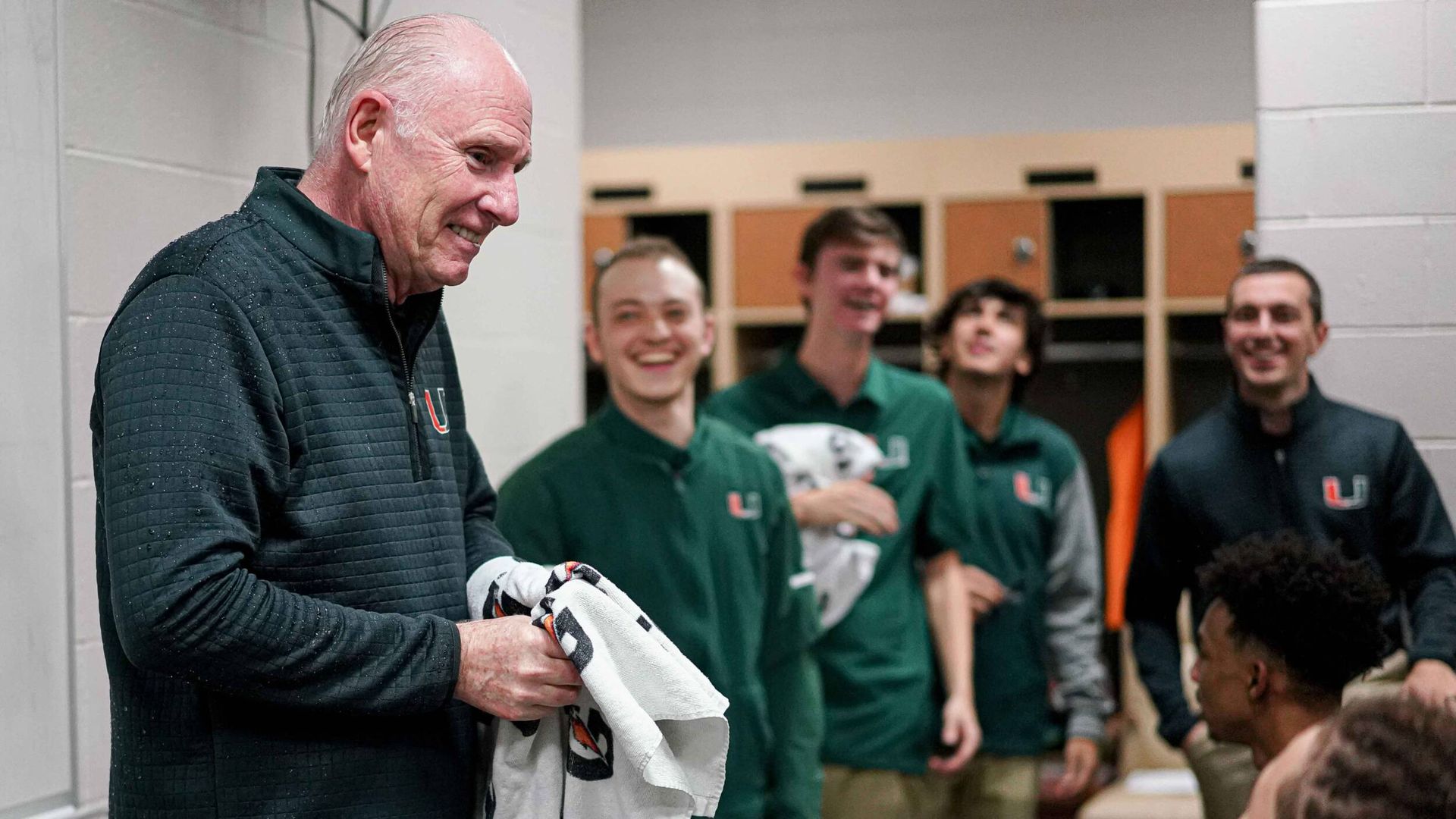 The victory marked the 700th of Miami (4-0) head coach Jim Larrañaga’s illustrious career. The win, in which his team led for 30-plus minutes against the reigning BIG EAST champions, came against his alma mater.

After Providence (3-1) took a 15-11 lead, Miami used separate 9-0 and 10-0 first-half runs to take early control, building its edge as high as 15 in the opening frame. The Hurricanes, behind 14 points from fourth-year junior guard Isaiah Wong, took a 12-point cushion, 38-26, into the locker room.

The Friars closed within six multiple times in the second session, but never got any closer. Fifth-year senior guard Jordan Miller banked in a 3-pointer with 5:48 left to cap an 8-0 run and make it 63-49. The Hurricanes’ advantage never dipped below double digits the rest of the way in the 10-point triumph.

Facing one of the best offensive rebounding teams in the nation, Miami had a 14-6 edge in that category, leading to a 16-4 edge in second-chance points and a 38-28 mark in paint points. The Hurricanes also shot 16-of-18 (88.9 percent) at the line.

Third-year sophomore forward Norchad Omier posted a 19-point, 12-rebound double-double to lead all players in both categories. He shot 7-of-12 from the floor and 5-of-5 at the line. Wong scored 18 points on 7-of-14 shooting and added a game-best three steals, while third-year sophomore guard Nijel Pack had 11 points. Miller chipped in nine points and nine rebounds. 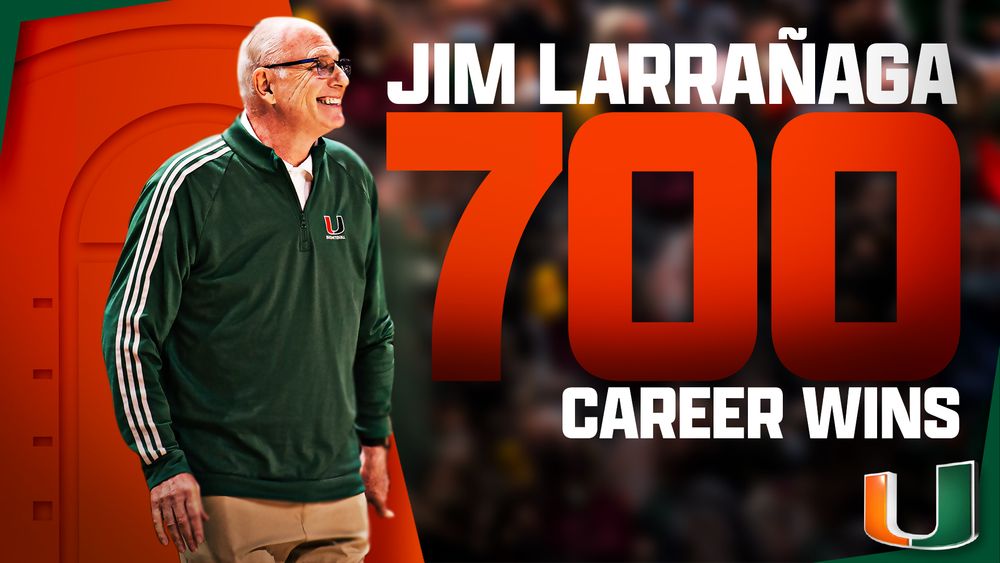 MIAMI HURRICANES POSTGAME NOTES– Larrañaga is the 53rd NCAA coach, at any level, to reach 700 victories, including the 35th with Division I experience and the 34th with at least five years of experience at that level.– Just seven prior individuals with ACC head coaching experience have hit the 700-win mark: Mike Krzyzewski, Jim Boeheim, Roy Williams, Dean Smith, Cliff Ellis, Lefty Driesell and Rick Barnes.– Larrañaga is the fourth person to reach 700 wins while an active ACC head coach, following Krzyzewski, Williams and Smith.– The victory over Providence marked the first for Larrañaga against his alma mater, as he lost his prior two such outings, once at Bowling Green (11/25/89) and once at Miami (12/22/14).– Miami has won its first four games of the season for the sixth time in Larrañaga’s 12-year tenure, including the sixth in the last nine years and first since 2018-19.– The Hurricanes improved to 78-57 all-time in multi-game events (not counting pre/post-tournament off-site matchups), including 55-31 since the program rebirth and 17-11 under Larrañaga.– Wong moved past Mike Wittman (1964-67) for No. 17 on Miami’s all-time scoring list, now owning 1,322 points at The U.– Omier has logged a double-double in two of his first four games as a Hurricane. 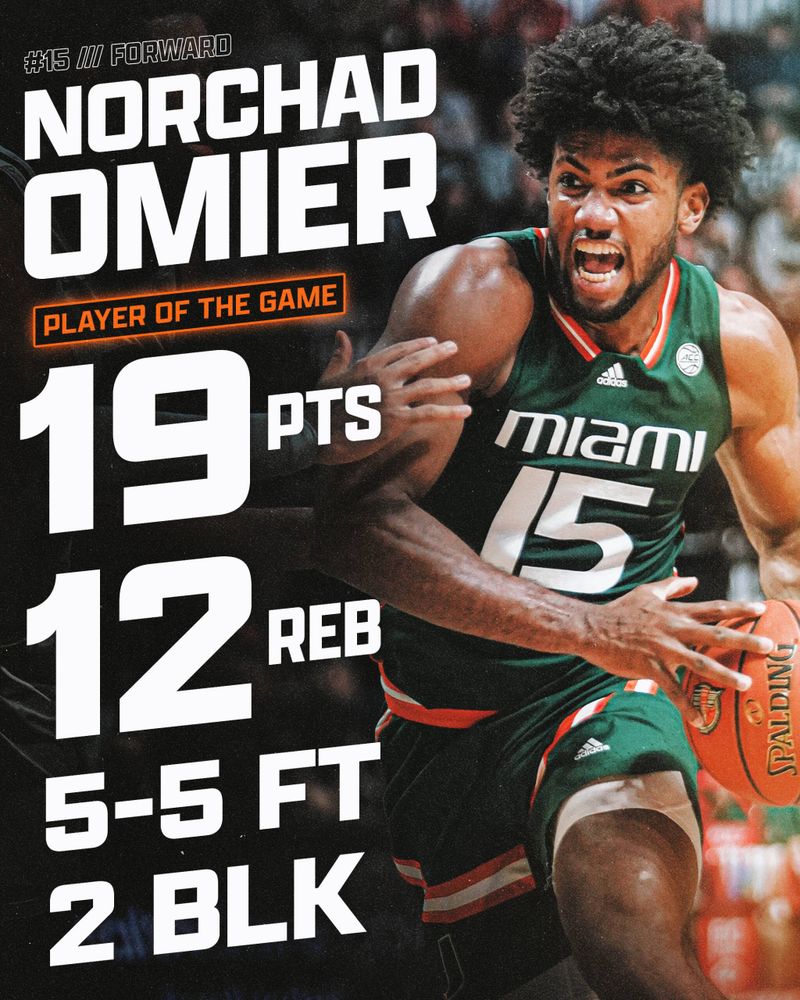