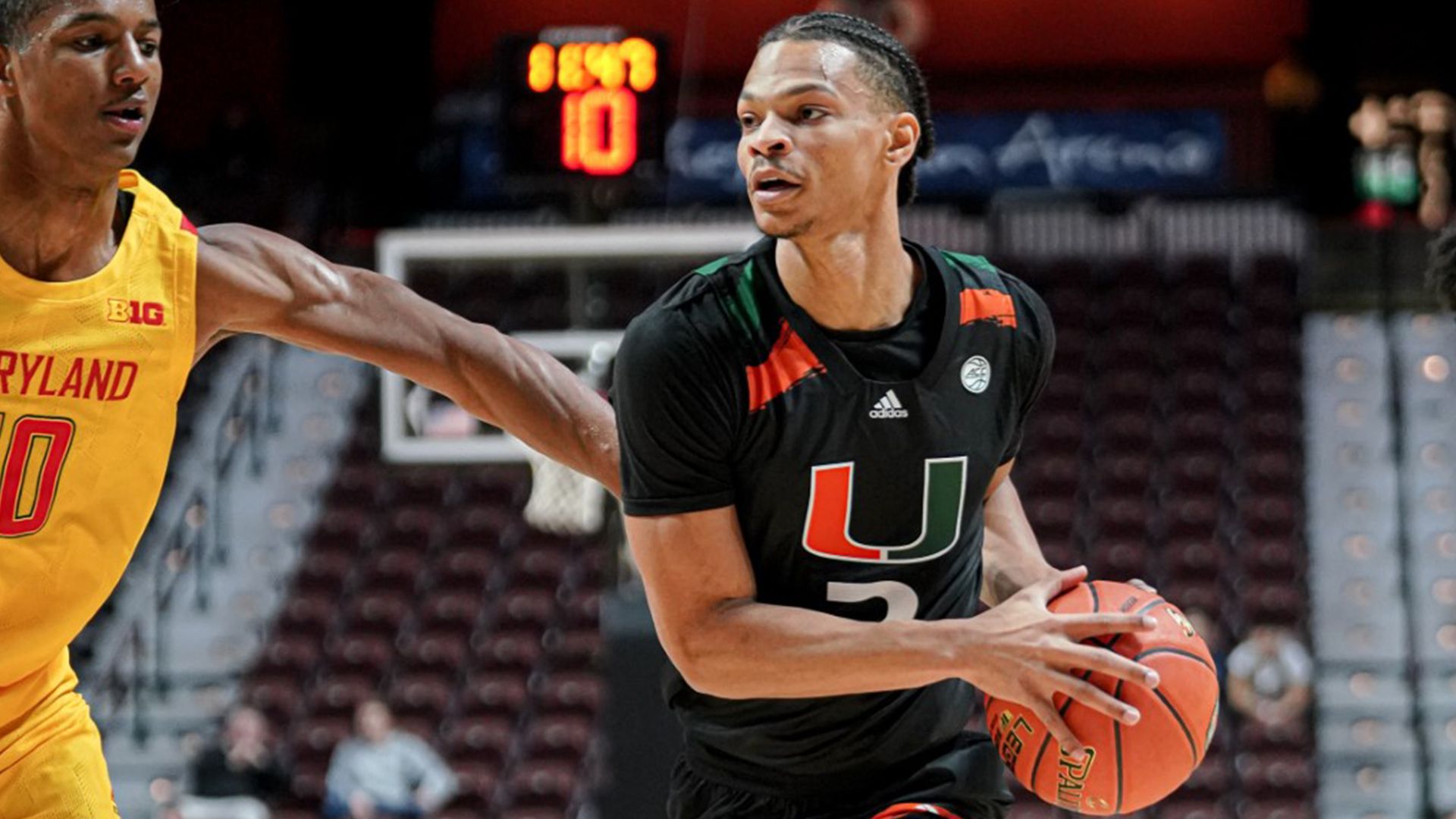 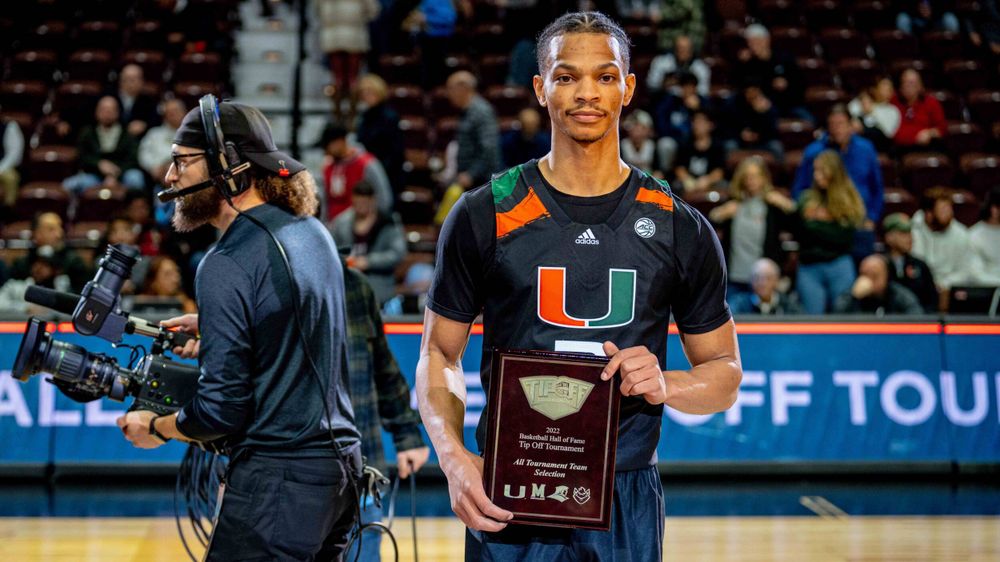 MIAMI HURRICANES POSTGAME NOTES
– The Hurricanes fell to 78-58 all-time in multi-game events (not counting pre/post-tournament off-site matchups), including 55-32 since the program rebirth and 17-12 under Larrañaga.
– Miami’s five-game winning streak when trailing at halftime, which dated back to 2/9/22 versus Georgia Tech, came to an end.
– Maryland became the first team to shoot 60.0 percent in a game against the Hurricanes since Virginia did so on its home court on 2/5/22.
– Prior to Maryland posting a 62.5 percent clip in the opening frame, the last team to shoot over 60 percent in a half against Miami was No. 21/22 USC on 3/18/22 in the opening round of the NCAA Tournament in Greenville, S.C.
– The Terrapins are the first time with five double-digit scorers against Miami since Boston College on 3/10/22 in the ACC Tournament quarterfinals in Brooklyn, N.Y.
– Wong moved past Davon Reed (2013-17) for No. 16 on Miami’s all-time scoring list, now owning 1,344 points at The U.
– Wong’s 22 points are the most by any Hurricane thus far in 2022-23, surpassing Omier’s 21 versus Florida A&M on 11/15/22.
– Wong earned Naismith Memorial Basketball Hall of Fame Tip-Off All-Tournament Team accolades after averaging 20.0 points per game.