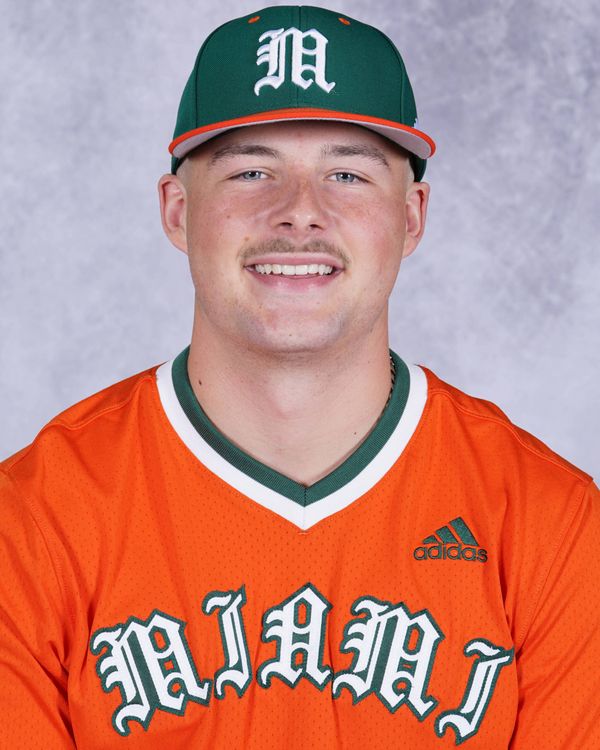 Freshman (2022): Made a team-high 30 appearances as a right-handed pitcher for the Hurricanes…Went 2-2 with a 4.04 ERA over 35.2 innings…Picked up one save…Recorded 52 strikeouts and held opponents to a .209 batting average…Did not allow an earned run in 13 of his first 14 outings…Tallied a 3.43 ERA in ACC play…Struck out the side in his collegiate debut against Towson (Feb. 18)…Pitched two shutdown frames and registered two punchouts vs. Boston College (Mar. 13)…Earned his first career save with a season-long three shutout innings, while striking out a season-best six at No. 21 Florida State (May 14)…Tossed two scoreless frames in the Coral Gables Regional against Canisius (June 4)…Struck out five across 2.2 innings vs. Arizona (June 5).

High School: Selected in 11th round of 2021 Major League Baseball First-Year Player Draft by the Chicago Cubs…Named 2021 Section V Class AA Player of the Year…As a senior, went 5-0 with a 0.17 ERA and 91 strikeouts over 42.0 innings pitched…Helped lead Penfield High School to 2021 Section 5 championship…Posted a 0.88 ERA in 120 career innings…Recorded 202 career strikeouts and held opposing hitters to a .177 batting average

Personal: Parents are Michael and Patricia Ziehl…Has one older brother, Clay…Intends to major in sport administration