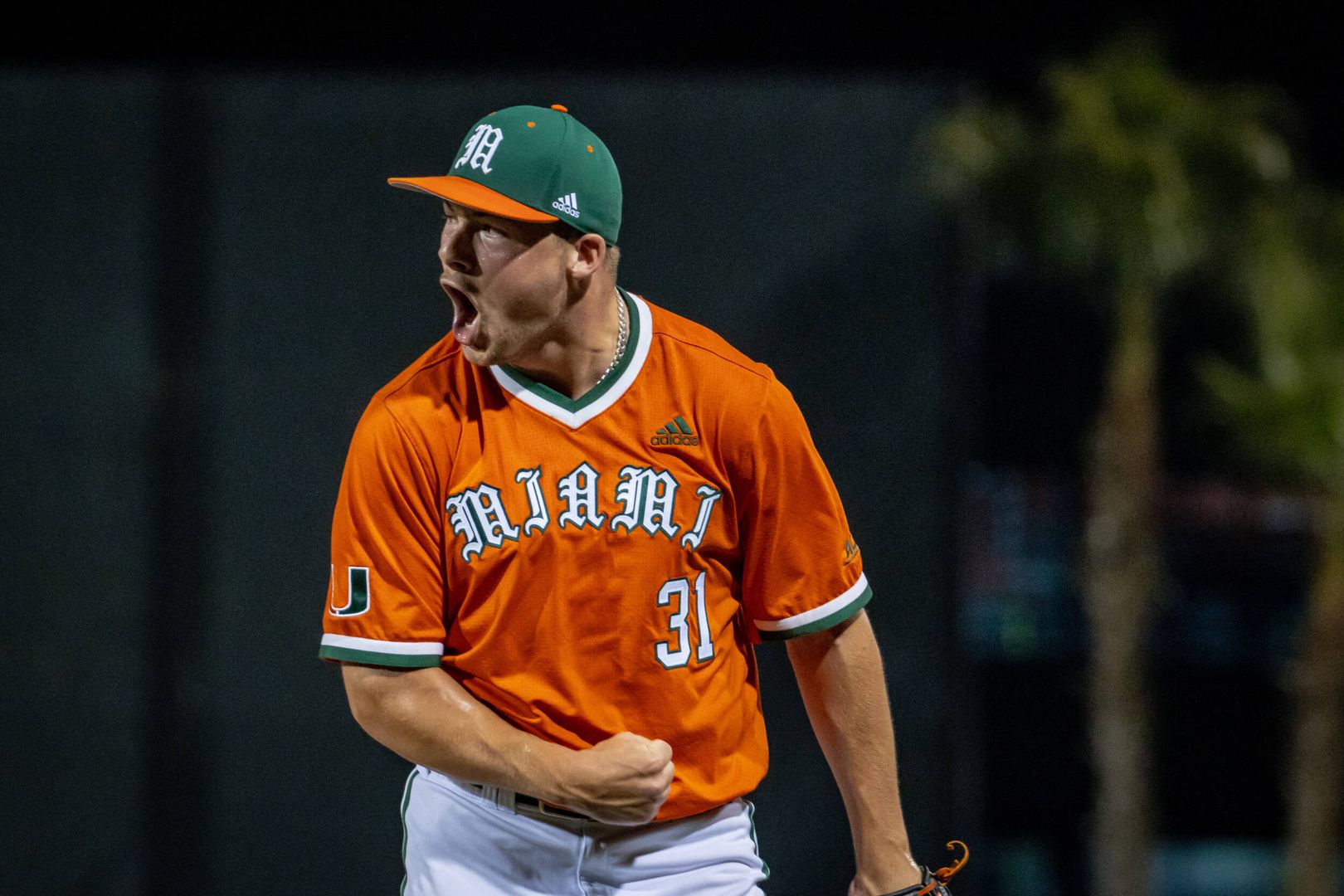 CORAL GABLES, Fla. — Gage Ziehl grew up nearly 1,500 miles away from the University of Miami.

But the Macedon, N.Y., native knew plenty about the Miami Hurricanes.

So, as their relationship blossomed, Dryer didn’t mince words with Ziehl on what it means to be a Miami Hurricane.

“You have to be [hardnosed] and have the right mindset,” Ziehl said of Dryer’s message. “People that go to Miami, you are those guys. You are the people that everybody wants to be.” 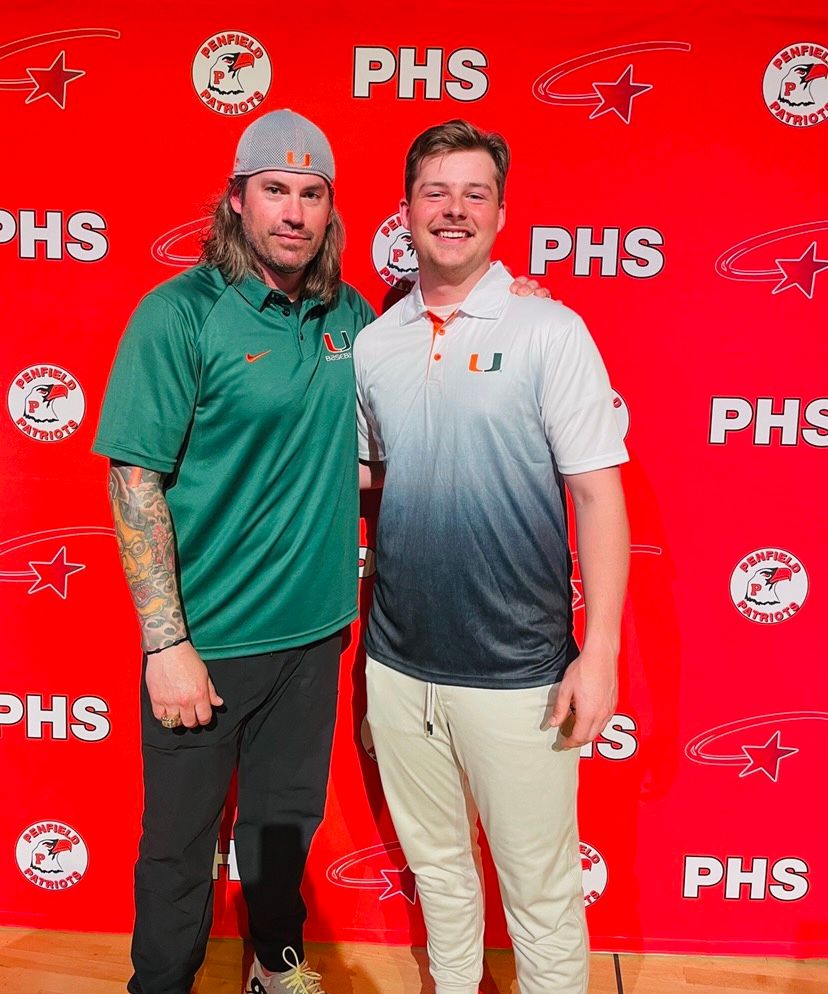 Now, Ziehl will look to continue to leave his mark as the Hurricanes welcome No. 13 North Carolina for a crucial Coastal clash.

“I feel like I’ve grown a lot in the first month and I have a lot more to go,” Ziehl said. “It feels really good to know that my coaches and teammates have trust in me. I know I can do it but for them to put me in those high-stress situations feels really good.”

From a young age, Ziehl has always displayed his moxie and passion in pressure moments.

Dryer first met Ziehl when he was 10-years-old and knew right away how special he would become.

“I remember thinking, this kid is not afraid of anything,” Dryer said. “When Gage first came to me, the youngest team we had was 13-years-old. He just turned 10 and he made that team. I didn’t know how old he was. He ended up starting at third base, playing on a full-size field at 10-years-old. It was unbelievable. Halfway through the season, I told him, you’re going to play for Miami one day.”

Ziehl wanted to be a Hurricane.

He asked his parents to buy him a green glove, showing off one of his future school’s colors.

As the 6-foot, 212-pound right-hander began high school, he started to make a name for himself. Ziehl heard from universities and colleges all across the country.

But there was one program that stood out to him.

Ziehl shined on the mound, pitching for the Penfield Patriots. He helped lead the Patriots to the 2021 Section 5 Championship, totaling a 5-0 record with a 0.17 ERA and 91 strikeouts over 42 innings. He was named the 2021 Section V Class AA Player of the Year, wrapping his high school career with a 0.88 ERA in 120 innings.

His impressive résumé garnered attention from MLB scouts and ultimately was selected in the 11th round of the 2021 draft by the Chicago Cubs.

“As a kid, if you play baseball, that’s one of your biggest dreams,” Ziehl said. “But coming to the University of Miami was one of my other dreams. This school has a lot of history. I don’t think there is a better campus in the United States. The weather, campus and the field, you can’t do better than that.

“After I got drafted, I had a couple calls with the coaches. I knew they had already cared about me, but after talking with them, I wanted to come here even more.”

Since arriving on campus, Ziehl has captivated the Hurricanes’ coaching staff, who have put faith in the freshman in late-inning situations.

“He’s a very competitive person and fiery,” Miami associate head coach/pitching coach J.D. Arteaga said. “Everything he throws, he’s trying to throw it through a wall. He has amazing competitiveness to him. He is going to be a team captain here before long. He has a lot of leadership qualities about him and he always does things the right way.”

Heading into the three-game set against the Tar Heels, Ziehl has made a team-high 10 appearances. He has posted a 2.25 ERA and 19 strikeouts across 12 innings out of the Hurricanes’ bullpen, showcasing his toughness time and time again. 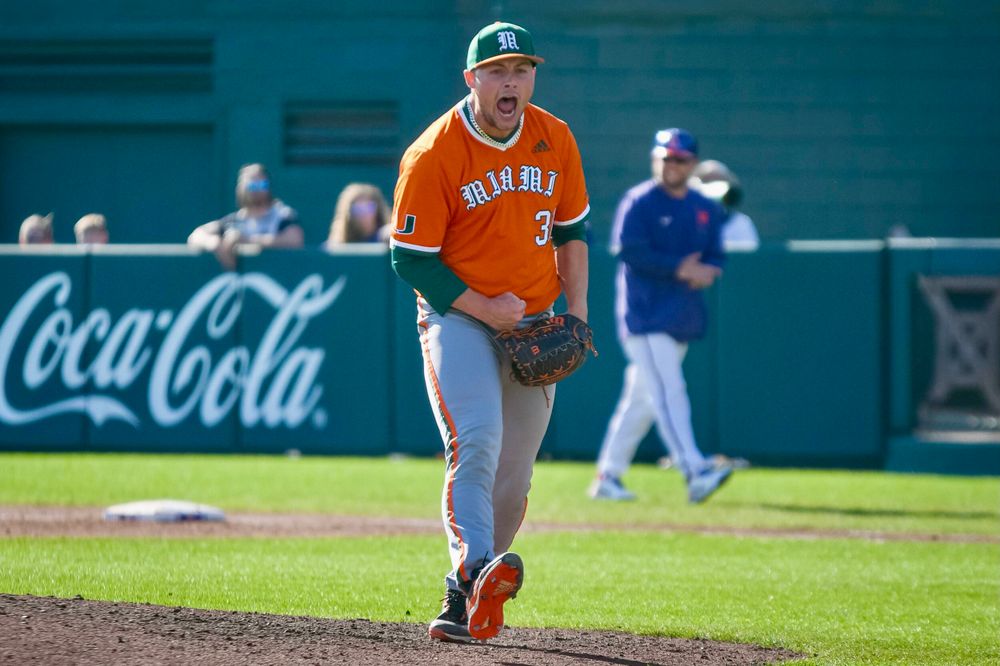 Against then-No. 18 Clemson, Miami led 2-1 in the bottom of the sixth.

Ziehl was called on to pitch with the tying run in scoring position and the go-ahead tally at first.

Miami’s set-up man retired the next two Tigers and let out a roar at Doug Kingsmore Stadium.

“Proud is an understatement,” Dryer said. “Not everybody can play at Miami, but he has that old-school Miami makeup. I didn’t want to put pressure on him to go to Miami. I wanted him to make the decision. I look at him as my little brother or my son. The fact that he is happy is all I care about.”

Ziehl has shined in his rookie season.

And despite the early success, he’s only focused on one thing.

“Winning is everything to me,” Ziehl said. “I can’t stand losing. I want to go to Omaha and win a national championship.” 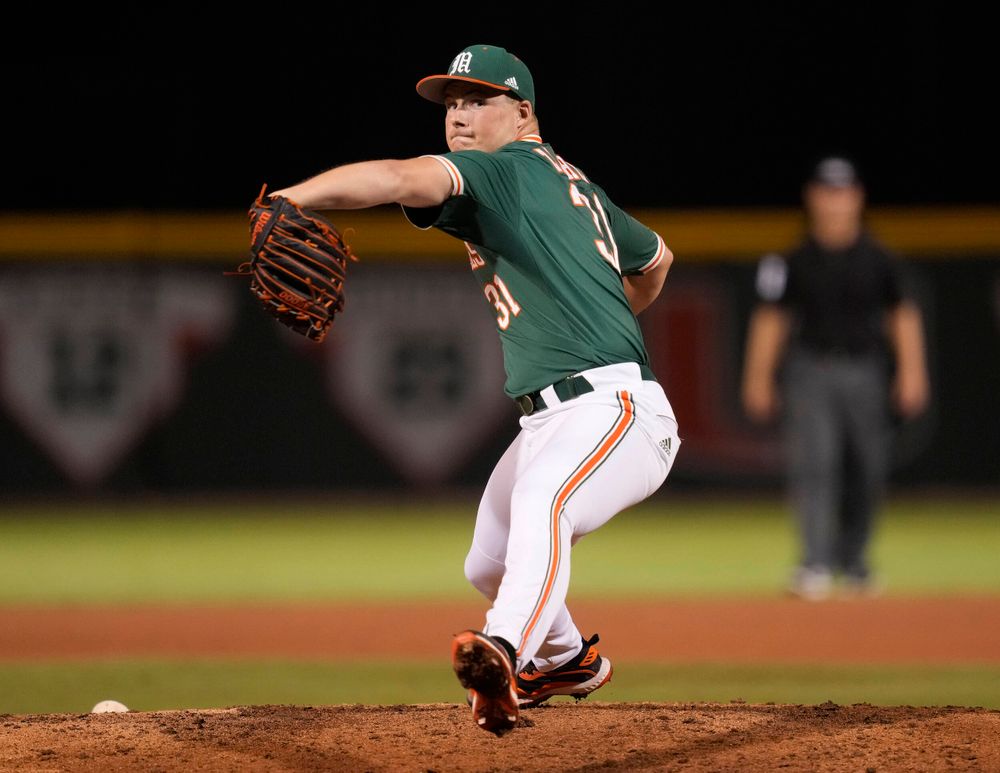