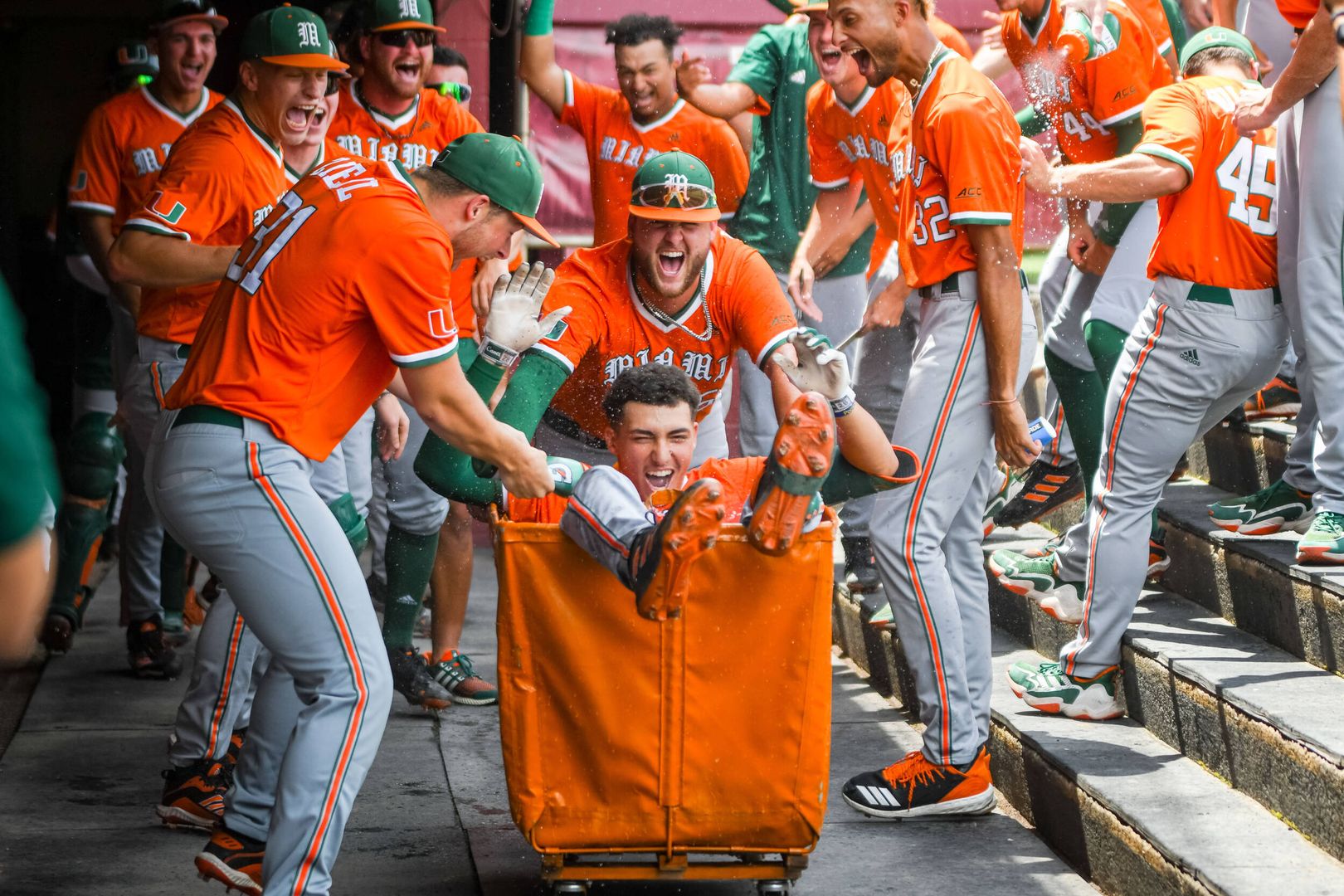 After the Hurricanes’ series opener against rival Florida State was postponed due to weather Friday, the Hurricanes came to play Saturday.

No. 6 Miami claimed the first leg of the doubleheader, downing the 21st-ranked Seminoles, 8-2, in front of 4,760 fans at Dick Howser Stadium.

“Carson Palmquist did a great job setting the tone on the mound,” Miami head coach Gino DiMare said. “Offensively, we did a very, very good job one through nine taking taxing at-bats. We got arguably one of the better pitchers in the country out in the fifth inning. Our hitters and coaching did an excellent job preparing for him.”

“The rivalry is big, but knowing how many people have our backs and that my teammates have my back, I knew that one run wasn’t going to win the ballgame,” Palmquist said. “I felt like everything was working, all of my pitches. It felt amazing out there helping my team.”

The Hurricanes (37-12, 18-7 ACC) immediately responded to the Seminoles’ strike in the opening frame.

Designated hitter Ariel Garcia launched a two-strike three-run bomb to place the Canes ahead, 3-1, in the second.

“It’s demoralizing,” DiMare said. When they scored, we answered right back in big ways. We had a lot of clutch two-out and two-strike hits. Our offense did a very, very good job.”

With Palmquist putting zeros on the board, Miami’s offense padded its lead two innings later.

The Miami native slapped an opposite-field two-strike base hit in the sixth, pushing the Canes’ cushion to 5-1.

In the bottom half, the first two Noles reached base safely.

After a lineout and an error moved up the runners 90 feet, Palmquist limited the damage to just one.

The left-hander got Florida State third baseman Jordan Lacey to bounce out to the mound before the Hurricanes’ ace fanned second baseman Jackson Greene.

“I was fired up,” Palmquist said. “This rivalry gets me going. There’s nothing like this. We don’t like FSU and they don’t like us. To go out there and limit a good offensive team to two runs felt amazing.”

Like Miami did in the second, the Hurricanes answered the next frame.

Third baseman Yohandy Morales rocketed a two-run shot before right fielder Zach Levenson put the nail in the coffin with an RBI double.

Freshman right-handed pitcher Gage Ziehl earned his first career save, setting down nine of the final 10 Seminoles and racking up six punchouts to put on the finishing touches.

Miami and Florida State will square off in the nightcap of the twin bill, beginning at 7 p.m. at Dick Howser Stadium.

“We have a chance to win the series,” DiMare said. “We knew it was going to be a long day. The first game was the most important one. We have to re-focus and be ready to do it again tonight.” 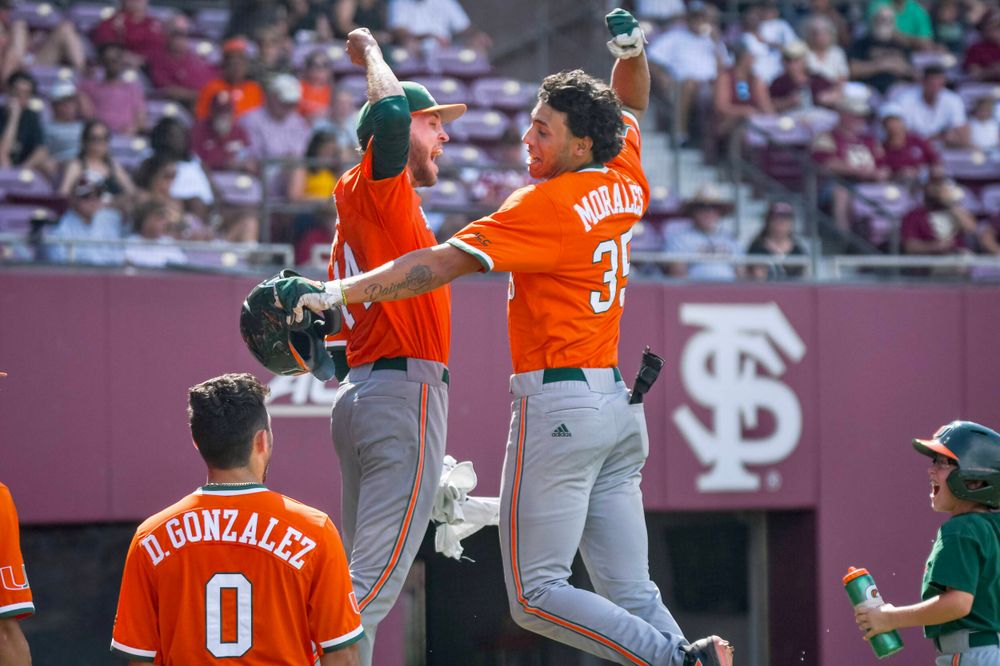