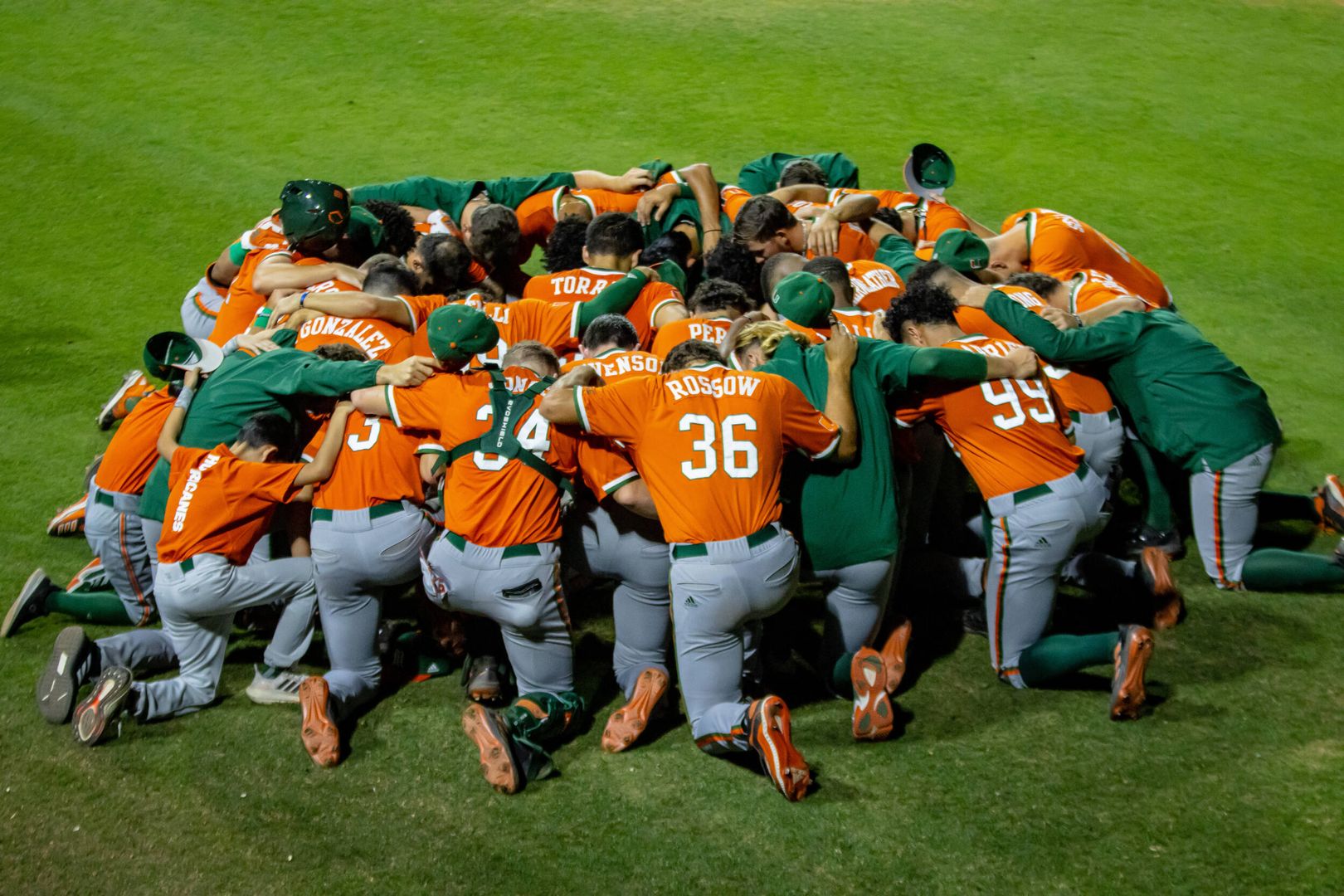 CLEMSON, S.C. — The Miami Hurricanes baseball team is a family.

After playing their first 15 games in Miami, the tight-knit Hurricanes (11-5, 2-1 ACC) experienced a hostile road atmosphere for the first time this season.

Despite falling to UCF Wednesday in Orlando, Miami’s brotherhood continues to develop a deeper bond as the Hurricanes travel to Clemson to face the 18th-ranked Tigers (11-2, 0-0 ACC).

“Going on the road brings us together,” freshman infielder Dorian Gonzalez Jr. said. “When we’re on the road, it’s us, not just against the team we’re playing, but the town that we’re in. We have to stay together and pull through.”

The Hurricanes played in front of a raucous 3,372 sell-out crowd at John Euliano Park.

While Miami came up short, the Hurricanes are focused on using it as a learning experience.

“It got pretty rowdy,” Gonzalez Jr. “The opposing fans were right on top of us. To go through some adversity and stick together will help us later down the line.”

Even more importantly, the Hurricanes are learning more about each other.

“We’re bonding, doing stuff together and it’s helping us build chemistry even more than we already have,” freshman right-handed pitcher Gage Ziehl said. “As a team, we’ve gone to go eat together, play Uno on our phones, PlayStation. We’ve kept busy and have stayed close.”

Now, Miami will play an ACC road series for the first time in 2022.

And the Hurricanes are ready to revel in the road surroundings at Doug Kingsmore Stadium.

“When the environment is as big as it is, your adrenaline is definitely pumping,” Ziehl said. “It gets you excited. I feed off the crowd’s energy, it helps me pitch better.”

The Hurricanes lead the all-time series against the Tigers, 44-30-1, after securing a sweep last year at Mark Light Field.

“There’s not much different with road games other than arriving later,” Ziehl said. “The older guys told us just to keep our cool, stay calm and play our game.”