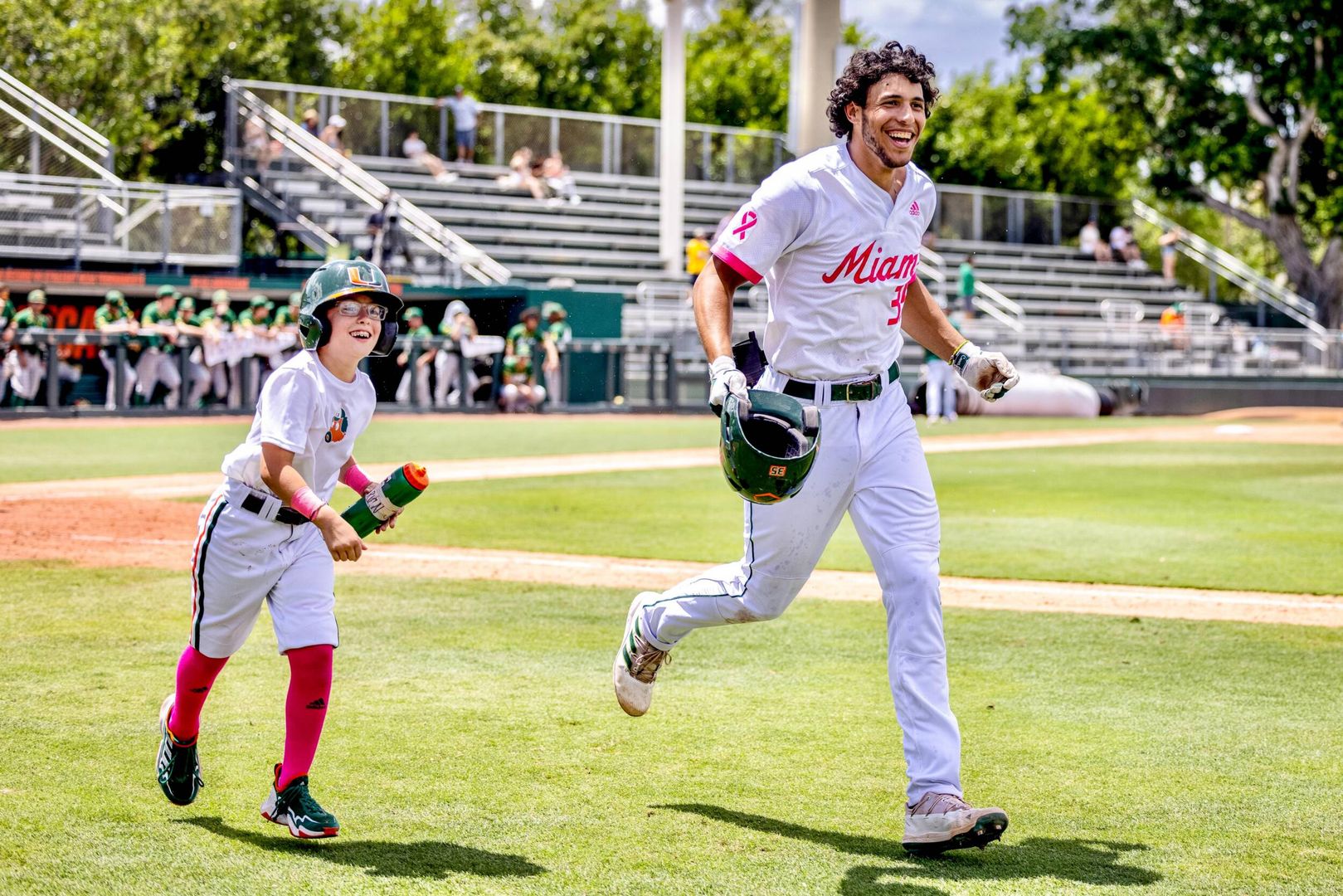 CORAL GABLES, Fla. — Yohandy Morales promised to give his mom a gift for Mother’s Day.

Instead, he gave her two.

With his mom, Daiyana, in the stands, Morales blasted a pair of homers, including a go-ahead three-run bomb in the seventh, that propelled the No. 6 Miami Hurricanes to a 6-4 win over the North Dakota State Bison Sunday afternoon at Alex Rodriguez Park at Mark Light Field.

“I told my mom I was going to try and hit a home run for her today,” Morales said. “I hugged her after the game and she thanked me for the amazing two gifts. The pitcher gave me a pitch middle-in and I got my hands extended.”

“Yoyo had an unbelievable day today — picked me up, picked the team up, picked his teammates up,” Miami head coach Gino DiMare said. “Just a really, really big win.”

In his 100th career game, the sophomore third baseman slammed a 407-foot solo shot to put the Hurricanes ahead, 1-0, in the first.

Then, after North Dakota State grabbed its first lead of the weekend, Morales was in the middle of Miami’s rally.

With the Hurricanes trailing, 2-1, in the sixth, freshman outfielder Edgardo Villegas and Morales led off the frame with back-to-back singles.

After both runners advanced 90 feet, sophomore outfielder Jacob Burke leveled the contest with his 50th RBI of the season.

On the next pitch, sophomore shortstop Dominic Pitelli plated Morales with an RBI groundout, pushing the Hurricanes back in front, 3-2.

The Bison answered immediately on Druw Sackett’s two-run jack in the seventh.

But Morales came through in the clutch.

In the bottom half of the inning, the Miami native hammered a 430-foot rocket down the left field line that sent the Hurricanes’ dugout into a frenzy.

Miami closer Andrew Walters entered in the eighth and retired the final six batters to slam the door, recording his 13th save.

With his team-leading 10th and 11th round-trippers of the season, Morales became the first Hurricane since Zack Collins in 2015 and 2016 to launch double-digit home runs in consecutive campaigns.

“It’s just crazy, especially being from Miami,” Morales said. “To have the opportunity to have my family be able to come out here and watch me play every game. It’s been a surreal experience. I’ve been grinding with my brothers day in and day out. I couldn’t ask for anything else.”

The 6-foot-4, 208-pound slugger finished the weekend 10-for-15 with three big flies and nine RBI as the Hurricanes pounded 11 long balls in the series.

“We want to keep this going,” DiMare said. “Certainly, all the wins matter now. We’re trying to put ourselves in a position at the end of the year, hopefully, where you give yourself a chance to host. We’re in that position. We’ve got to finish strong.” 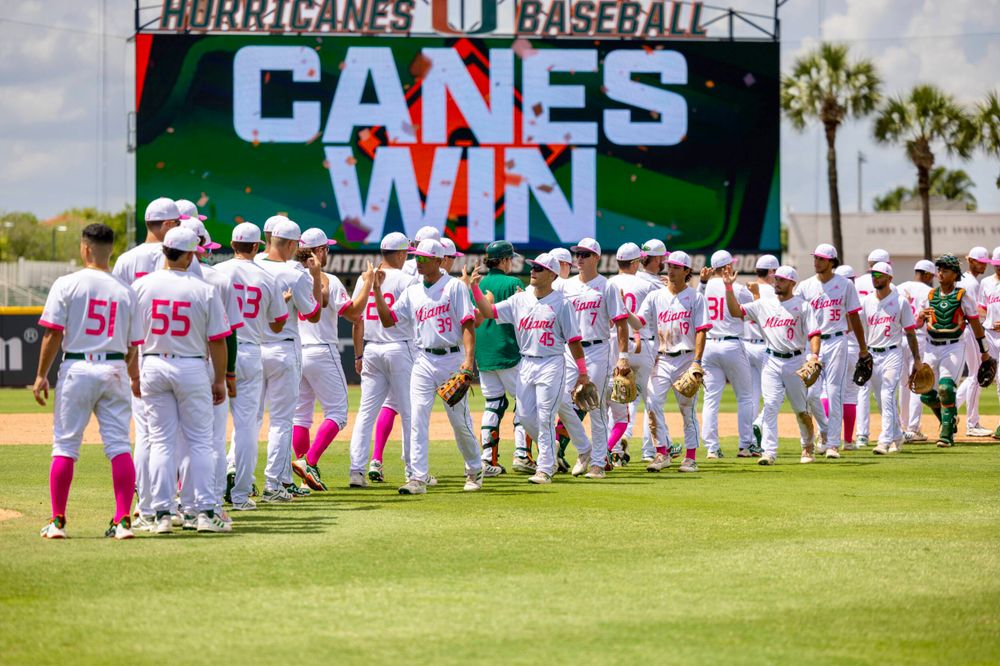