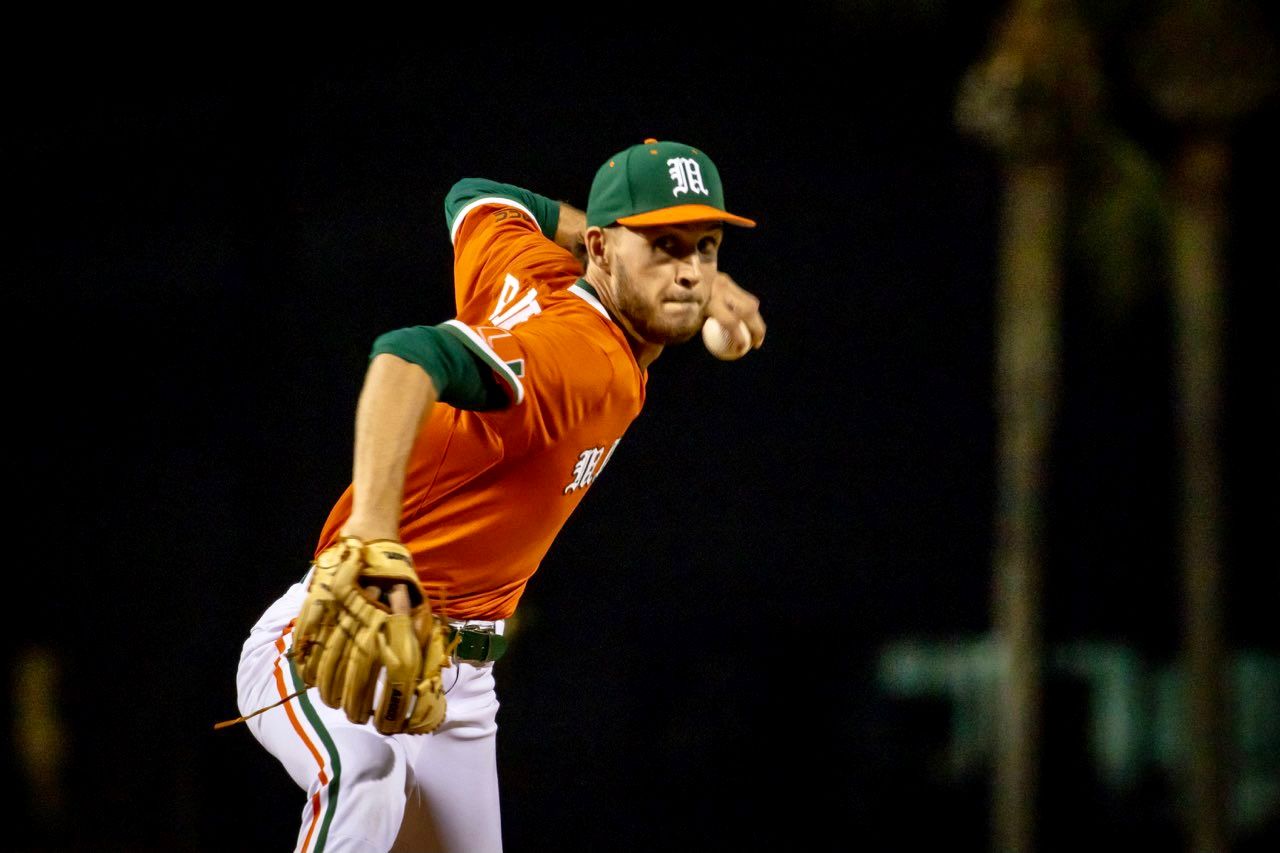 Hurricanes Bounce Back to Beat Harvard

CORAL GABLES, Fla. — The Miami Hurricanes knew pitching would be the strength of their team heading into the 2022 season.

While the Hurricanes’ offense stole the headlines across their first six games, Miami’s pitching staff shined with the game on the line Saturday evening.

Behind a dominant pitching performance, the Hurricanes topped Harvard, 2-1, in front of 3,055 fans at Alex Rodriguez Park at Mark Light Field.

“It was a good bounce-back win,” Miami head coach Gino DiMare said. “Every pitcher played a huge role, starting with Carson. He pretty much dominated.” 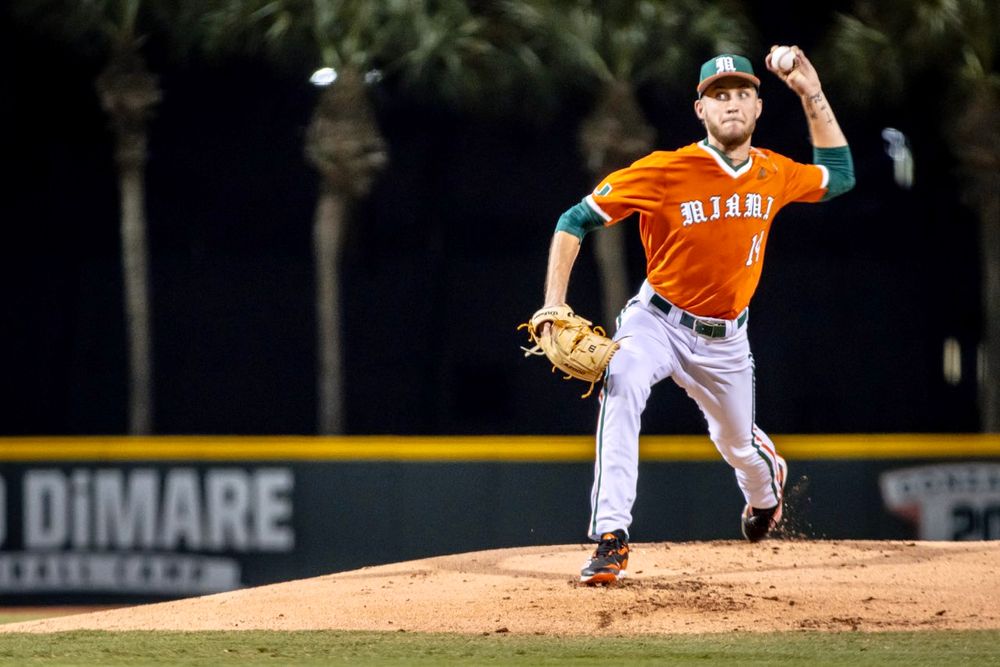 With the Hurricanes ahead, 2-1, in the sixth, the Crimson mounted a rally.

Miami’s skipper called on right-hander Gage Ziehl with the tying-run in scoring position and the go-ahead run aboard at first.

Ziehl entered and struck out Zach Brown, who smacked a home run off the Hurricanes’ freshman 24 hours prior.

After designated hitter Will Jacobsen reached on a fielder’s choice, Ziehl induced an inning-ending groundout to keep the Crimson off the board. 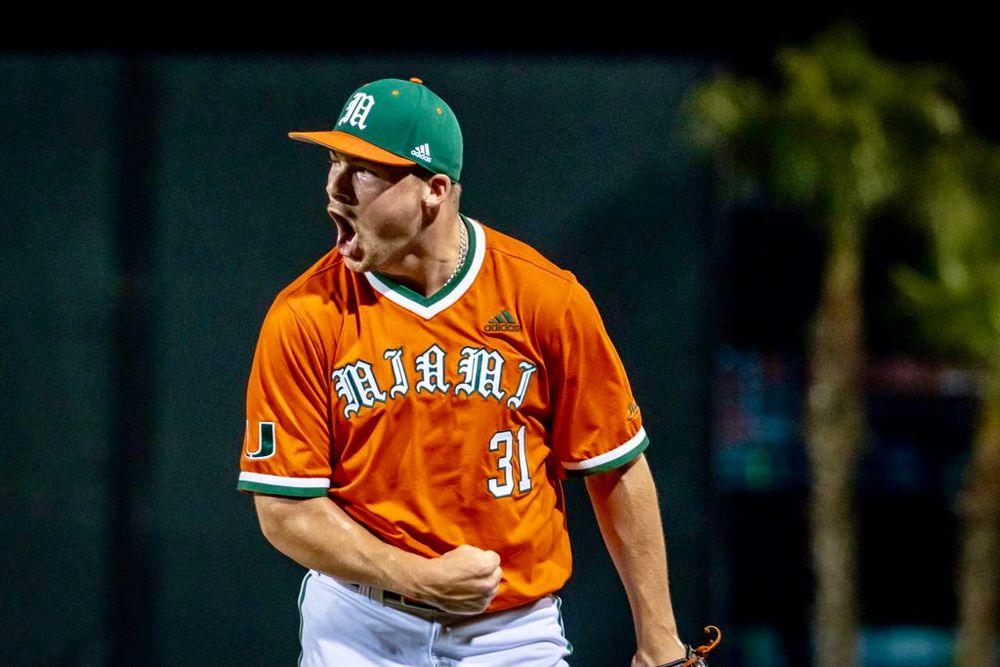 “He wanted the ball. His body language showed me he wanted it,” DiMare said. “I told him when I gave him the ball, ‘This is the guy we want you to get. He’s your guy.’”

Schlesinger issued a leadoff free pass and promptly induced a 5-4-3 double play to eliminate the threat.

“Both guys are very impressive freshmen that don’t back down from any challenges,” DiMare said.

Right-handed flame thrower Andrew Walters came on for the final six outs to seal the victory, notching his second save of the young season.

“Everybody on this team trusts Walters,” said captain Yohandy Morales, who finished with three hits. “We knew he was going to come in and get the job done.” 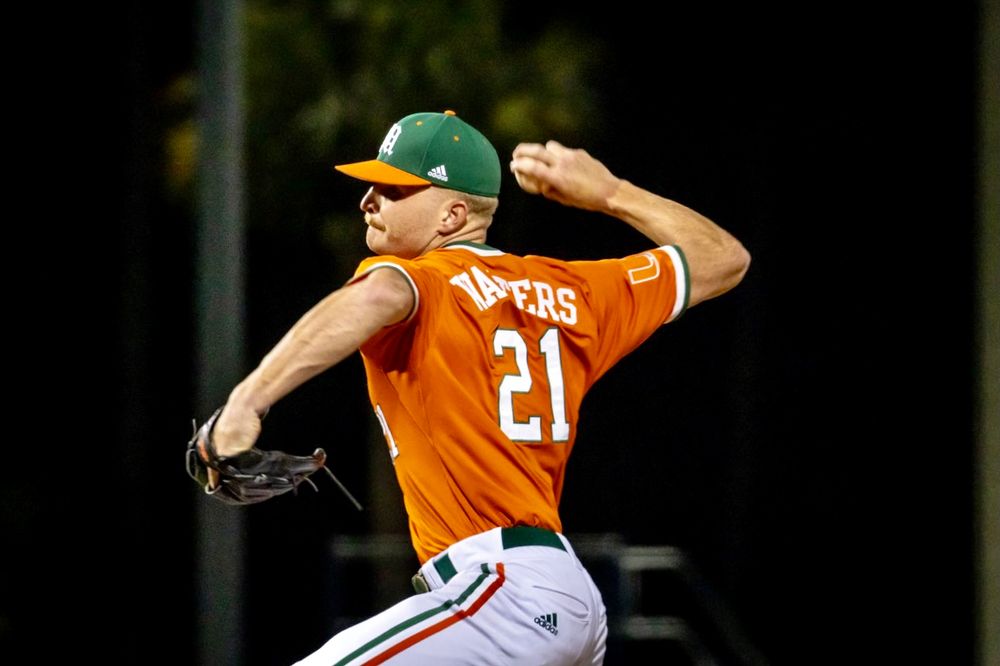 Miami’s offense, which had scored 60 runs across its first six contests, got off to a hot start Saturday night.

The Crimson answered in the fourth when Snopek blasted a solo shot off Palmquist, sending the third base dugout into a frenzy.

“It fired me up,” said Palmquist, who responded by fanning the next hitter. “It made me want to compete even more. I don’t like people beating me. I fired it right back in there and didn’t let it affect me.”

Palmquist’s batterymate Maxwell Romero Jr. backed Miami’s starter, putting the Hurricanes back in front with an RBI double in the fifth.

With the victory, the Hurricanes force a rubber game with Harvard. First pitch is slated for 1 p.m. Sunday at Mark Light Field.

“Harvard is a good team. We didn’t know anything about them, but we do know,” DiMare said. “Harvard is a team that is going to do very well in its conference. They’re going to make noise after that if I had to guess. We got our hands full. We need to be ready to play tomorrow.”