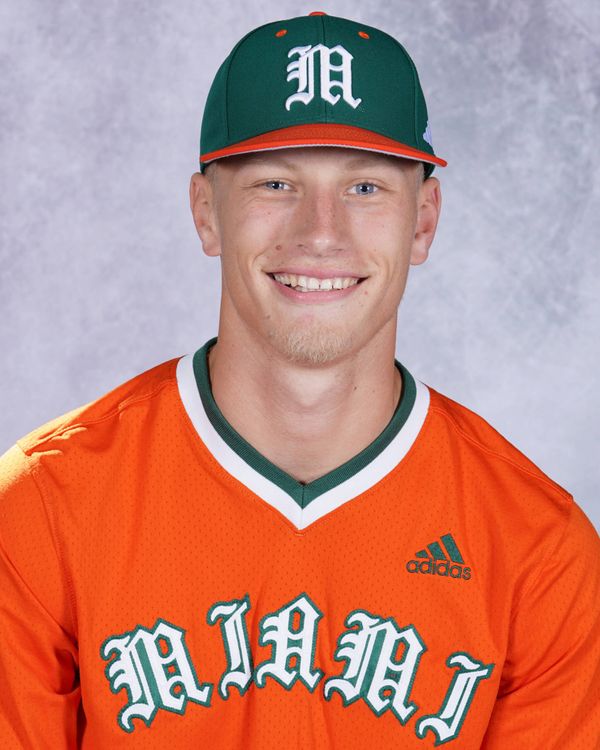 Freshman (2022): Made 19 appearances as a left-handed pitcher for the Hurricanes…Went 1-0 with a 3.38 ERA over 10.2 innings…Recorded eight strikeouts, while walking nine…Allowed only two extra-base hits…Did not surrender a run in 15 of his 19 outings…Finished his rookie campaign without yielding a run in his final five appearances…Punched out the lone batter he faced in his collegiate debut vs. Towson (Feb. 18)…Struck out a season-high two in a scoreless frame against No. 3 Virginia (Apr. 10)…Tossed a season-long 1.2 innings vs. FAU (Apr. 12).

High School: Four-year letterman at Sachem East High School, serving as captain in his final two seasons…Named the 2021 Suffolk County Player of the Year…Garnered the Paul Gibson Award, presented to the top pitcher in Suffolk County…Earned 2021 League I MVP honors and All-League recognition…Went 4-1 with a 0.70 ERA and 80 strikeouts over 40.0 innings pitched as a senior.