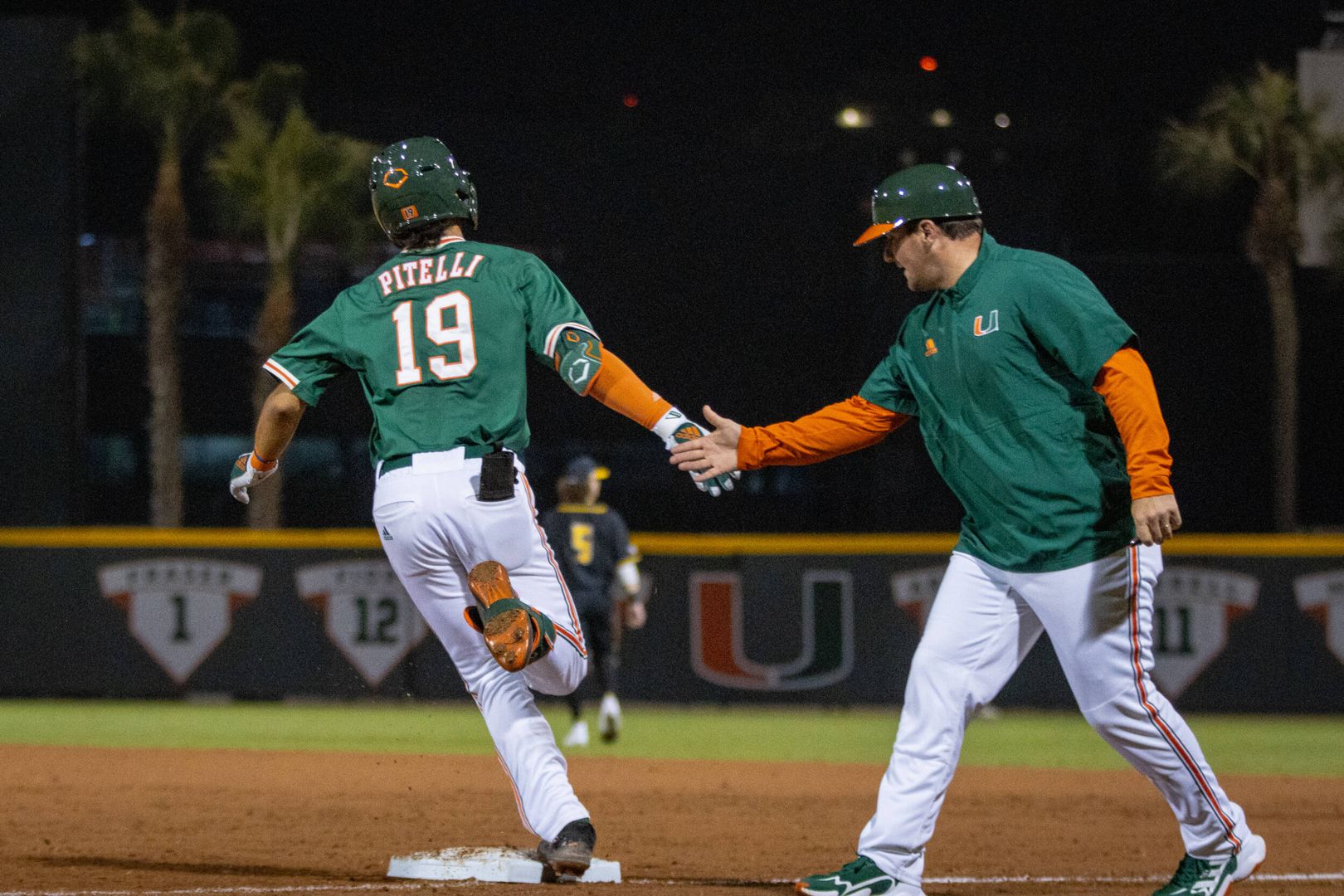 CORAL GABLES, Fla. — The University of Miami baseball team started its 2022 campaign on the right foot, taming the Towson Tigers, 10-8, in front of 3,205 fans Friday evening at Mark Light Field.

“That’s probably one of the crazier Opening Night games I’ve been a part of, a lot of things happened there,” Miami head coach Gino DiMare said. “Obviously, I’m happy to see our offense score runs. If we’re going to be a good team, we’ve got to pick each other up.”

Miami (1-0) scored in five of the first six innings, using a five-run sixth to lock up its first win of the year.

Sophomore shortstop Dominic Pitelli led the Hurricanes’ offensive outburst, finishing with his first career four-hit performance, highlighted by a home run. Pitelli, who also drove in a quartet of runs, became the first Hurricane in more than a decade to notch four hits on Opening Day.

“My approach was really to just sit on a fastball,” Pitelli said. “We have a bunch of young great guys in the lineup. All these guys look like they have been here a long time. We just all have such great chemistry, so everything just keeps rolling.”

With Miami trailing, 7-5, heading into the bottom of the sixth, the first three Hurricanes reached base.

Cleanup hitter Maxwell Romero Jr. stepped to the dish with the bases full in a pivotal spot. Romero was hit by the first pitch, starting a streak of five consecutive Miami batters to bring home a run.

Sophomore Jacob Burke and freshman Dorian Gonzalez each followed with a fielder’s choice, plating a pair to put the Hurricanes back in front, 8-7.

Pitelli, who already plated three runs in the game, bookended the Hurricanes’ scoring with an RBI knock to pad Miami’s advantage, 10-7.

Towson (0-1) answered with a run in the seventh, but in the eighth, the Hurricanes’ bullpen shut the door.

After a leadoff baserunner, DiMare turned to freshman left-handed pitcher Rafe Schlesinger with the tying-run up to bat.

The southpaw punched out Towson right fielder Elijah Dickerson for the first out of the frame.

Once again, DiMare made the move to the pen, calling on closer Andrew Walters.

The flame-throwing right-hander mowed down the Tigers, tallying the final five outs to record his first career save.

“I like this new role. I worked hard for it and I feel like it fits me well,” Walters said. “It was an exciting moment with all the fans back in the stadium. The crowd was really helping us out.”

In the victory, Burke, Carrier, Romero Jr. and Mike Rosario all collected their first hits in a Miami uniform. Burke’s solo blast in the fifth vaults him into exclusive company, joining the likes of Yonder Alonso and Zack Collins, to smack a homer for their first hit as a Hurricane.

With the win, the Hurricanes have won 14 straight Opening Day contests at Mark Light Field. Miami is 28-5 on Opening Day since 1990.

The Opening Weekend set between the Hurricanes and Tigers resumes Saturday with a doubleheader, beginning at 2 p.m., at Alex Rodriguez Park. 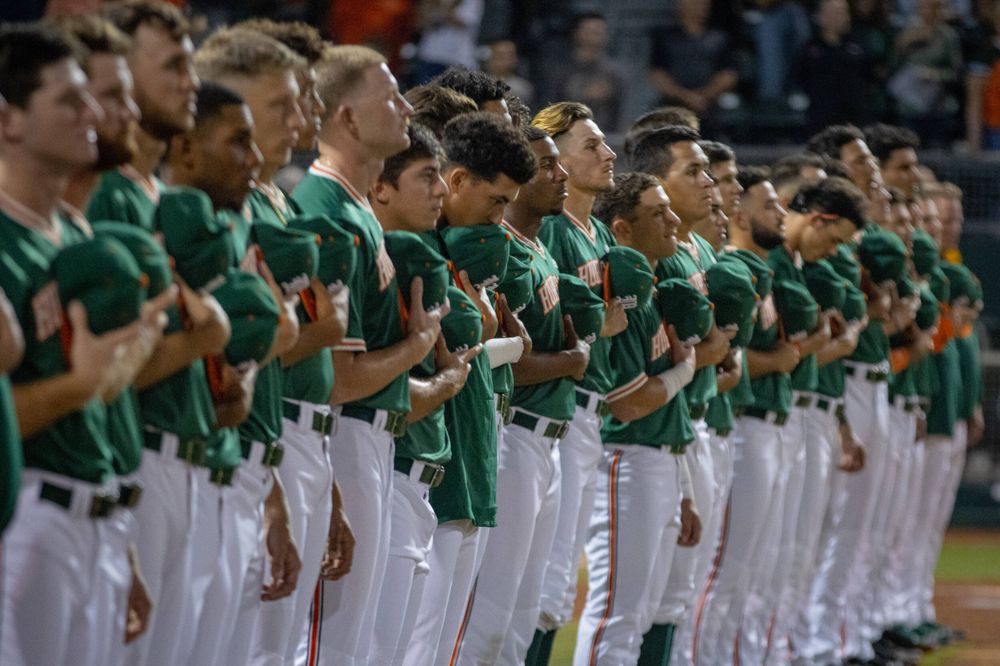