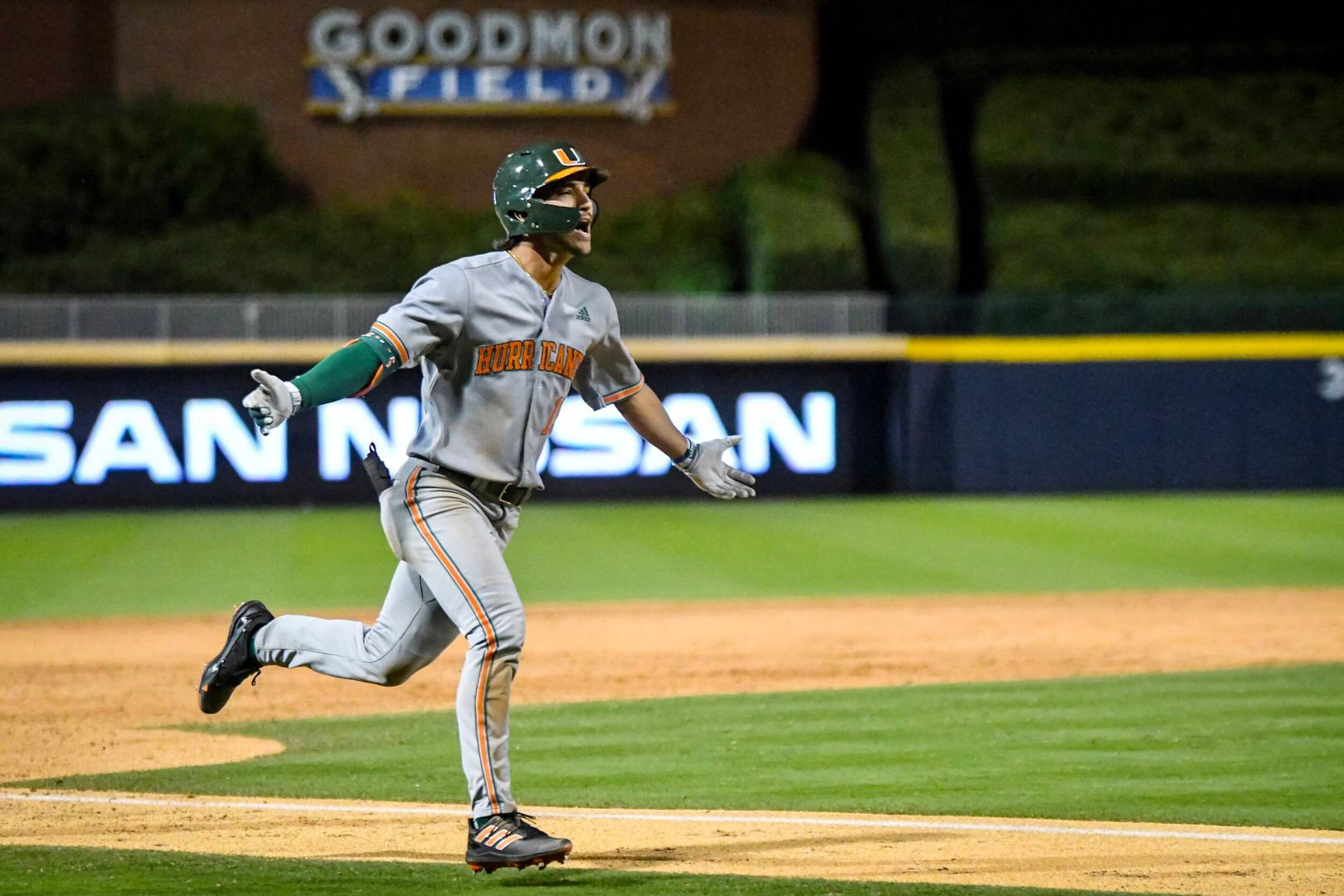 The sophomore was caught stealing and made a defensive miscue in the seventh inning.

But in the eighth, he more than made up for it.

Pitelli delivered a game-winning grand slam, propelling No. 17 Miami to a 4-1 victory over Duke at the Durham Bulls Athletic Park Friday evening.

“It might have been the most clutch hit I’ve ever had,” Pitelli said. “It’s a great moment. We weren’t having the greatest game offensively. It was a close game the whole time, I had made an error the inning before, but it felt great to come up clutch for the team.”

Pitelli’s fourth homer of the season landed in the right-field bleachers, igniting the Hurricanes. Miami (19-6, 8-2 ACC) poured out of the third base dugout in jubilation after being held quiet through the first seven innings.

“That was one of the most electric moments we’ve had this year,” third-year left-hander Carson Palmquist said. “Seeing that ball go up in the air, everybody knew it was gone. It was thrilling.”

Freshman Renzo Gonzalez loaded the bases with a pinch-hit base knock to set the stage for Pitelli.

“Late in the games, we’ve been pretty good scoring runs, getting big runs and getting big hits,” Miami head coach Gino DiMare said. “I’m happy with the guys fighting and fighting until the last out. This was a team effort.”

Before Pitelli’s heroics in the eighth, the Hurricanes’ pitching staff kept the Blue Devils in check.

Palmquist totaled a career-high 12 strikeouts across six innings, becoming the first Hurricane with a dozen punchouts since Chris McMahon on Feb. 29, 2020.

After surrendering a solo shot and a hit-by-pitch in the first, Palmquist set down the next nine Blue Devils, including five consecutive punchouts. The 6-foot-3, 185-pound hurler held Duke to just three hits and one free pass.

“I just kept fighting and battling against every hitter,” Palmquist said. “I didn’t have my best stuff early, but I know what happened last year against them and I wasn’t going to allow it to happen again. It fired me up and I wanted to go out there and help my team any way possible.”

Right-hander Alex McFarlane took over for Palmquist to start the seventh.

McFarlane issued a leadoff walk, but responded by retiring the next two Blue Devils. Duke shortstop Alex Mooney beat out an infield hit, putting two runners on with as many outs.

With Duke third baseman Graham Pauley, who hit the home run in the first, due up, DiMare made the move to the bullpen.

Schlesinger induced a groundball, but Pitelli bobbled it, extending the inning.

But Schlesinger (1-0) picked up Pitelli, striking out left fielder RJ Schreck to strand the bases loaded.

Miami right-handed pitcher Gage Ziehl tossed a 1-2-3 eighth before closer Andrew Walters earned his seventh save, setting down the Blue Devils in order in the ninth. 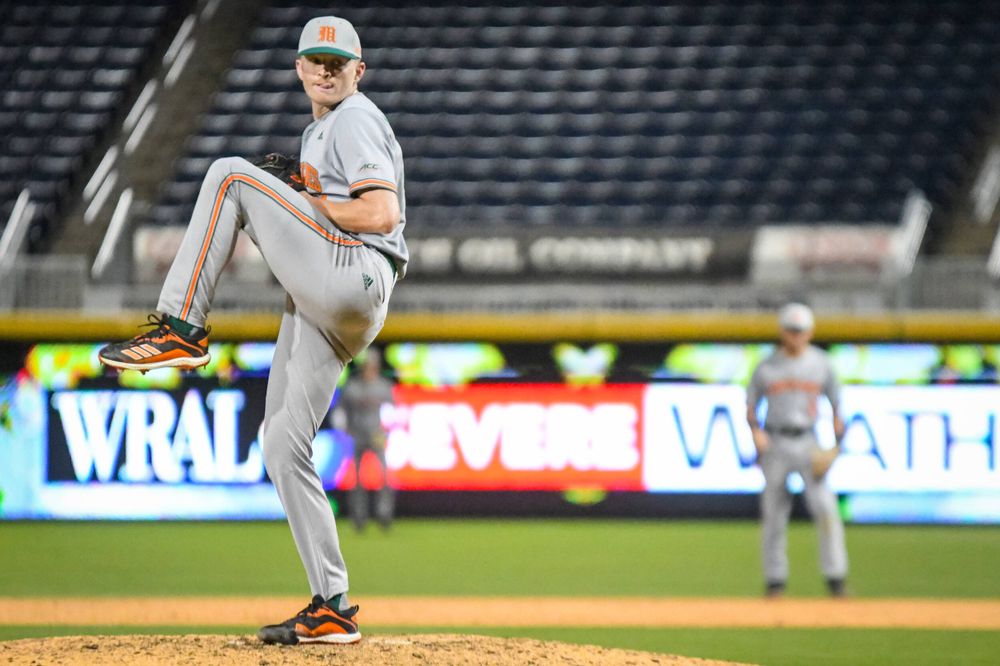 “Dom’s swing is not the game if we don’t do a good job of holding them,” DiMare said. “All of our pitchers did an excellent job. Carson didn’t have his best command early on and settled in. The guys that came in after held them.”

Duke reliever Jimmy Loper (2-1) was tagged with the loss after serving up the grand slam.

With the victory, Miami extended its winning streak to six games, which is the longest of the season. During that stretch, the Hurricanes have tallied four straight come-from-behind victories.

“It’s been the team,” DiMare said. “It hasn’t been one guy, it’s been a number of guys, different guys. We’re going to need everybody. Everybody is chipping in and doing a good job.”

The Hurricanes and Blue Devils continue their three-game set Saturday. First pitch is set for 3 p.m.