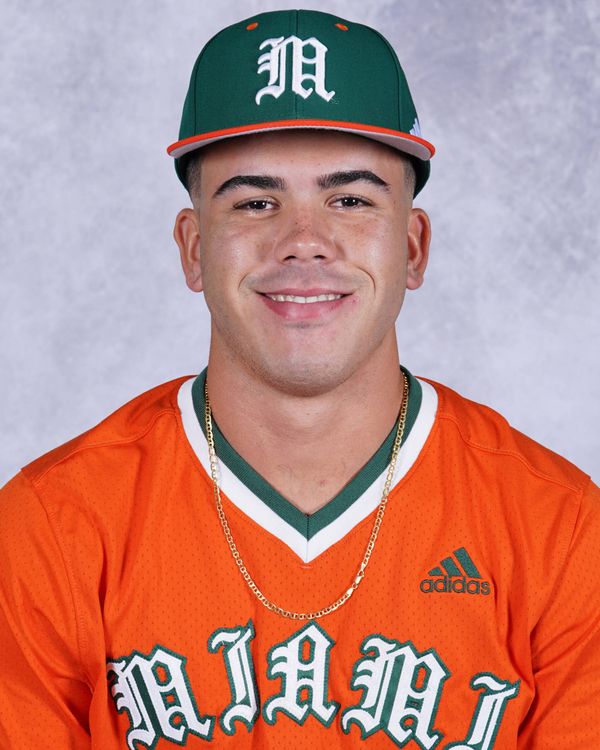 Freshman (2022): Appeared in 34 contests, making nine starts in right field, one in left field and one at designated hitter…Hit .241 (14-for-58) with 12 runs scored, two doubles, one triple, two home runs and seven RBI…Posted a .353 on-base percentage and a .414 slugging percentage…Totaled two multi-hit games and one multi-RBI effort…Batted .300 (9-for-30) in ACC play…Picked up his first career hit, a double, against Towson (Feb. 20)…Produced his first career ACC knock and scored twice in 11-4 win at No. 18 Clemson (Mar. 18)…Recorded a co-season-high three hits, including a walk-off single in the 14th inning, vs. No. 13 North Carolina (Mar. 27)…Launched his first career home run against Pitt (Apr. 23)…Finished a double shy of the cycle and notched a career-high four RBI against North Dakota State (May 7).

High School: Played at Doral Academy as a senior after three seasons at Alonso High School…Served as a captain in his final three years…Earned 2021 Miami-Dade 5A-7A Player of the Year honors after hitting .425 with nine home runs and 25 RBI in his lone campaign with the Firebirds…Helped lead Doral Academy to the district championship.