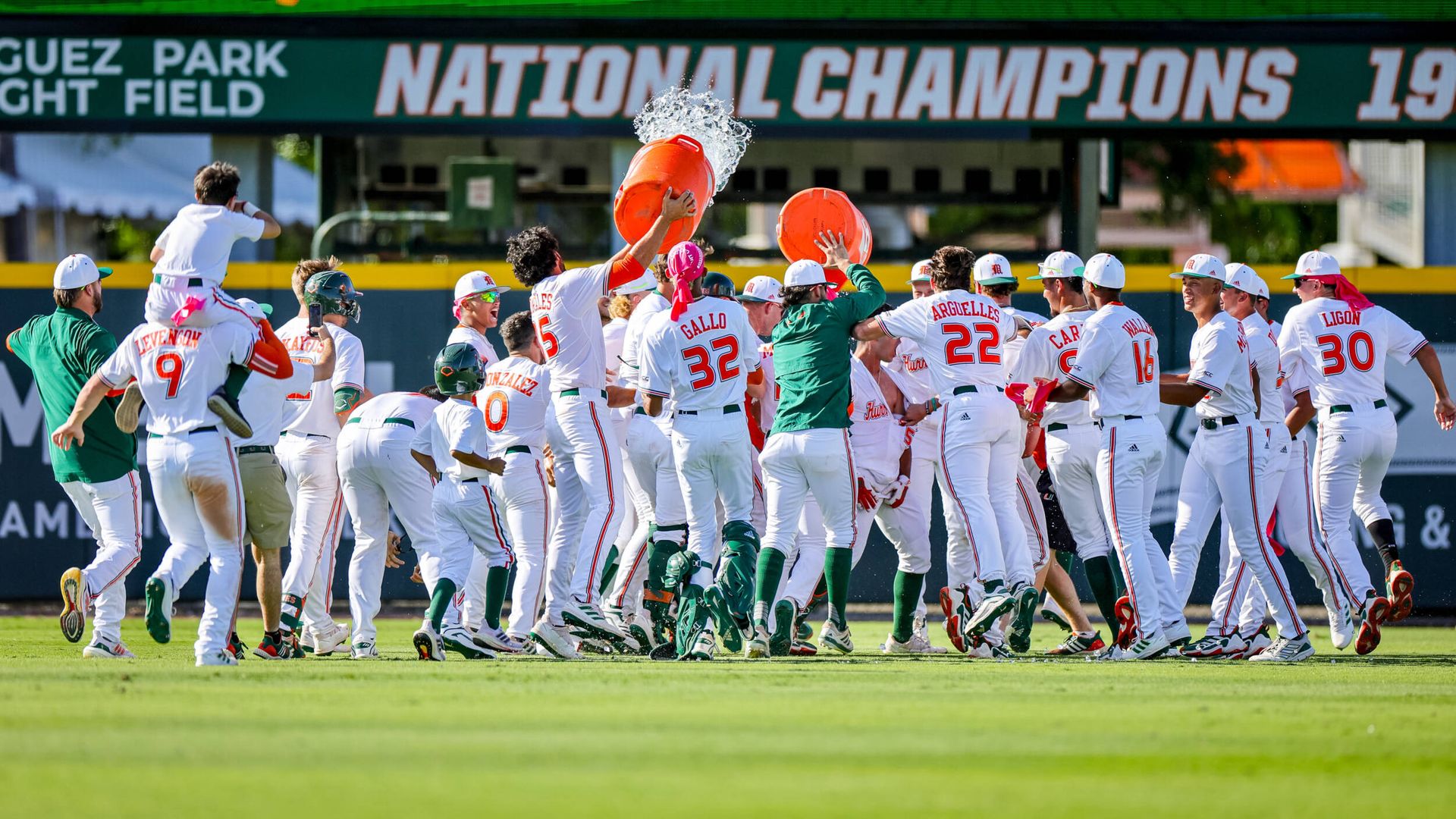 Miami Walks Off to Sweep No. 13 North Carolina

In the bottom of the 14th inning, right fielder Renzo Gonzalez delivered the game-winning RBI, punctuating the Hurricanes’ series sweep and 3-2 victory over No. 13 North Carolina at Alex Rodriguez Park at Mark Light Field.

“I hit the ball, I saw the shortstop dive and knew there was no way he was going to stop it, Gonzalez said, following Miami’s first sweep over North Carolina since 2016. “The guys were going crazy. This is why you come to Miami.”

Miami poured out of the first base dugout, chasing the freshman into the outfield.

After racing him down, Gonzalez’s teammates ripped off his jersey and doused him with water and Gatorade before embracing to celebrate their first walk-off victory.

The Miami native entered Sunday’s series finale with only two hits in 21 at-bats but came through with the biggest swing of the Hurricanes’ young season.

“Renzo’s spot in the lineup has been platooned a lot,” Miami head coach Gino DiMare said. “We want to give him a chance and an opportunity with the starting pitcher they were throwing today. We went with him and man, I’m glad we did. He had three hits, but the big one was the last one.”

While Gonzalez secured the sweep for Miami in the 14th frame, freshman outfielder Gaby Gutierrez forced extra innings against the Tar Heels (18-6, 5-4 ACC).

With the Hurricanes down to their final out, trailing, 2-1, DiMare called on Gutierrez to pinch-hit.

Gutierrez singled up the middle, scoring center fielder Jacob Burke from second to tie the game in the ninth.

“I was waiting for my opportunity,” said Gutierrez, who played alongside Gonzalez at Doral Academy. “The coaches trusted me and I did my job. I’ve been waiting for this moment for a long time. I don’t even know what to say. To do this in front of my family and in front of Miami, I’m speechless. This was a perfect moment.”

Not only did Gonzalez and Gutierrez come through in the clutch, but so did Miami’s pitching staff.

Not only did Gonzalez and Gutierrez come through in the clutch, but so did Miami’s pitching staff.

Meanwhile, Rosario tossed five strong innings, striking out a season-best eight. The right-hander held the Tar Heels to a pair of runs on five hits.

“We stayed it in with our pitchers,” DiMare said. “Alejandro threw great and our bullpen did outstanding. We threw a lot of guys and they all did their job. They kept the game intact. We kept getting a chance.”

With the win, Miami is off to its best 23-game start since 2016, when the Hurricanes finished the season reaching the College World Series for the 25th time in program history.

Up next, Miami opens a four-game road trip, beginning with FGCU Wednesday evening. First pitch is slated for 6:30 p.m. at Swanson Stadium.

“This team fights for each other and that’s very important in this sport,” DiMare said. “We’re still finding ourselves, but game told me a lot about our bullpen. We need more guys to step up and a lot of them did today.” 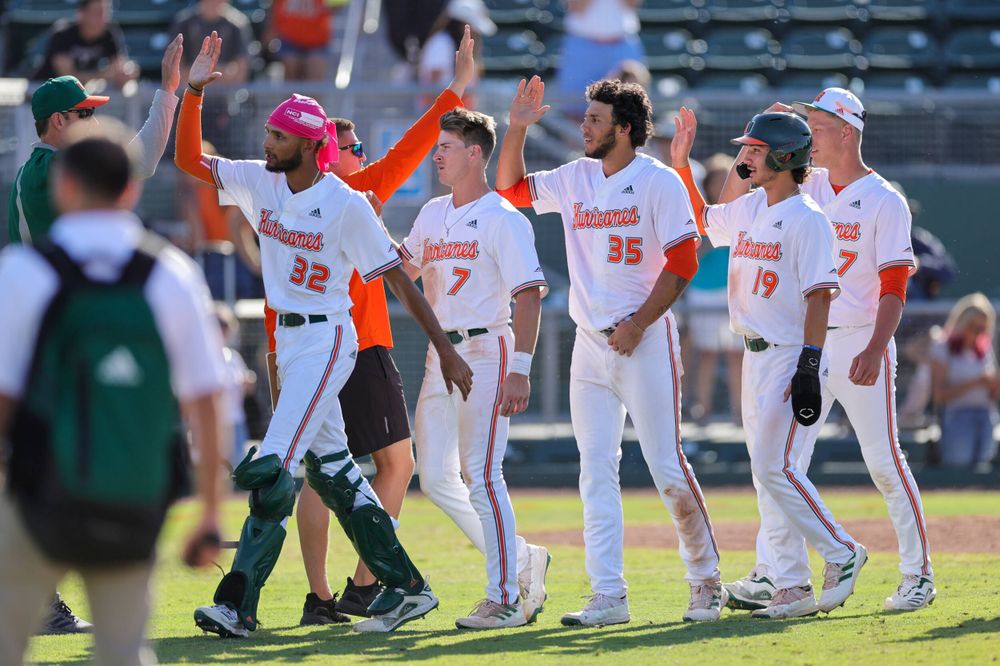