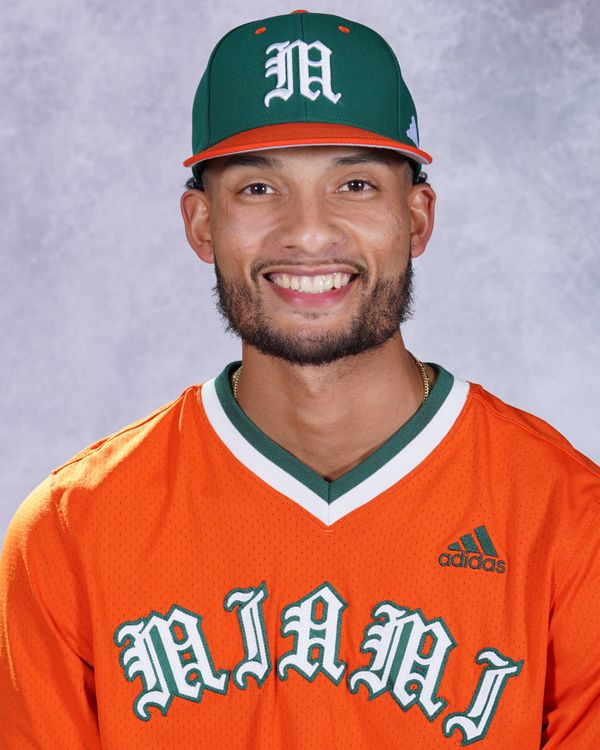 Sophomore (2022): Pitched in 26 games in his debut season at Miami…Posted a 3-0 record with a 3.47 ERA…Recorded 42 strikeouts over 36.1 innings pitched…Registered a 2.79 ERA and held opposing hitters to a .197 batting average in ACC play…Finished the regular season with 10 straight scoreless outings…Pitched a shutdown frame in an 11-1 win vs. Towson (Feb. 20)…Struck out a co-season-high four in 1.1 innings against Harvard (Feb. 25)…Fanned two batters in the ACC opener vs. Boston College (Mar. 11)…Matched his season-best four strikeouts across a season-long three hitless frames against Pitt (Apr. 24)…Retired all six batters he faced, while punching out four vs. North Dakota State (May 7)…Pitched 1.2 scoreless innings in the Coral Gables Regional against Canisius (June 4).

*True Freshman (2020 – FGCU): Appeared in five games, including three starts on the mound for the Eagles in shortened 2020 college baseball season…Went 1-1 with a 4.15 ERA and 16 strikeouts over 17.1 innings…Struck out five and allowed just two hits in 3.1 innings in collegiate debut at Tulane (Feb. 16)…Allowed just one run on two hits in first career start against Eastern Michigan (Feb. 25)…Earned the first win of his career when he threw the final 5.2 hitless frames of the 16-inning contest against Bethune-Cookman (Feb. 29).

High School: Three-year varsity letterman at Miami Southridge High School…Earned 9A-16 all-district recognition each season…Totaled a sub-2.50 ERA in all three years, including a career-best 2.05 ERA as a senior…Also played basketball at Southridge.

Personal: Son of Ronaldo Gallo and Angela de Leon…Has one older sister, Nathalia, and one younger brother, Javi…Intends to major in criminology.