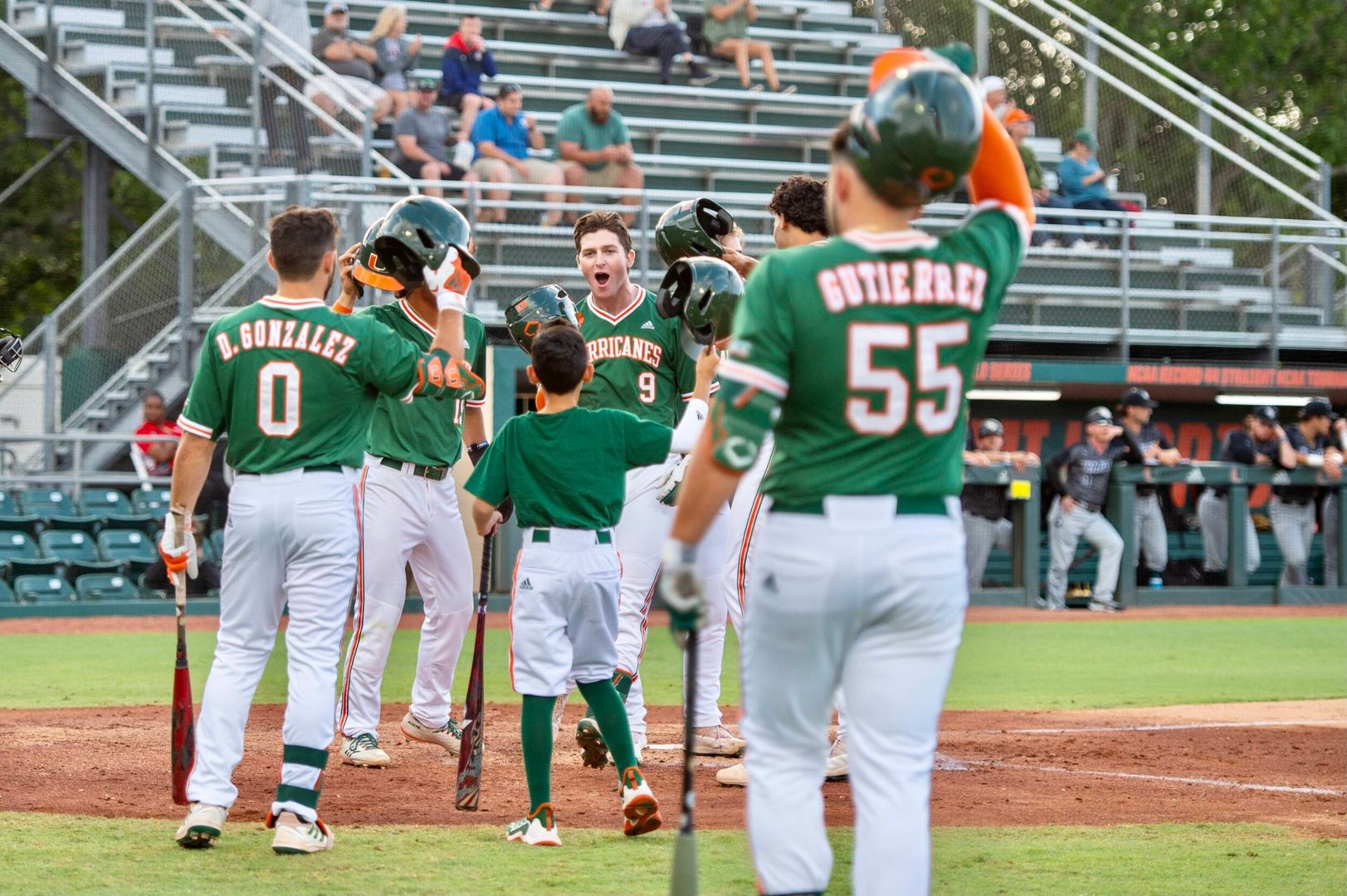 After a mid-March loss to UCF, Miami couldn’t wait to play the Knights again.

“I’m certainly happy that we won,” Miami head coach Gino DiMare said. “We swung the bat well throughout the lineup, hit a lot of balls hard and hit a lot of balls all over the field. We answered back after they scored early. We did a good job from that standpoint.” 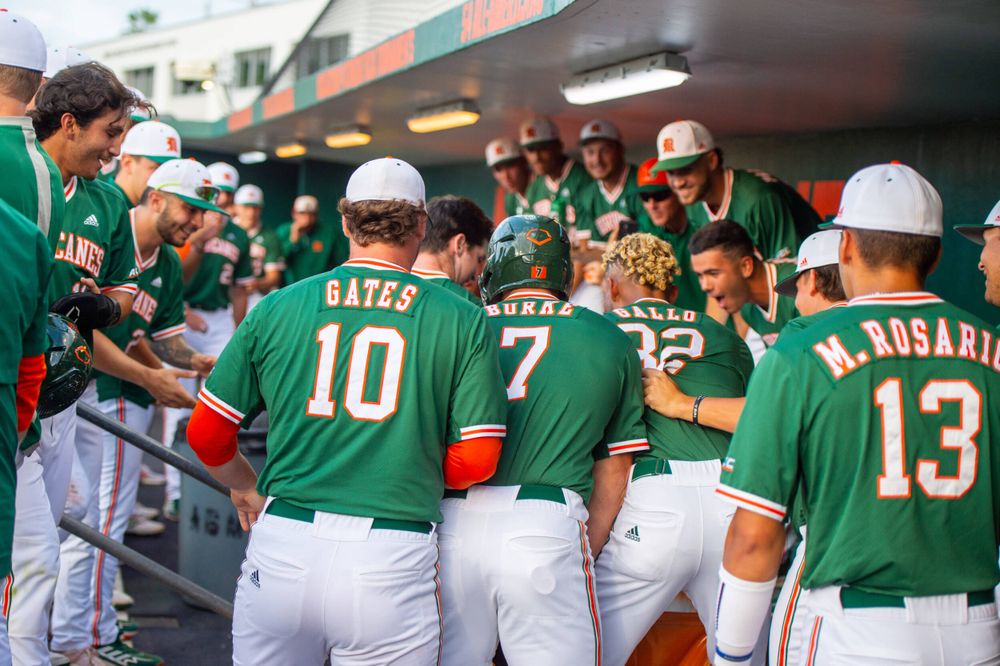 “I was just trying to put together a good at-bat with the bases loaded,” said Levenson, whose sixth homer as a Cane traveled an estimated 400 feet. “I was looking for a mistake and I got one. I was able to put my barrel on it and put it over the fence and help the team get going.”

The next inning, Miami padded its lead.

After Kayfus scampered home on a wild pitch, catcher Maxwell Romero Jr. ripped a two-run single up the middle, extending the Hurricanes’ advantage to 8-3.

UCF countered with a run in the third, but the Hurricanes’ bats stayed hot. 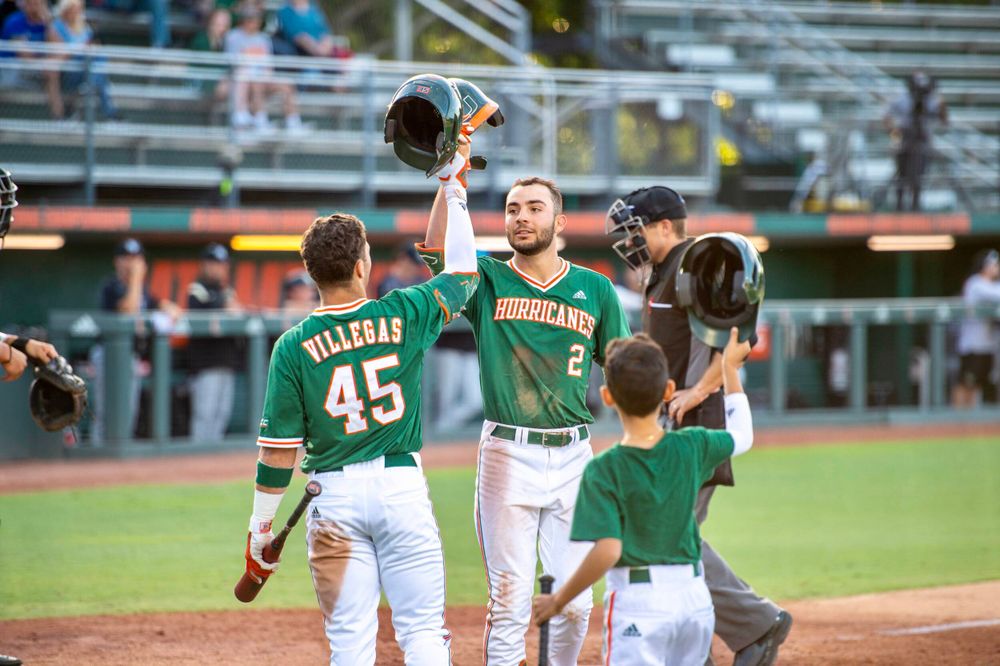 In the bottom half, Kayfus laced a 112-mph solo shot over the right-field fence, immediately, responding to the Knights’ tally.

“They were scoring and we’d come right back, match them or even score more,” Kayfus said. “It’s just really contagious when everyone is hitting. It just makes it that much easier.”

Three batters later, Romero Jr. punctuated the early outburst with his second RBI knock in as many trips to the dish

But the junior wasn’t finished.

Romero Jr. drove in his career-high fourth run of the game, recording his third hit of the night in the fifth. 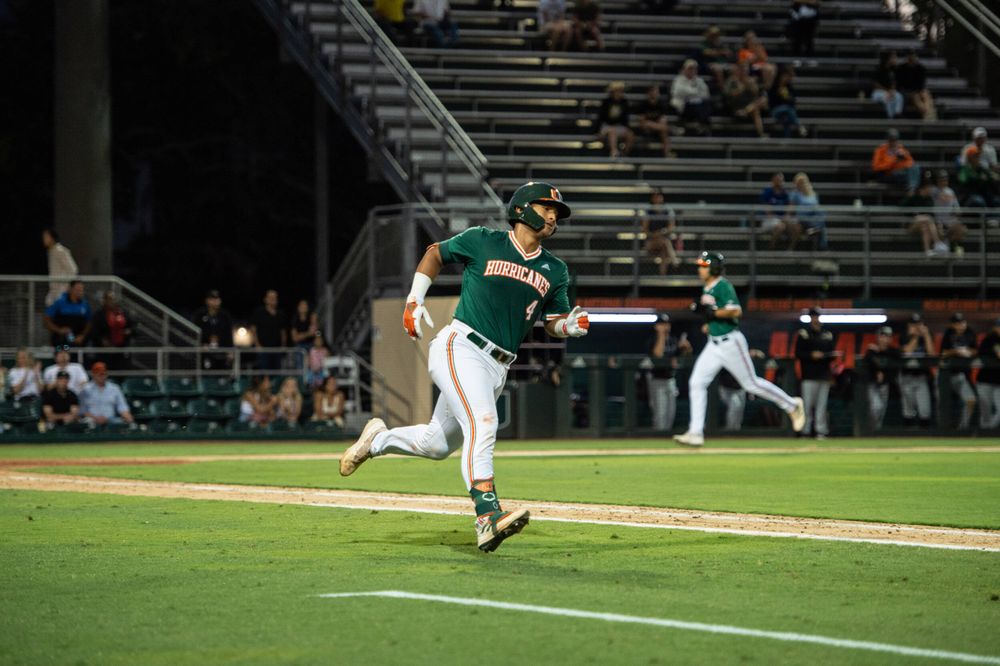 Not to be outdone, Levenson plated his fifth tally of the evening, setting a new personal best in the same inning.

“We need everybody,” Romero Jr. said. “Zach doing what he did that first inning sparked everything. Zach hitting that grand slam was huge. We stayed the course and made the most of the opportunity.”

Gallo tossed two scoreless and struck out three, earning his second win of the season. 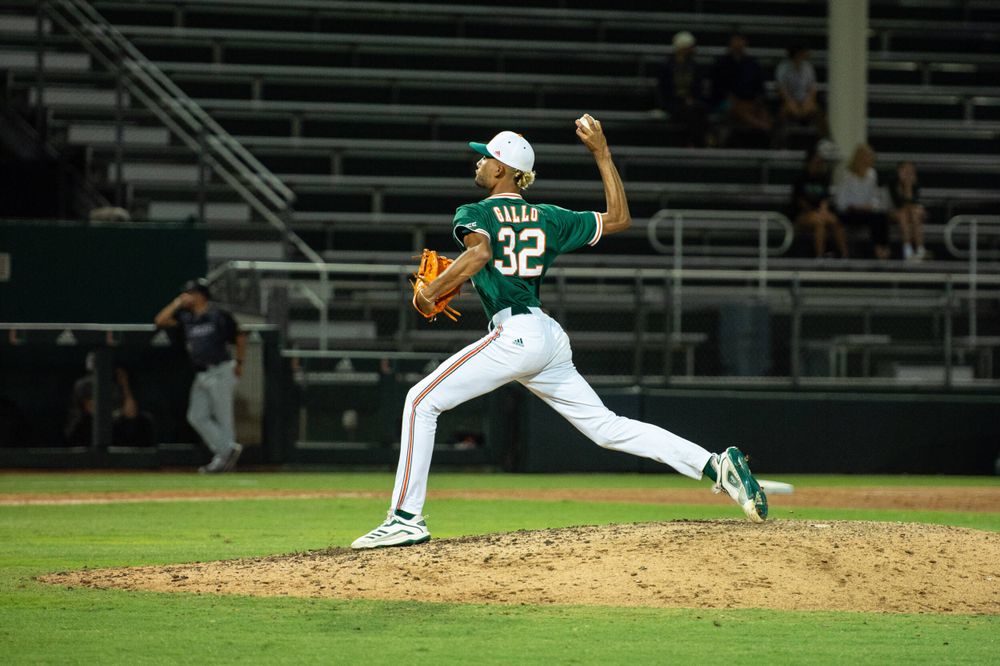 “Ronnie has been the key guy and he’s effective with commanding his fastball,” DiMare said. “His delivery throws the hitters off a little bit. At the end of the day, he goes after hitters. He doesn’t walk guys and he pitches to contact.”

With the victory, the Hurricanes are now 18-1 when registering double-digit runs, notching 10 or more tallies in four of the last five contests.

After picking up their fifth straight win, the Hurricanes head to Tallahassee to face No. 21 Florida State. The annual rivalry series begins at 7 p.m. Friday at Dick Howser Stadium.

“This is a team we’ve played more than any other team in our history,” DiMare said. “We need to make sure we’re ready to play. I have a feeling our guys will be very excited and pumped to go up there and play.”