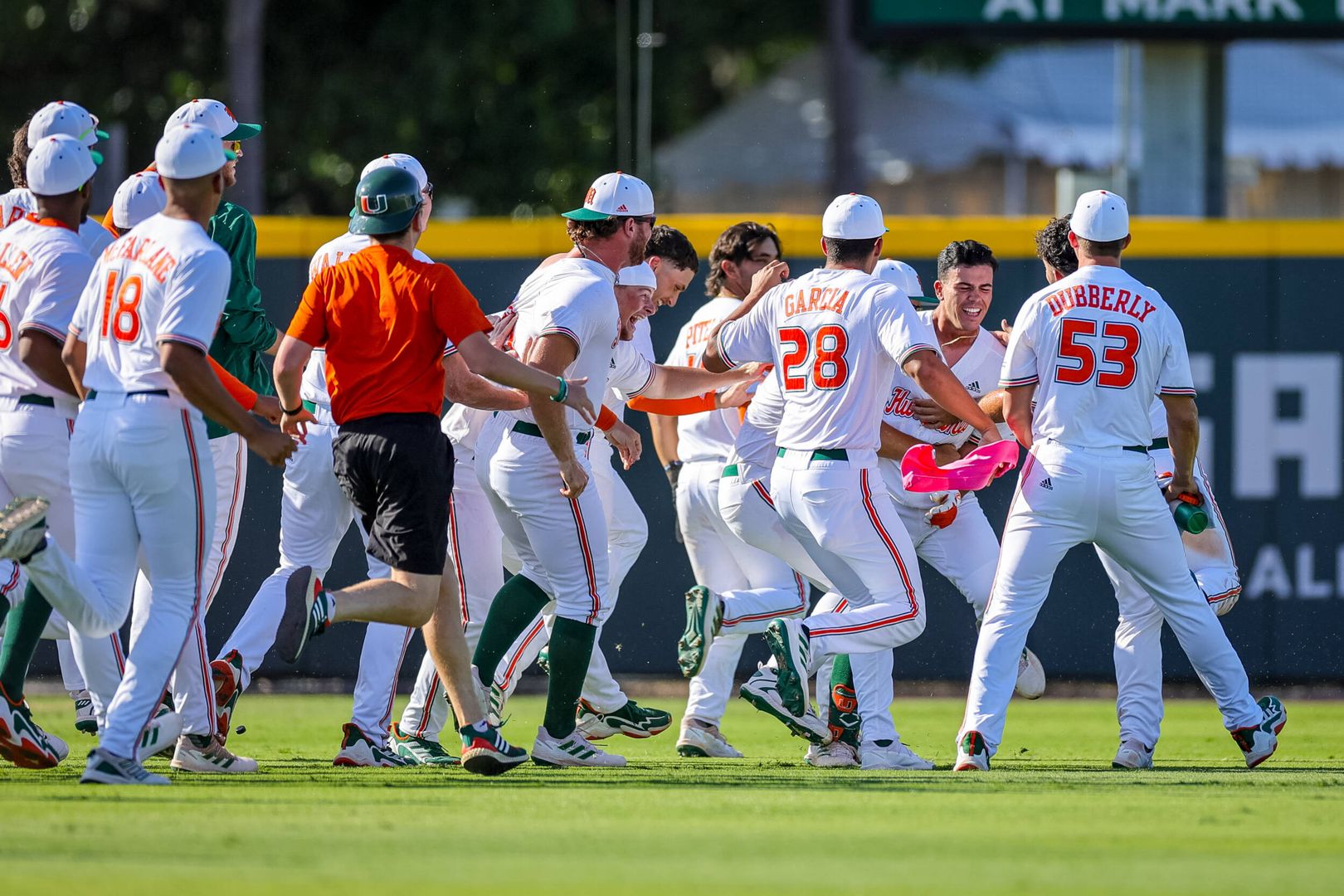 Making the Most of the Opportunity

For the Miami Hurricanes freshman, it never gets old.

“I have it on repeat,” Gonzalez said. “All the guys are fired up. Looking at all the guys running around, having fun and doing backflips is special. This is why you come to Miami.”

Gonzalez delivered a walk-off single in the 14th inning Sunday, capping off the Hurricanes’ sweep of No. 13 North Carolina.

The 5-foot-11, 198-pound outfielder helped No. 17 Miami jump back into the rankings ahead of a midweek matchup at FGCU Wednesday evening.

And while the game-winning hit is one of the pinnacle moments of his baseball career, it’s what followed that meant everything to Gonzalez.

“The first text I got was from my mom,” said Gonzalez, whose mother, Alexandra Vallejo, is back home in Puerto Rico. “She always watches the games. She told me how proud she was of me and happy how she was.”

Gonzalez received messages from all of his teammates and friends and saw the video explode on social media.

But it was that singular text message that meant everything.

“Looking back on all the things my parents did for me is special,” Gonzalez said. “It’s great to look back at all the things that my family has done for me and I’ve done to get to this point. It’s paying off now.”

Gonzalez was born and raised in Puerto Rico. As the only child of Vallejo and Javier Gonzalez, he fell in love with baseball.

“In Puerto Rico, baseball is 24/7,” he said. “You eat, sleep and breath baseball. You’re always working out, always practicing. The competition is great.”

While the baseball scene is tremendously competitive in Puerto Rico, Gonzalez’s dad felt that in order for his son to be seen, they had to come to the United States.

The family left everything they knew and moved to Tampa.

“I had to adapt to a new life,” Gonzalez said. “We didn’t have any family here. The first two weeks of school were awful. I didn’t know anybody. We started practicing and I started making new friends.”

He started garnering attention from schools all across the Sunshine State, including Florida, UCF and USF, among others.

“My mom didn’t want me to go to Miami at first because she thought it was like Miami Beach,” he said. “And then we came to the camp and she saw the facilities. She told me I had to come here.”

As his recruitment heated up, Gonzalez fell more in love with The U.

Following three standout seasons at Alonso, once again, Gonzalez felt that it was best for his development to move elsewhere.

To help with his transition to the Magic City, Gonzalez relocated and enrolled at Doral Academy.

In his lone year with the Firebirds, he hit .425 with nine home runs and 25 RBI, earning Miami-Dade 5A-7A Player of the Year recognition. Gonzalez helped lead Doral to the district championship, punctuating his high school career.

“I loved both Alonso and Doral,” Gonzalez said. “Those are memories that you keep building on. The coaches text me every day.”

Now, in his home away from home, Gonzalez has expanded his family.

Like many of his new brothers, he’s had to adjust to the everyday grind of college baseball.

But just as he did in the series finale against No. 13 North Carolina, he’s prepared to take make the most of his chances.

“It’s a big transition going from high school to college,” Gonzalez said. “Everybody wants to play on this team, but you have to wait for your opportunity. Coming into a team and starting as a freshman is extremely hard. My opportunity came and I took advantage of it.”

And when the next moment presents itself against FGCU Wednesday, Gonzalez will be prepared.

“I’m working hard every day to get better and better,” Gonzalez said. “I’ll keep fighting and getting better for my next opportunity.” 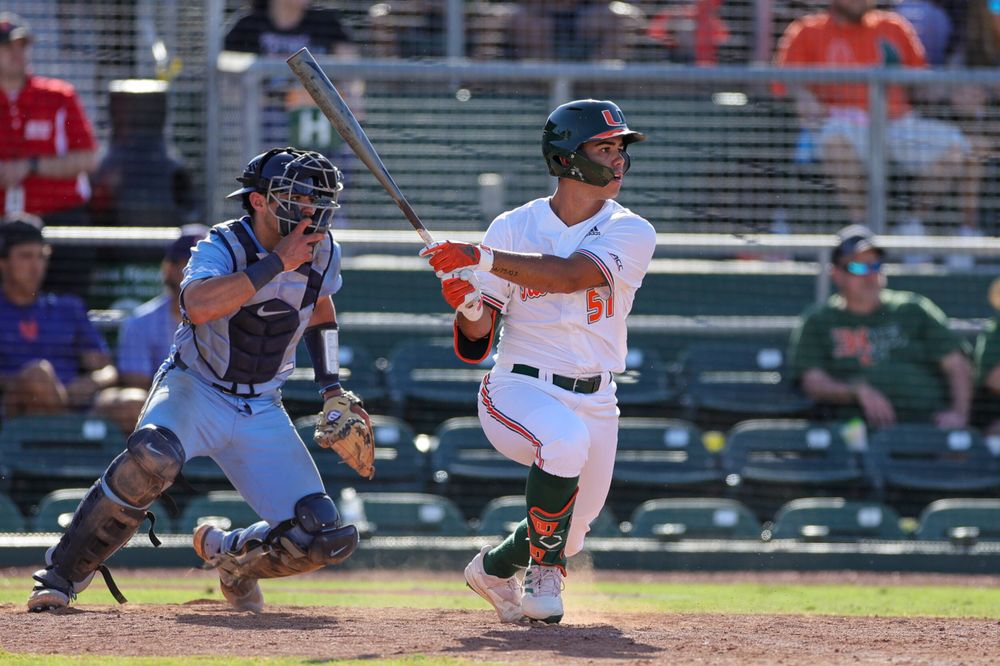