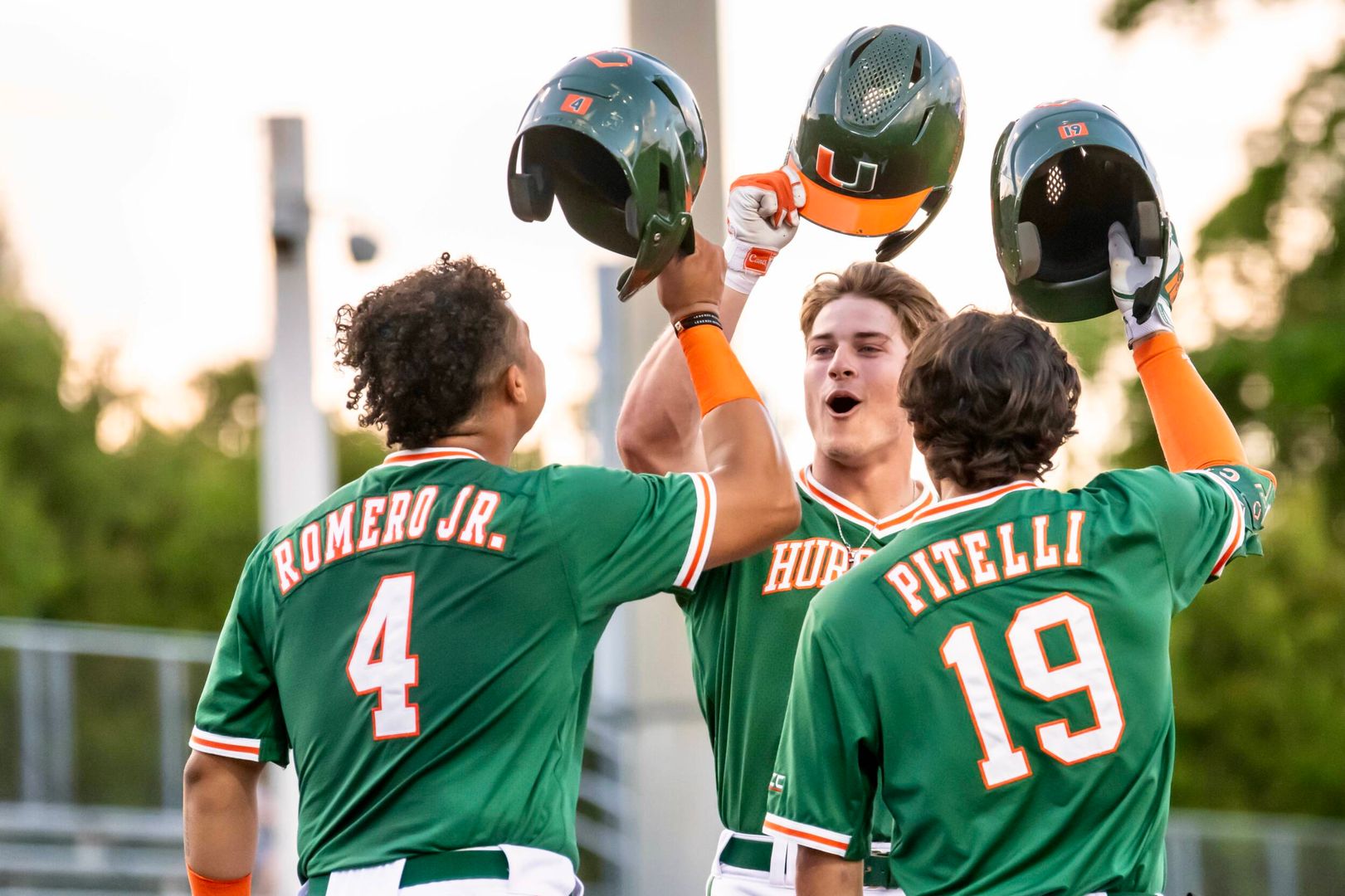 No. 5 Miami scored in seven of the eight innings it came to the plate, pummeling the Pitt Panthers, 17-2, to secure the series Saturday night at Alex Rodriguez Park at Mark Light Field.

“It was a great overall performance,” Miami head coach Gino DiMare said. “We cranked out a lot of hits. We got a crooked number there, scoring 13 runs across three innings, and we got a great start from Karson Ligon.”

“We came back in today and reset our minds,” said second-year freshman outfielder Zach Levenson, who finished with a career-high three RBI. “We really got back to our approach, sticking back up the middle.” 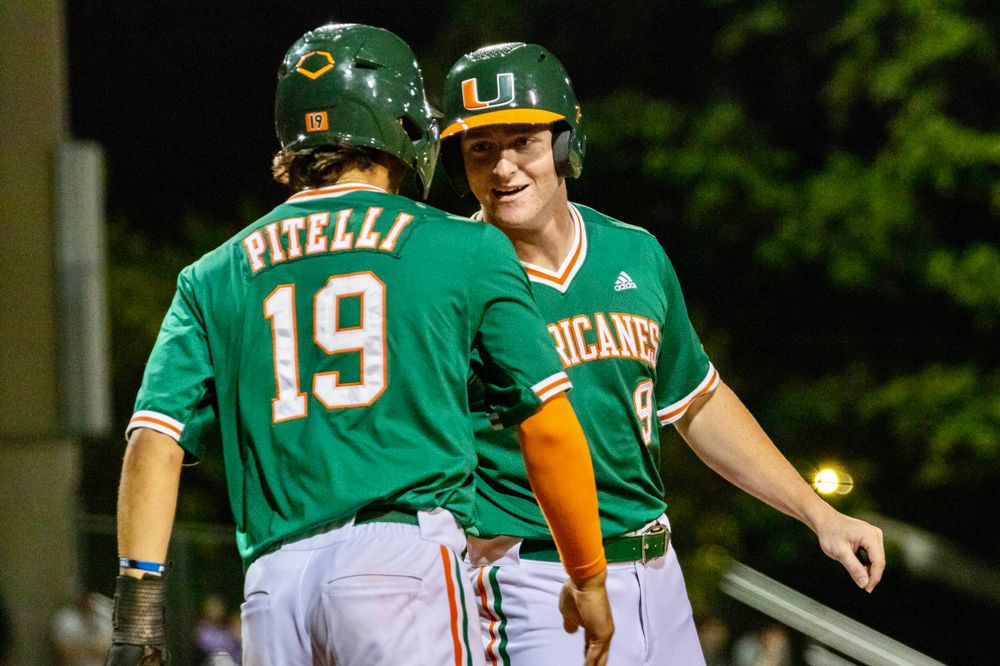 After the Panthers struck first with a solo blast in the opening inning, the Hurricanes responded with four of their own.

Sophomore outfielder Jacob Burke highlighted the quartet of runs in the first with a 415-foot two-run missile over the left-center field wall.

In the third, Levenson pushed the Hurricanes’ advantage to 5-1 with an RBI knock.

The Hurricanes struck for six runs in the fourth, highlighted by Levenson’s two-run single.

“For me, I was seeing the ball really well, staying balanced in my swing,” Levenson said. “I’ve been working on my hands and it all came together today.”

Miami tacked on a run in both the fifth and sixth before plating three more in the seventh.

Freshman Renzo Gonzalez capped off the offensive onslaught with his first career home run, launching a solo shot the other way.

On the mound, starter Karson Ligon (5-2) pitched a gem, tossing a career-high eight innings. The freshman surrendered only one run, tying a career-best eight strikeouts.

“It’s very special,” DiMare said. “It’s a team I grew up watching in the stands. They inspired me to play at UM. If I never got the opportunity to play at UM, I’m not the head coach here at UM. They played with a lot of energy and a lot of passion, which is exactly what I want our guys to be. I told our players they need to thank those guys because they set the foundation. We owe a lot of thanks to those guys.”

Miami will look to complete the sweep Sunday when the Hurricanes and Panthers meet in the series finale. First pitch is scheduled for 1 p.m. at Mark Light Field. 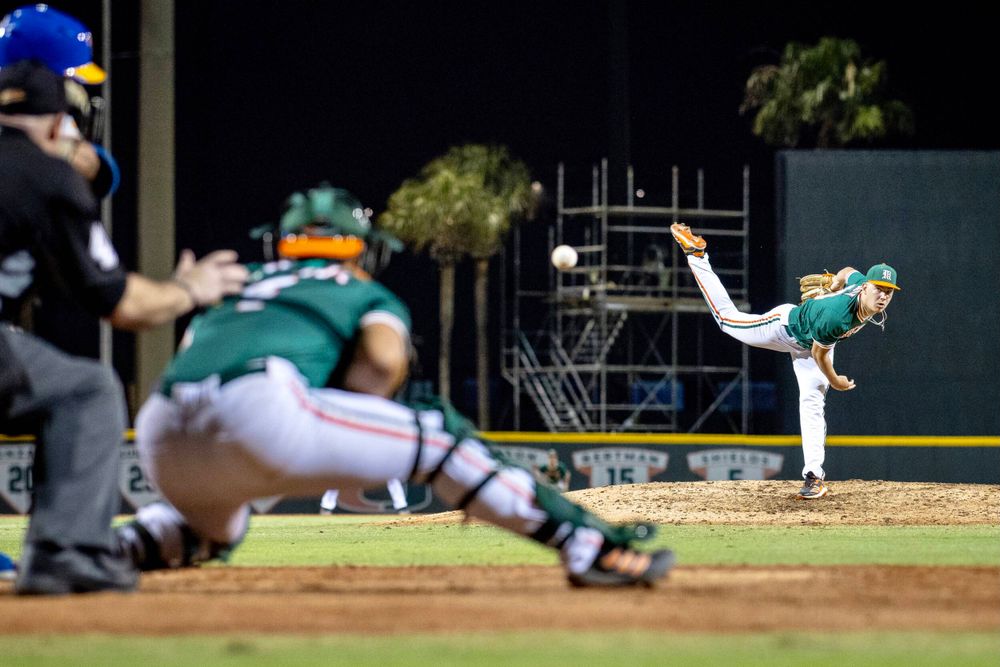