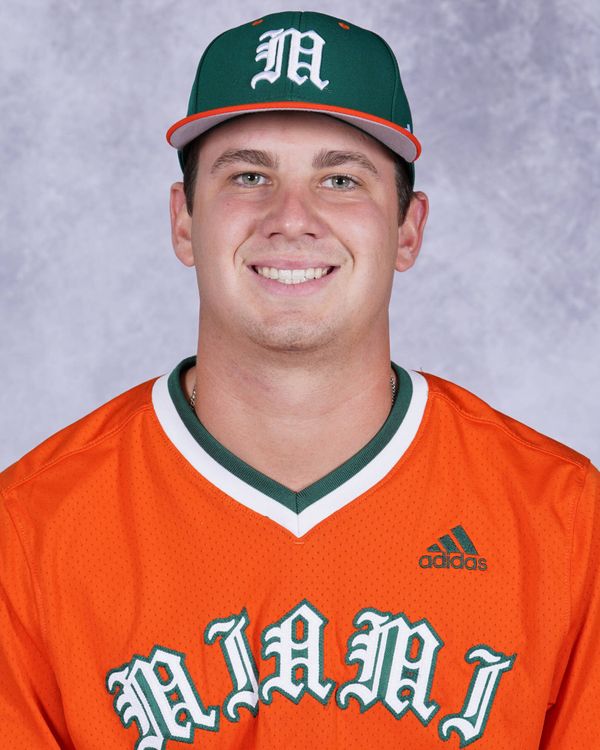 Freshman (2022): Pitched in 16 games, making 15 starts in his rookie campaign…Finished the season with a 6-6 record, a 4.90 ERA and 67 strikeouts over 75.1 innings pitched….Posted a 4-1 mark and a 1.45 ERA, while holding opponents to a .197 batting average across his first seven appearances…Made his collegiate debut with three innings of one-run baseball against Towson (Feb. 19)…Earned his first career start, allowing one run on two hits and striking out a co-season-high eight over five frames vs. FAU (Feb. 23)…Punched out eight batters in seven innings, while limiting No. 14 Florida to one run and three hits in his first weekend start (Mar. 5)…Struck out seven over six innings, surrendering one run in his ACC debut vs. Boston College (Mar. 12)…Scattered one unearned run and three hits across 5.1 innings at Clemson (Mar. 19)…Pitched five frames, yielding two tallies in a no-decision against No. 13 North Carolina (Mar. 26)…Twirled six scoreless innings in the 4-3 win at Duke (Apr. 2)…Tossed a season-long eight innings and allowed one run, while matching a season-best eight strikeouts, vs. Pitt (Apr. 23)…Surrendered one unearned run in five frames against North Dakota State (May 5).

High School: Three-year letterman at Riverview High School, serving as captain in 2020-21…Went 6-2 with a 1.93 ERA and 61 strikeouts over 57.2 innings pitched as a senior…Tossed a 98-pitch no-hitter with 12 strikeouts in his final year with Rams.

Personal: Son of Jeff and Page Ligon…Has one older brother, Kendall…Intends to major in accounting.