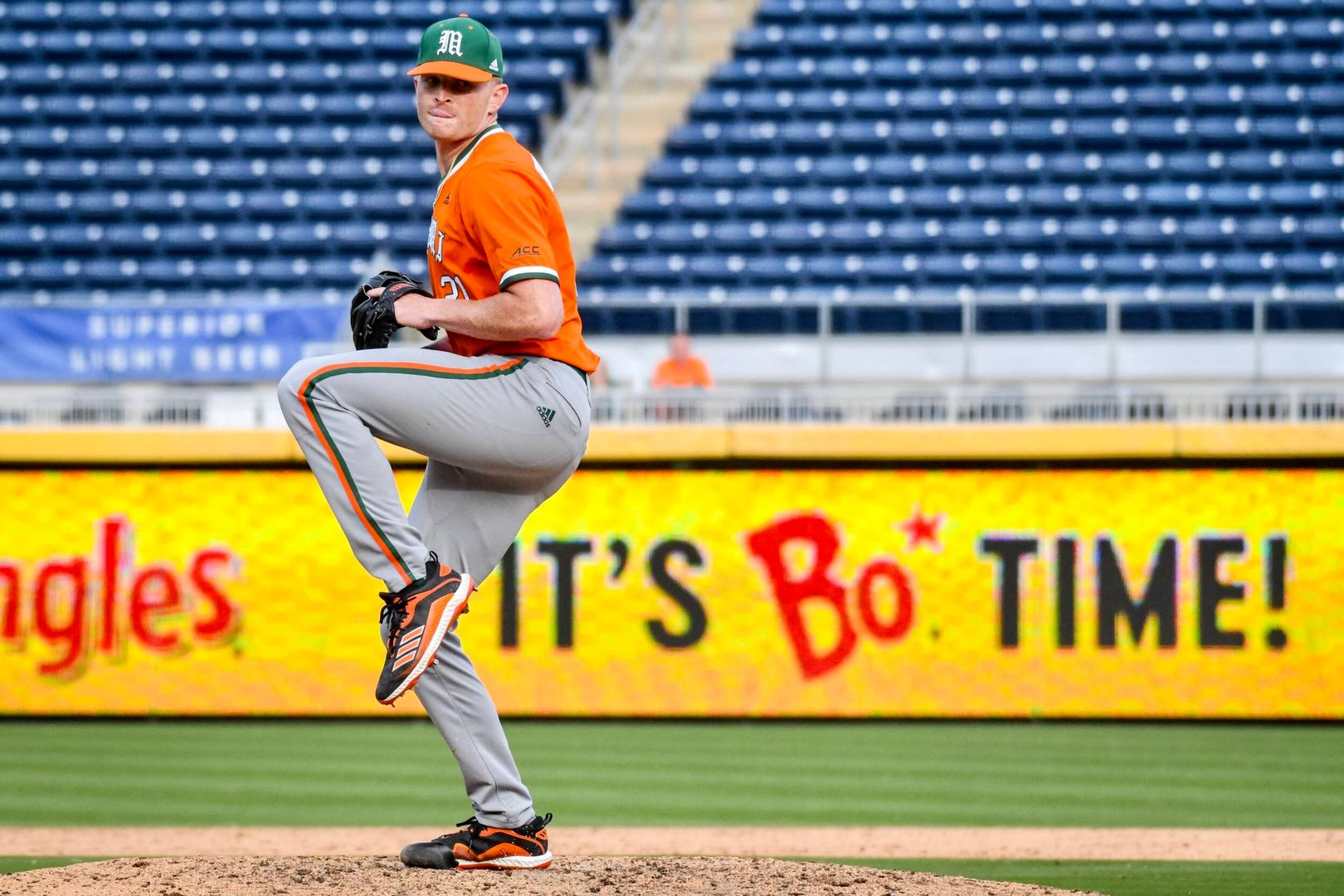 No. 17 Miami Secures Series Against Duke

DURHAM, N.C. — The Miami Hurricanes quickly saw their four-run lead reduced to one.

“When you have a chance to win the series, you have to do whatever you can to do that,” said DiMare, following Miami’s seventh straight victory. “It makes a coach look very good, let’s be honest. When you can go to a guy as good as he is and as dominant as he is, it’s not a tough decision.”

Duke designated hitter Chad Knight broke up the shutout with an RBI groundout before heralded freshman shortstop Alex Mooney launched a two-run homer in the eighth.

With the Canes’ comfortable cushion erased, DiMare called on Walters.

“The coaches and the team trust me,” Walters said. “Every time I go out there, I plan on doing my job, getting outs and putting up zeros.”

The 6-foot-4, 215-pound flame-throwing righty struck out third baseman Graham Pauley, who leads the Blue Devils in home runs after rounding the bases in the series opener Friday.

With two away in the eighth, Duke left fielder RJ Schreck caromed a double off the 32-foot Blue Monster in left, placing the tying run in scoring position.

The third-year sophomore got Knight to roll over to shortstop Dominic Pitelli, eliminating the threat.

“You have to keep the nerves down and do your job,” Walters said. “Nothing really changes in that spot. You still have to find a way to put a zero on the board.”

In the ninth, Walters promptly set down the side in order, punching out the final two Blue Devils to lock down his ACC-leading eighth save.

“It’s amazing,” Miami third baseman Yohandy Morales said. “Everybody is doing their job at the end, especially Walt. Those guys throw strikes and get the job done.”

Miami starter Karson Ligon (4-1) went the first six frames, allowing no runs on four hits and five walks. The freshman lowered his league-best ERA to 1.45, striking out five in the process. 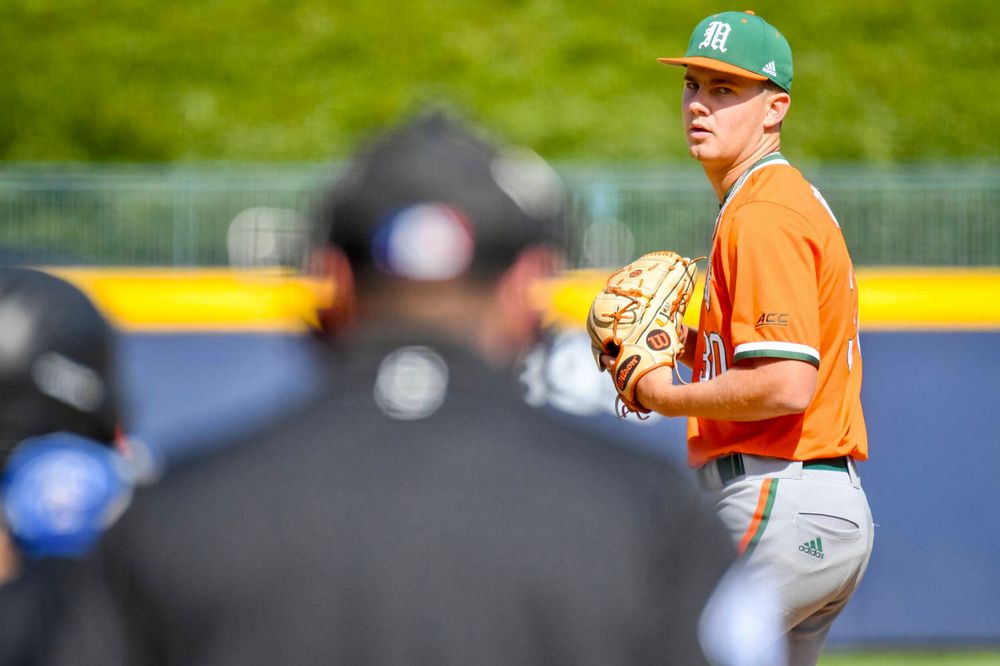 “He battled,” DiMare said. “He had four innings where he got the first two hitters out, but struggled to get the last guy out. He was able to get out of it without any damage. Behind him, I thought we played maybe one of our better defensive games. We made some excellent plays, highlights plays.”

The Hurricanes’ impressive defensive performance began in the first when outfielder Jacob Burke raced down a deep fly ball, running into the centerfield fence.

In the seventh, Morales flashed the leather, shuffling to his left and firing a spinning throw to prevent the Blue Devils from putting the tying man aboard.

Pitelli joined the party in the eighth, charging Knight’s slowly-hit chopper and delivering a dart to first to end the inning.

“We found a way to win because we pitched and defended,” DiMare said. “And then we had a couple big hits, couple home runs.”

Pitelli started the scoring with a two-out opposite-field double off the wall, tallying his fifth RBI of the weekend.

Morales and Burke padded Miami’s advantage in the sixth, smacking their fifth and fourth dingers, respectively.

One inning later, first baseman CJ Kayfus notched an RBI base knock, which proved to be the difference.

“We fight from the first to the ninth inning,” Morales said. “We never give up. We battle until the very end.”

The Hurricanes and Blue Devils conclude the three-game set Sunday. First pitch is set for 12 p.m.