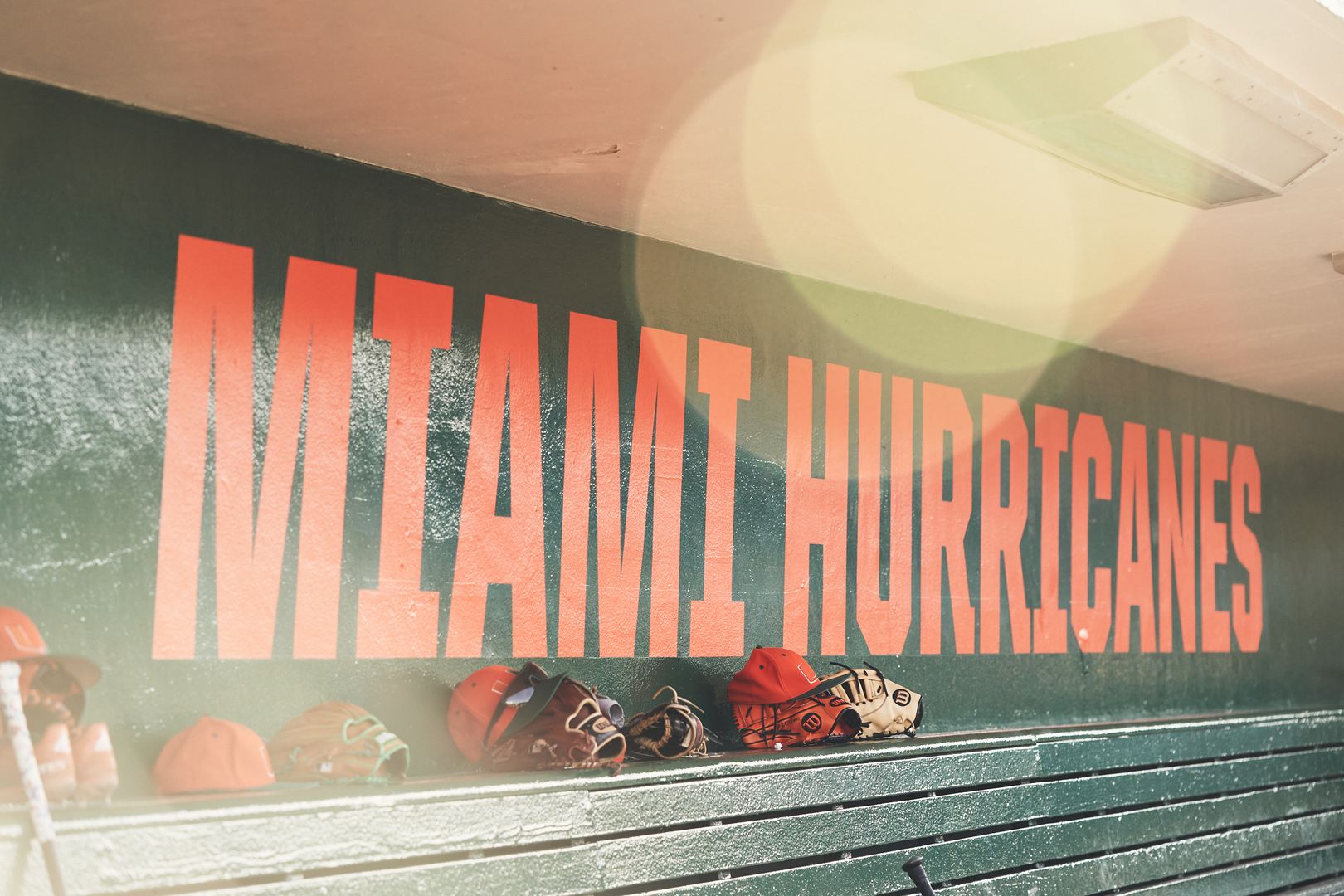 The Miami Hurricanes were listed at No. 25 in Baseball America’s preseason poll, the publication announced Monday morning.

Earlier this offseason, the Hurricanes were tabbed 18th by Perfect Game, 23rd by Collegiate Baseball and 25th by D1Baseball.

Miami will begin its season ranked for the eighth time in the last nine years.

The Hurricanes are one of six programs from the ACC in Baseball America’s initial top-25, joining No. 4 Notre Dame, No. 5 Virginia, No. 12 Florida State, No. 16 NC State and No. 21 Georgia Tech 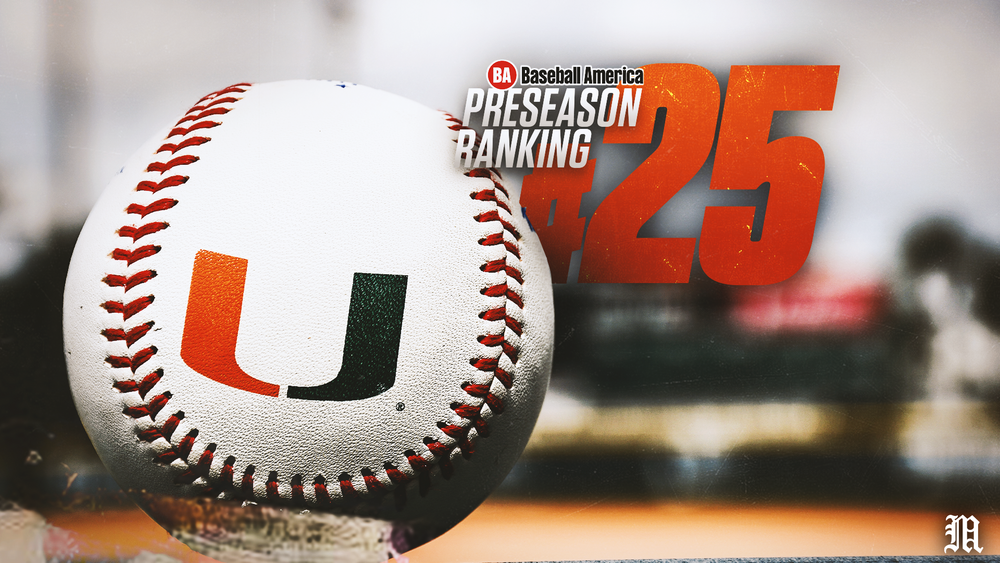 Miami is set to begin its fourth campaign under head coach Gino DiMare on Feb. 18 against Towson, following a 2021 season that saw the Hurricanes finish 33-21, including a 20-15 mark in conference play.

DiMare guided Miami to its most ACC wins in five years and 47th postseason appearance in program history, earning the No. 2 seed in the Gainesville Regional.

The Hurricanes return sophomore standouts Carson Palmquist and Yohandy Morales, who were both named preseason All-Americans. Palmquist garnered first-team honors from Perfect Game and second-team recognition from Collegiate Baseball, while Morales was tabbed a third-team selection by Collegiate Baseball.

Palmquist collected first-team All-America distinction from NCBWA and Perfect Game, and second-team status from Baseball America and D1Baseball a year ago. The 6-foot-3, 185-pound left-handed pitcher paced the ACC with 14 saves, the third-most in the country. He posted a 2.22 ERA with 75 strikeouts over 44 2/3 innings pitched.

Morales, who joined Palmquist on Collegiate Baseball’s Freshman All-American Team as well as the All-ACC Freshman Team, totaled a team-high 13 doubles, 11 home runs, 45 RBI and 13 multi-RBI games. The 6-foot-4, 208-pound infielder was named to the All-Gainesville Regional team after leading the Hurricanes with a .444 average in postseason play. The Miami native batted .284 in his first campaign in the orange and green.

Miami also brings in the No. 7 overall recruiting class in the nation, according to Baseball America. The Hurricanes’ heralded class is comprised of 18 newcomers, which features 11 freshmen and seven transfers.

Nine Hurricanes were listed among Perfect Game’s Top 500 incoming freshmen, including four in the top 200.

Right-handed pitcher Karson Ligon and outfielder Lorenzo Carrier headline the class, checking at No. 41 and No. 76, respectively. Meanwhile, right-hander Gage Ziehl, who was selected in the 11th round of the 2021 MLB First-Year Player Draft by the Chicago Cubs was ranked 130th and outfielder/infielder Renzo Gonzalez was slotted at 169th.