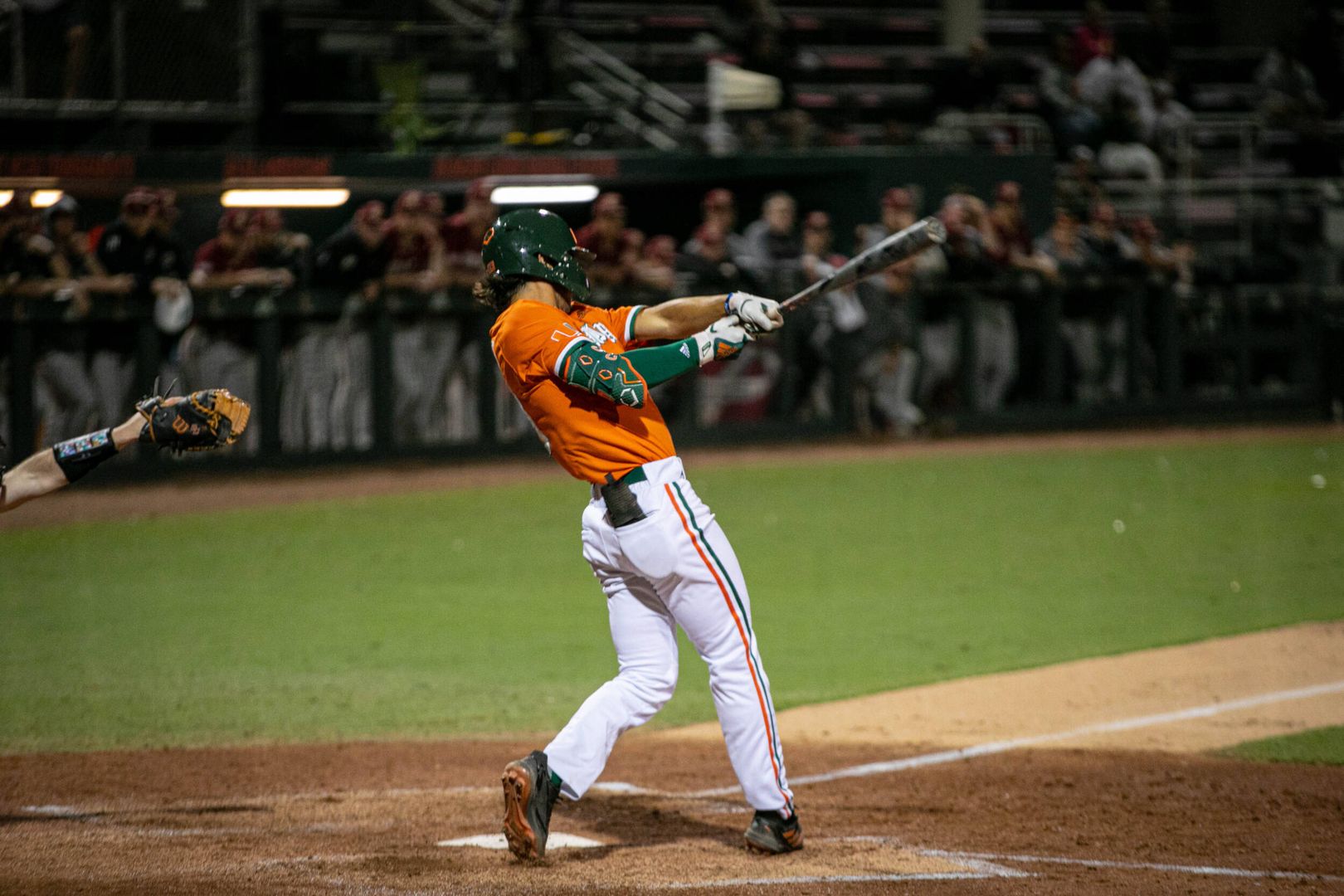 “We played a much more complete game,” Miami head coach Gino DiMare said. “We pitched, played good defense, made no errors and made the plays we’re supposed to make. We put some pressure on them and were able to get some hits and some situational hitting. They didn’t play very well defensively and we took advantage of that.”

The Hurricanes (10-4, 1-1 ACC), who totaled 11 runs on a season-high 16 hits Friday, carried the offensive momentum into Game Two of the three-game series.

Miami scored seven runs across the first five frames to take control over the Eagles (6-7, 1-1 ACC).

On the first pitch of the third inning, shortstop Dominic Pitelli launched his team-leading third home run to put the Hurricanes ahead, 1-0. 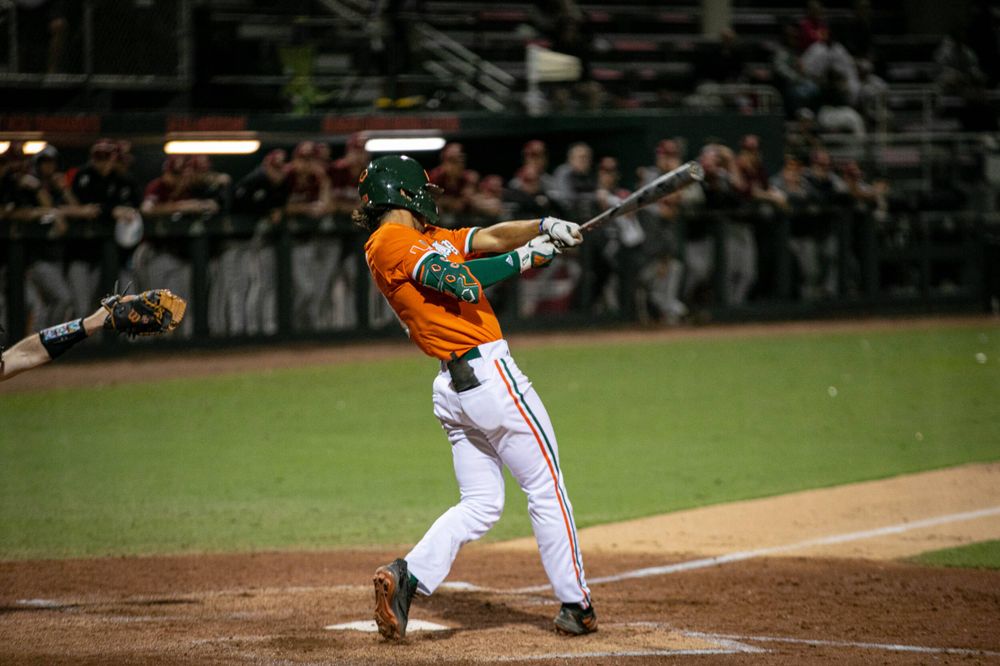 “He’s not in there to hit homeruns, but he’s got some pop,” DiMare said. “He did a good job of keeping his hands back and drove it to right field. He’s a lot more confident at the plate, you can see it in his body language. It’s extremely important to have somebody down at the bottom of the lineup that can be taxing at-bats for pitchers.”

After Boston College first baseman Joe Vetrano answered with a blast of his own, the Hurricanes scored four runs in the fourth to retake the lead.

Pitelli followed with a sacrifice fly, extending Miami’s advantage to 4-1.

Third-year sophomore Jacob Burke capped off the four-run frame, driving in Long with a base hit.

“We wanted to pick up where we left off last night,” Pitelli said. “We put balls in play and did well with runners in scoring position. Each guy came through in big spots today.”

The Hurricanes scored twice more in the fifth, capitalizing on a Boston College error before tacking on four more insurance tallies in the seventh.

Pitelli led the offensive charge, matching a career-high with four RBI while Lorenzo Carrier, who snapped an 0-for-19 skid with a base knock in the fourth, finished with his fourth multi-hit performance of the season.

Miami starter Karson Ligon (2-1) dominated the Eagles, striking out seven across six strong innings. Ligon retired nine of the final 10 batters he faced after surrendering the solo shot in the fourth. 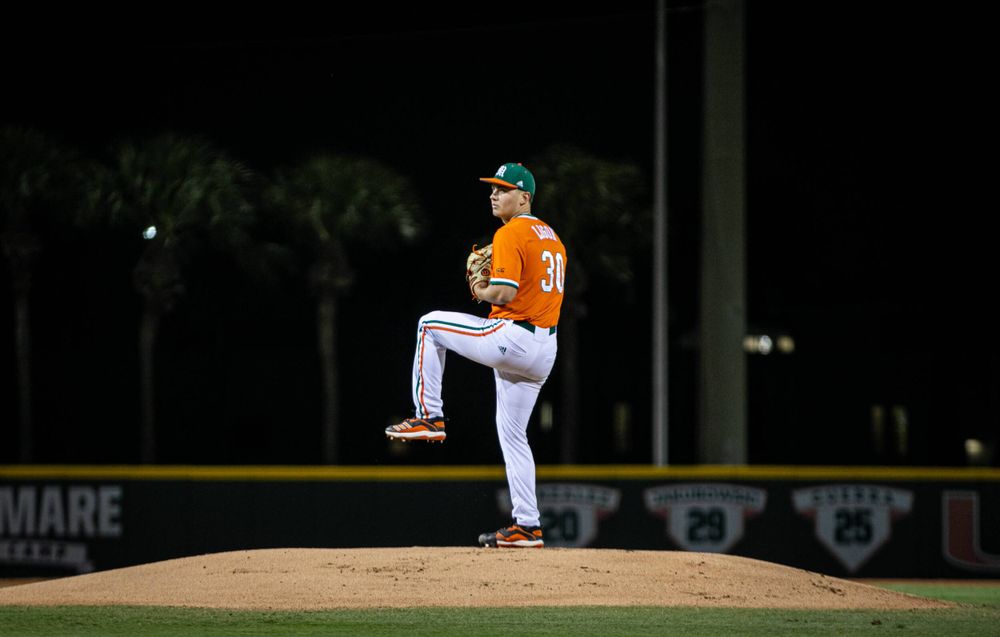 “It starts on the mound,” DiMare said. “Karson Ligon threw outstanding. He’s really stepped up and performed for us when we’ve needed him. He pounded the zone and his fastball command seemed to be good.”

With their first ACC victory, the Hurricanes force a rubber game Sunday against the Eagles. First pitch is set for 1 p.m.