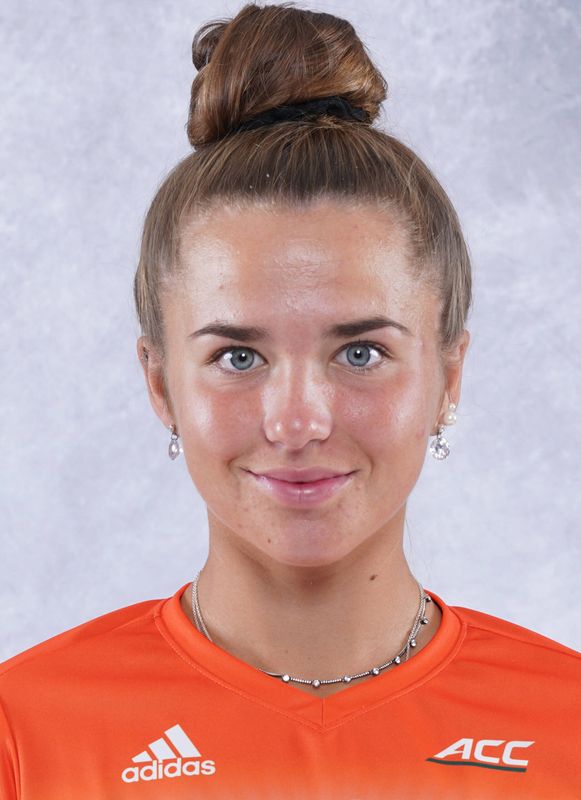 Prior to College: Reached No. 850 in the WTA rankings and No. 47 in the ITF rankings, both in August 2022 … Peaked at No. 375 in the ITF Juniors rankings in January 2021 … Amassed a 13-6 record in ITF Juniors competition … Won two ITF Juniors doubles titles in Offenbach, German, in 2020 … Also claimed an ITF Juniors singles crown in Oslo, Norway, in 2020 … Reached the final of a $15K ITF tournament in Monastir, Tunisia, in 2022 … Claimed five German championships, including four in doubles … Competed in a European Cup in the Czech Republic … Class president in high school … Attended the same school as Steffi Graf and Alexander Zverev.

Personal: Full name is Mia Noel Mack … Born Oct. 16, 2004 … Parents are Dirk and Stefanie Mack … Father is a professional soccer coach and mother is a physiotherapist … Has an older brother, Luca, who plays professional soccer … Intends to major in psychology … Favorite athlete is Ashleigh Barty because of the way she played, as well as her attitude both on and off the court … Best sports memories are winning the German singles championship and playing in the European Cup … Chose Miami because of the excellent academics and tennis program … Committed to Miami over Arizona State, UC Santa Barbara, Charlotte, LSU and TCU.