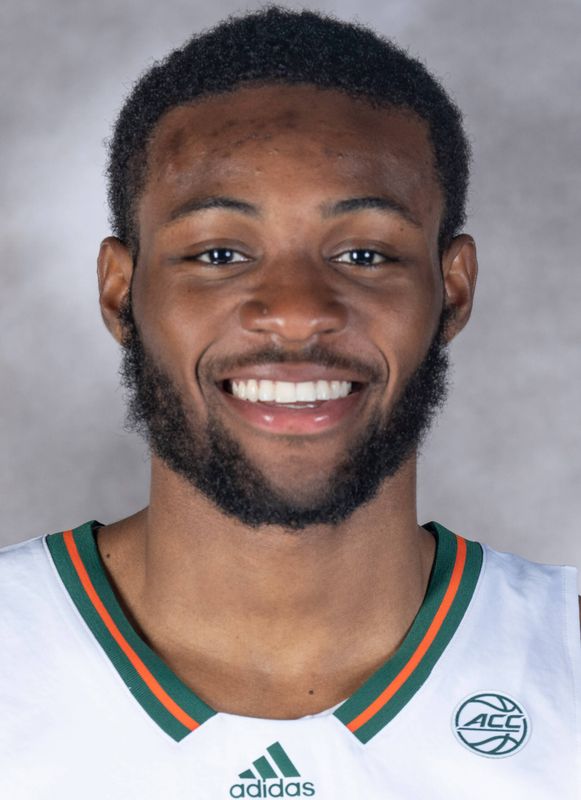 As a Freshman (2021-22): Played in 34 of 37 contests … Averaged 2.3 points and 1.4 rebounds in 8.6 minutes per game … Made his collegiate debut in the season opener against Canisius (11/9) … Recorded a season-high 12 points in 18 minutes at Florida Atlantic (11/16), shooting 4-of-5 overall, 3-of-3 at the line and making his lone 3-pointer in his first road outing … Tallied six points, five rebounds and a 4-of-4 mark at the stripe, setting season highs in makes and attempts, in 15 minutes of play against Florida A&M (11/21) … Registered eight points in 18 minutes versus Dayton (11/25) in Kissimmee, Fla., and shot 4-of-4 on free throws for the second game in a row … Played a season-high 21 minutes at Penn State (12/1) and scored four points … Logged six points on 3-of-5 shooting, as well as two assists, against Clemson (12/4) in his first ACC outing … Finished with five points, five rebounds and a season-best four assists in 15 minutes versus Lipscomb (12/8) … Registered eight points on 3-of-5 shooting, adding a season-best two steals, against Stetson (12/20) … Posted four points and a season-best six rebounds, the most of any Hurricane, in the victory at second-ranked Duke (1/8) … Notched four points and five rebounds, connecting on his lone 3-pointer, in 16 minutes at Pittsburgh (2/22) … Tallied his third multi-assist outing with two in the NCAA Tournament Round of 32 win against No. 8/7 Auburn (3/20) … Grabbed four rebounds in 13 minutes in the Elite Eight against the eventual NCAA champion, third-ranked Kansas (3/27).

High School: Graduated from Math, Civics and Sciences Charter School (MCSCS) … Labeled a four-star recruit by 247Sports and Rivals … Considered the fifth-best recruit in Pennsylvania by Rivals and sixth-best by 247Sports … Ranked No. 78 overall, including No. 18 among shooting guards, by Rivals … Listed as the nation’s No. 121 player by 247Sports, while finishing No. 123 the 247Sports Composite rankings … Three-star prospect according to ESPN … Three-time all-state pick … Garnered 3A First Team All-State recognition and led MCSCS to the state semifinals as a senior … Averaged 22.0 points and 5.0 rebounds per game as a junior, nabbing PIAA 2A Player of the Year and First Team All-Philadelphia Public League accolades … Helped his team reach the 2A state quarterfinals before the remainder of the season was canceled … Also led MCSCS to both its first Philadelphia Public League title game appearance and championship, tallying 23 points, six rebounds, three assists and two steals in the league final to earn MVP honors … Averaged 14.5 points per game as a sophomore, receiving 2A Second Team All-State honors … Guided his school to the state title, its first crown in eight years … Started playing high school basketball as a sophomore and scored over 1,000 points before the end of his junior season … Samir Doughty, a 2020 First Team All-SEC performer at Auburn, also attended MCSCS.

Personal: Full name is Nisine Hamir Poplar, but goes by Wooga … Nickname is pronounced WUH-Guh, legal name is pronounced Niye-SEEN and last name is pronounced POP-Lurr … Born Jan. 5, 2003 … Parents are Hisine Poplar and Monica Solomon … Has a younger brother, Niare … Majoring in exploratory arts & sciences with a minor in sport administration … Enjoys riding dirt bikes … Favorite athlete is LeBron James because he is a leader on and off the court … Best sports memory is winning a state championship … Committed to Miami over offers from schools such as Auburn, Georgetown, Georgia, LSU, Marquette, Maryland, Penn State, Seton Hall, VCU, Virginia Tech and Wichita State, among others.