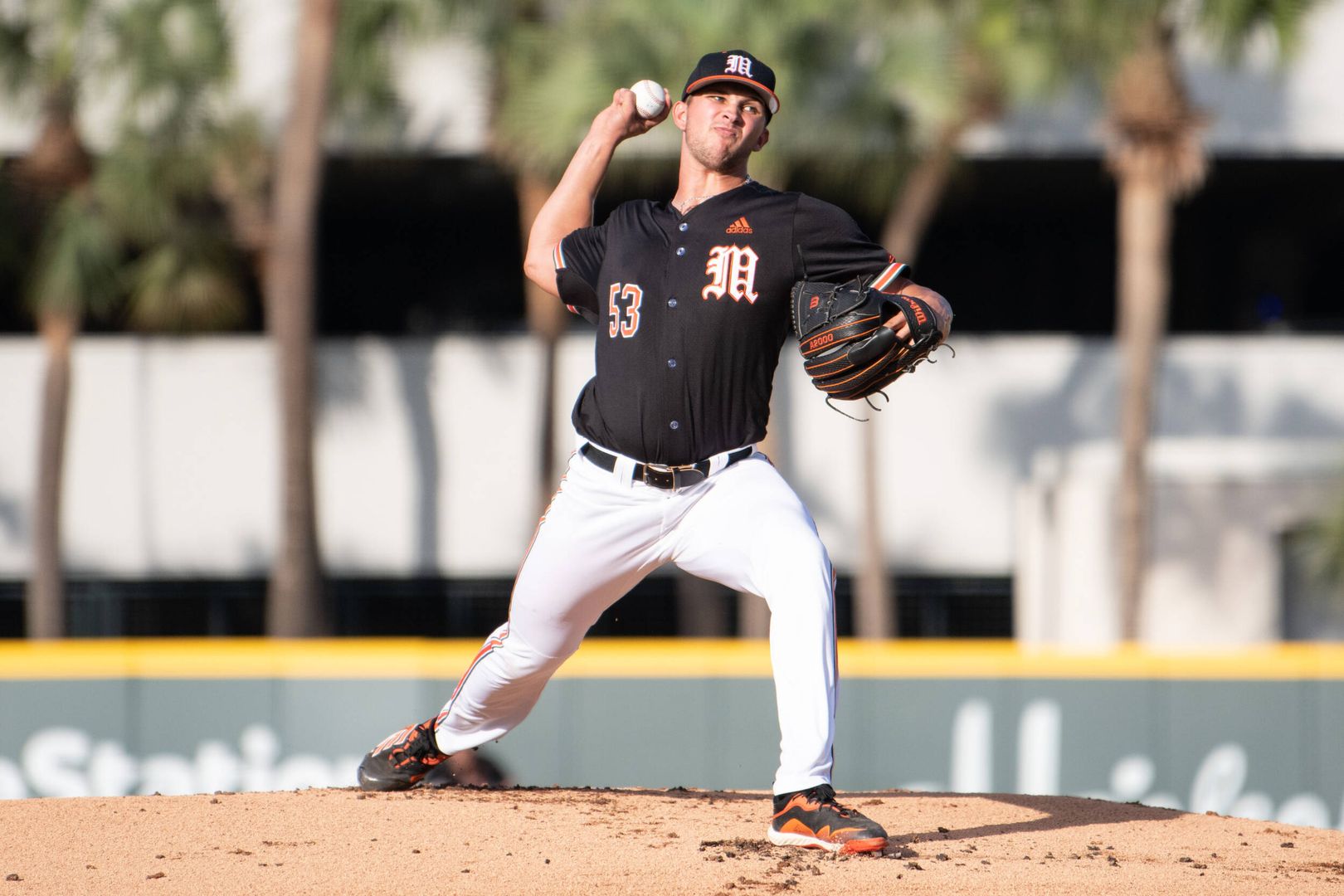 The Eagles entered Tuesday with the sixth-most runs in the country, scoring nearly 10 times per game.

But the Hurricanes soared to the occasion.

“It worked out the way we wanted it to,” Miami head coach Gino DiMare said. “We were hoping to get three innings from [Jordan] Dubberly and he ended up throwing four, which was great. He was throwing strikes, getting ahead of hitters. He looked really good. All the guys behind him threw outstanding.” 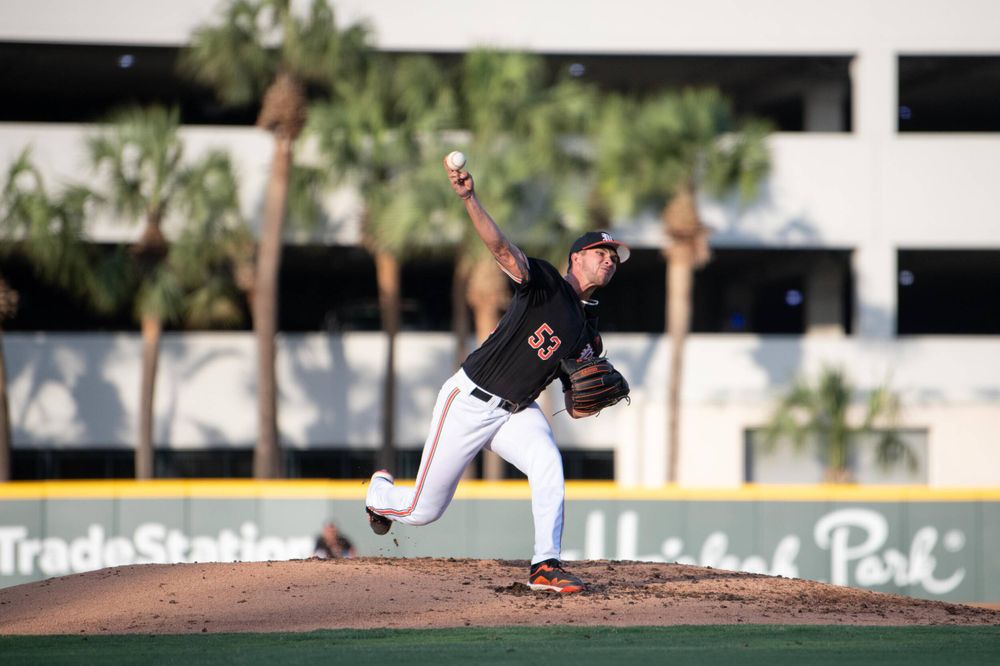 Dubberly (2-0) tossed four innings, surrendering one earned run on three knocks. After allowing back-to-back singles to begin his first start of the year, the redshirt junior retired 13 of the last 15 batters he faced.

“Most of my pitches were working pretty well, so I was trying to do a good job of locating,” Dubberly said. “The job stays the same, whether you’re out of the bullpen or you’re starting the game. I kept going right after them.”

The quintet of relievers combined to throw five hitless innings, setting down 15 of the final 16 Eagles.

As a staff, the Hurricanes struck out 13 Eagles, while only issuing one free pass.

“The squad is coming together,” said Walters, who locked down his ACC-leading ninth save by punching out the side in the ninth. “We’re making pitches, that’s the biggest thing. It’s not about how hard you throw it and how fast you can spin it. It’s about making pitches in the right spots at the right times.”

After FGCU pushed across an unearned run in the first, the Hurricanes responded with two tallies in the bottom half.

“When a team scores, you want to answer right back,” DiMare said. “It was a good job of answering and then our pitchers holding them to a zero the next inning.”

Villegas plated a tally in the second with an RBI groundout, padding Miami’s lead to 3-1.

FGCU cut the deficit in half with a solo shot in the fourth, but the Eagles wouldn’t mount any more offense.

“Over the last couple of weeks, those guys in the middle of the bullpen, have done a great job,” Miami associate head coach/pitching coach J.D. Arteaga said. “They’ve been really, really good. The backend has been really good all year, but those middle guys are stepping up.”

Miami is in the midst of a nine-game marathon in 12 days, which continues Wednesday against FIU.

“Hopefully, Jake tomorrow will give us some good innings as a starter and be efficient like he normally is so we can save some of the bullpen,” DiMare said. “We knew we were going to have to throw a lot of guys, It worked out how we wanted it to.” 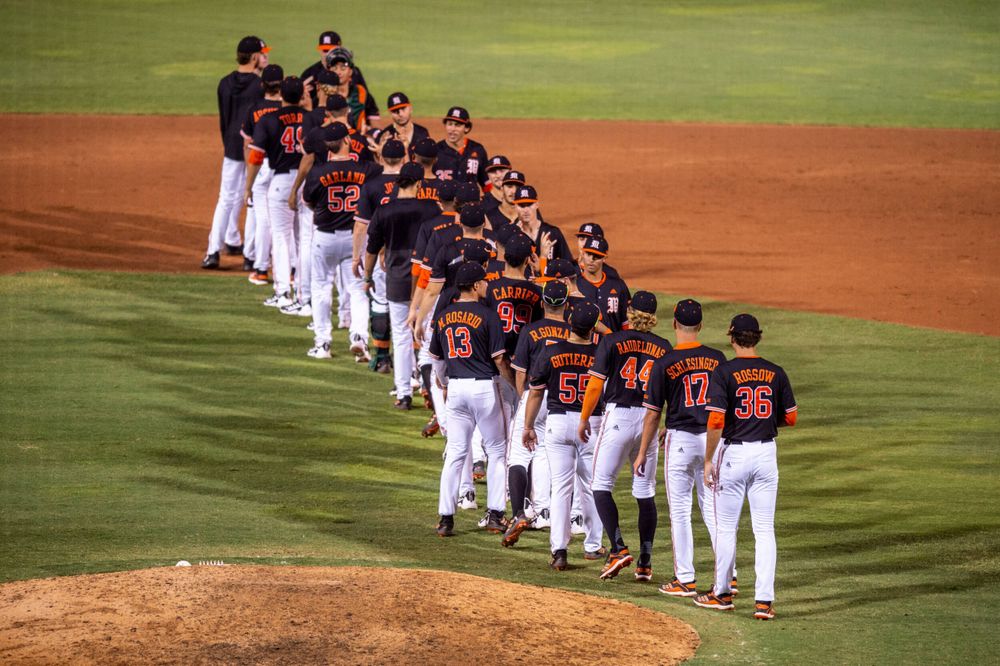