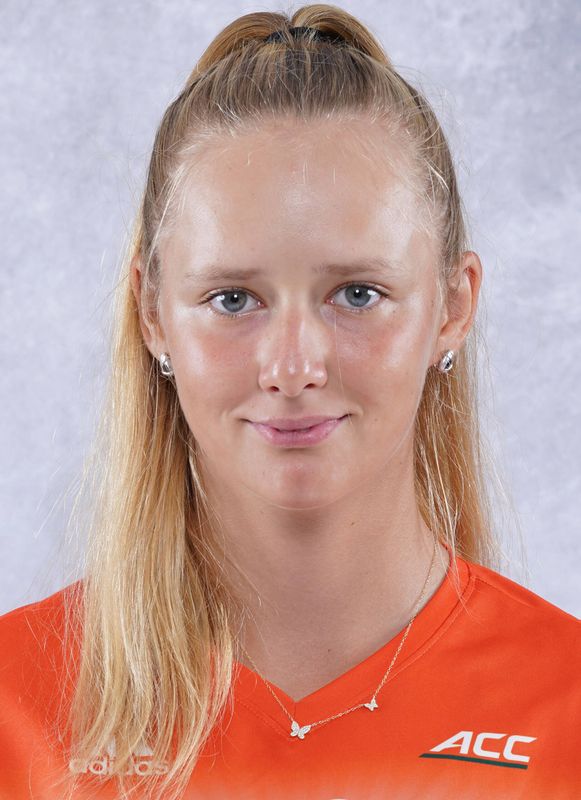 Prior to College: Peaked at No. 53 in the ITF Juniors rankings in January 2021 and entered college at No. 135 internationally … Owned WTA rankings of 1,507 in singles and 1,665 in doubles at the time of her enrollment … Competed in both the Wimbledon Junior Championships and the US Open Junior Championships in 2021 … Won five amateur titles, including a J2 trophy in Shymkent, Kazakhstan, in October 2021, as well as three J3 events and one J4 tournament.

Personal: Full name is Tatyana Nikolenko … Name is pronounced Tat-Ee-AH-Nuh Nee-Koe-LEN-Koe … Goes by Tati … Born Jan. 2, 2004 … Parents are Yuri and Elena … Father is a lawyer and mother is a secretary … Has an older brother, Artem, and a younger brother, Yaroslav … Major is undecided … Enjoys drawing, swimming and weaving … Favorite athlete is Rafael Nadal because of his playing style … Best sports memory is paying in the Wimbledon Junior Championships … Chose Miami because she liked all the University had to offer … Committed to Miami over FIU, Georgia, Iowa State, Oklahoma, USF, Texas A&M and VCU … First player from Kazahkstan to play for Paige Yaroshuk-Tews at Miami