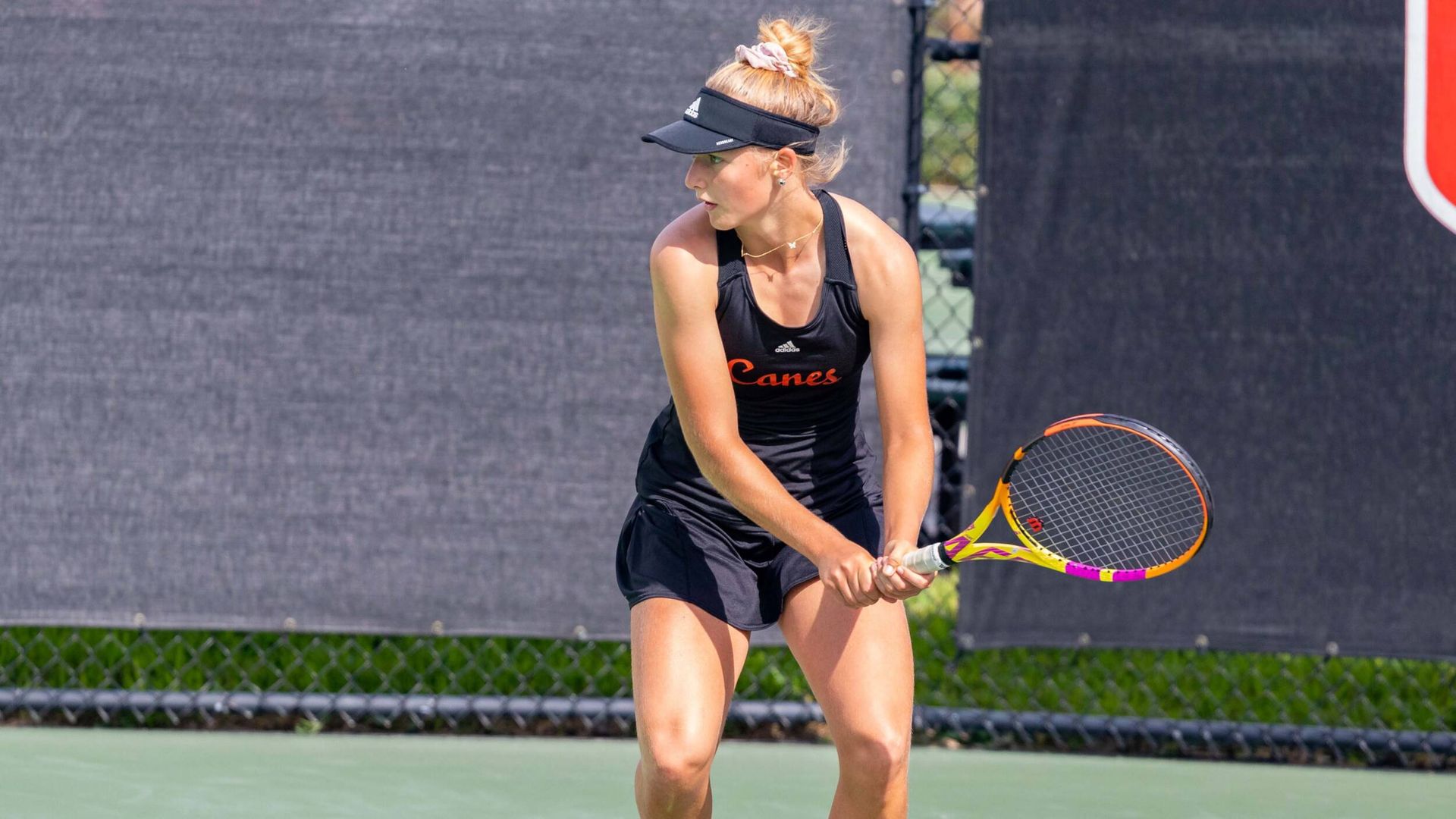 CORAL GABLES, Fla. – For the fifth time in the last eight weeks, the University of Miami women’s tennis team is top-10 in the ITA national team rankings, as announced Wednesday morning.

Miami (17-5, 10-3 ACC) jumped three positions and now places ninth overall, tied for its third-highest mark of the season. This is also the 11th time in a row the Hurricanes are top-15 in the country.

The Hurricanes are yet again one of 11 ranked ACC teams. This week, after a computerized double-run, there are eight in the top 35, six in the top 25 and five in the top 10. Miami is joined by top-ranked North Carolina, fourth-ranked Duke, fifth-ranked Virginia, sixth-ranked NC State, No. 23 Wake Forest, No. 33 Georgia Tech, No. 35 Florida State, No. 47 Notre Dame, No. 62 Syracuse and No. 63 Clemson.

As has been the case since Feb. 24, Miami also has three singles players in the national rankings. Fourth-year junior Daevenia Achong sits at No. 33 to lead the way, claiming her fourth consecutive top-35 spot. Fifth-year senior Eden Richardson places No. 37, her highest position of the season, and sophomore Isabella Pfennig comes in at No. 32.

In addition, the Hurricanes have three ranked doubles duos for the first time since March 19, 2019, over three years ago. Achong and Richardson hold the No. 13 position, the highest ranking for any Miami pair since Achong and Daniella Roldan took the same spot on May 1, 2019, also in the pre-NCAA Championship rankings.

Third-year sophomores Diana Khodan and Maya Tahan come in at No. 54 in the country, while Tahan pairs with freshman Tatyana Nikolenko to form the No. 76 pair. This is the first collegiate ranking, in singles or doubles, for Nikolenko.

The complete ITA poll can be found HERE. Beginning earlier this month, all three sets of rankings update weekly for the remainder of the year.

Ninth-seeded Miami begins its 26th straight NCAA Team Championship appearance Friday at 1 p.m. when it hosts No. 61 Stetson in the Round of 64 at the Neil Schiff Tennis Center. Beforehand, at 10 a.m., No. 21 UCF plays No. 41 Alabama in the other first-round matchup.