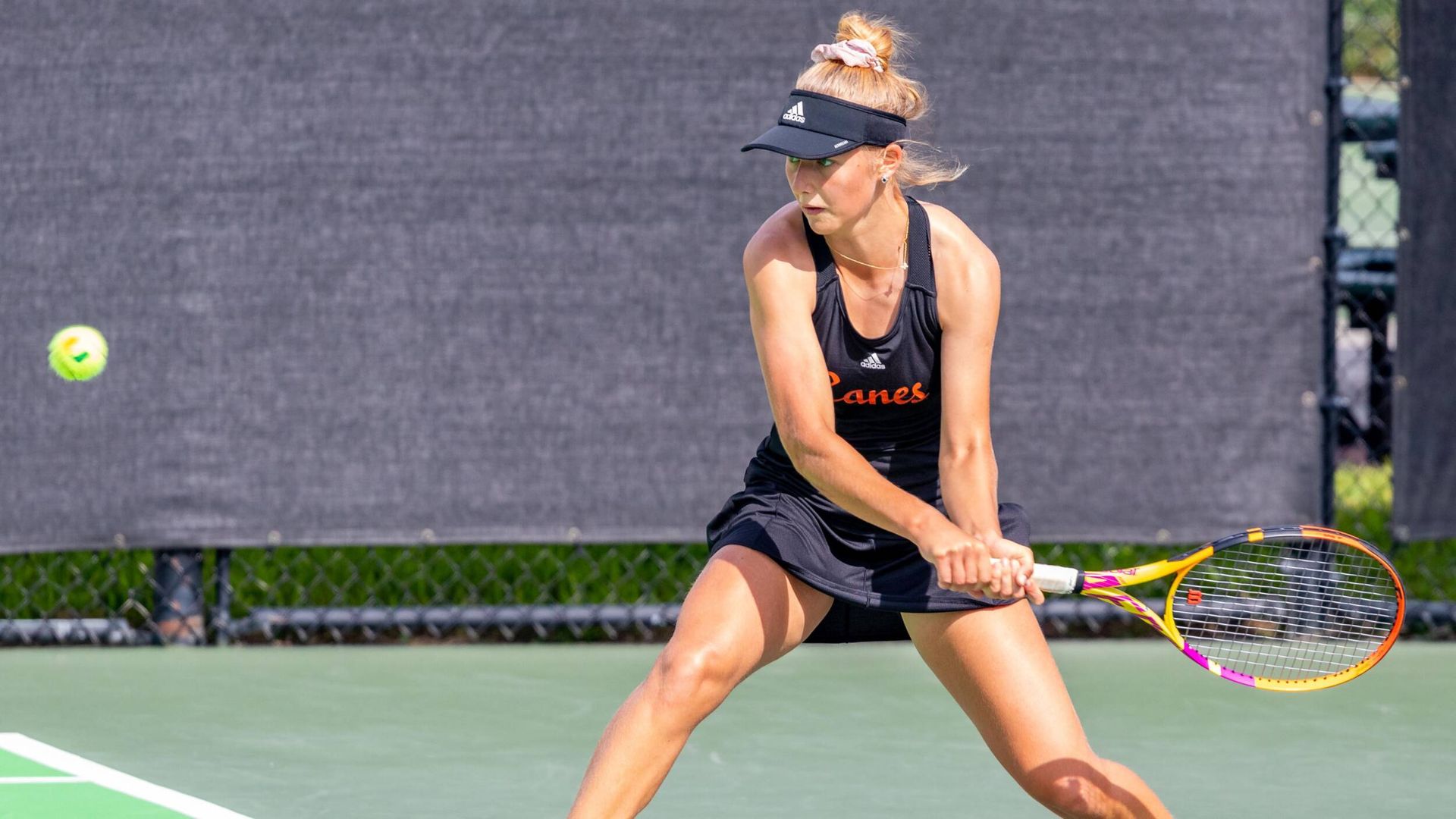 NOTRE DAME, Ind. – The University of Miami women’s tennis team dropped a 5-2 decision Friday evening at No. 44 Notre Dame in their first indoor conference match of the year.

The homestanding Fighting Irish took the first three points at Eck Tennis Pavilion and withheld a comeback bid by the visitors across a quartet of three-set matches. It marked the first time this season eighth-ranked Miami (13-4, 7-3 ACC) fell to a lower-ranked opponent.

Notre Dame (12-8, 5-5 ACC) got off to a strong start on multiple doubles courts and, despite Miami fighting off simultaneous match points on both of them, eventually closed each of them out.

Just a minute later, in a top-50 affair, No. 41 Maria Olivia Castedo and Page Freeman won, 6-4, against the Hurricanes’ No. 20-ranked duo of fourth-year junior Daevenia Achong and fifth-year senior Eden Richardson to clinch the opening point. It marked just the fourth time in 17 outings Yaroshuk-Tews’ team fell short in doubles.

Then, Andreach stopped No. 28 Achong’s 12-match winning streak with a 7-5, 6-2 decision, giving the Geleen, Netherlands, native her first setback since January.

Nikolenko tallied the first victory—in singles or doubles—of her collegiate career to get the Hurricanes on the board. She defeated Meghan Coleman, 6-0, 5-7, 6-2, in the first of the four three-setters.

With three contests remaining, all in decisive sets, the Hurricanes soon held an edge in two of them, while deadlocked on the other. Boch-Collins led Castedo, 5-2, while Pfennig had a 3-0 advantage on Yellayi and Tahan sat even, 3-3, with Ghosh.

The Hurricanes, however, could not claw all the way back. Ghosh took each of the next three games to finish off a 6-1, 4-6, 6-3 victory over Tahan and clinch the match for the Fighting Irish.

The Hurricanes now travel to Louisville, Ky., where they conclude their regular season road slate Sunday at noon against Louisville